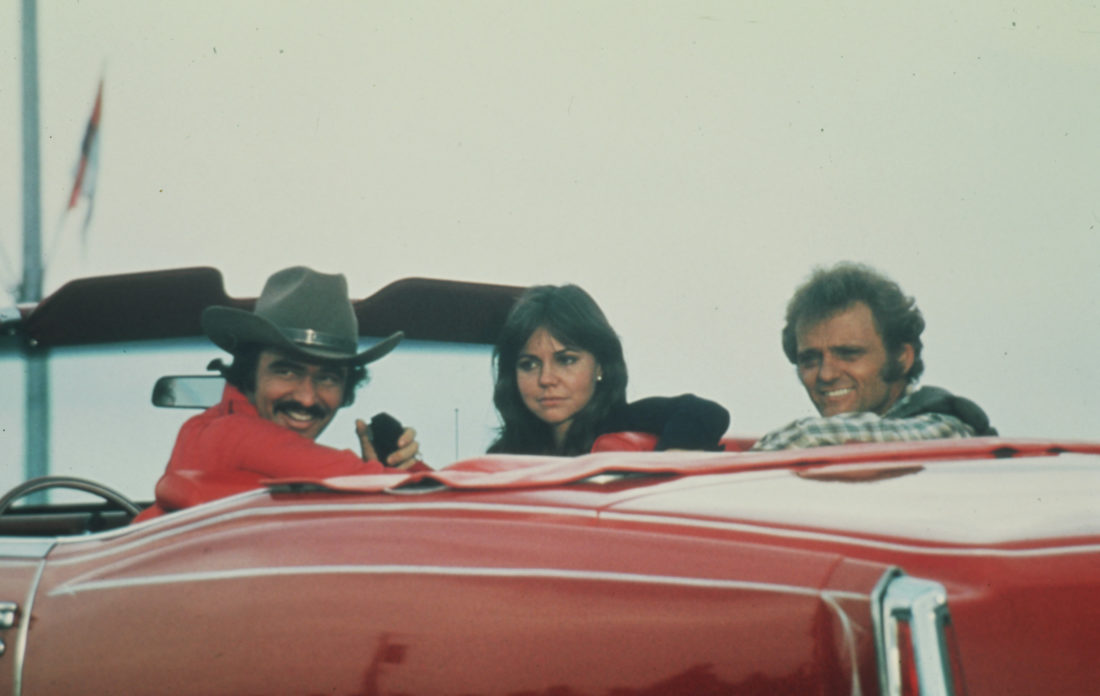 The first Star Wars film might have been 1977’s big summer blockbuster, but another action movie raced into the collective imaginations of many Southerners that year, too: Smokey and the Bandit. The Burt Reynolds-led classic was released forty years ago this summer, and helped spawn a host of late-70s, early-80s car-chase capers, from The Dukes of Hazzard to The Cannonball Run. To honor its place in pop culture history, Turner Classic Movies will re-screen Smokey and the Bandit at nearly 700 theaters on Sunday, May 21, and Wednesday, May 24. Check here for tickets and to find a participating theater near you. Burt Reynolds as “Bandit” and Sally Field as “Frog.”

Reynolds, at the height of his dashing appeal, plays Bo “Bandit” Darville, a speed demon who bets he can get a bootleg load of Coors beer from Texarkana, Texas, and back to Atlanta in twenty-eight hours. At that time, Coors wasn’t available east of the Mississippi. Bandit runs interference in a Pontiac Trans Am ahead of his truck-driving buddy, Cledus “Snowman” Snow (country singer Jerry Reed, who wrote and sang the soundtrack, including “Eastbound and Down”). Along the way, Bandit picks up a runaway bride, whom he nicknames “Frog” (Sally Field), and continually dodges irascible Texas sheriff, Buford T. Justice (Jackie Gleason), on a chase across the Southeast. Ben Mankiewicz, a Turner Classic Movies host who is providing commentary for the re-release, was a kid growing up in Washington, D.C., when Smokey and the Bandit came out. He loved the flick so much that he made his dad take him to the theater three times to see it. “I was probably the only ten-year-old who considered this the summer’s big movie, not the other one,” he laughs. 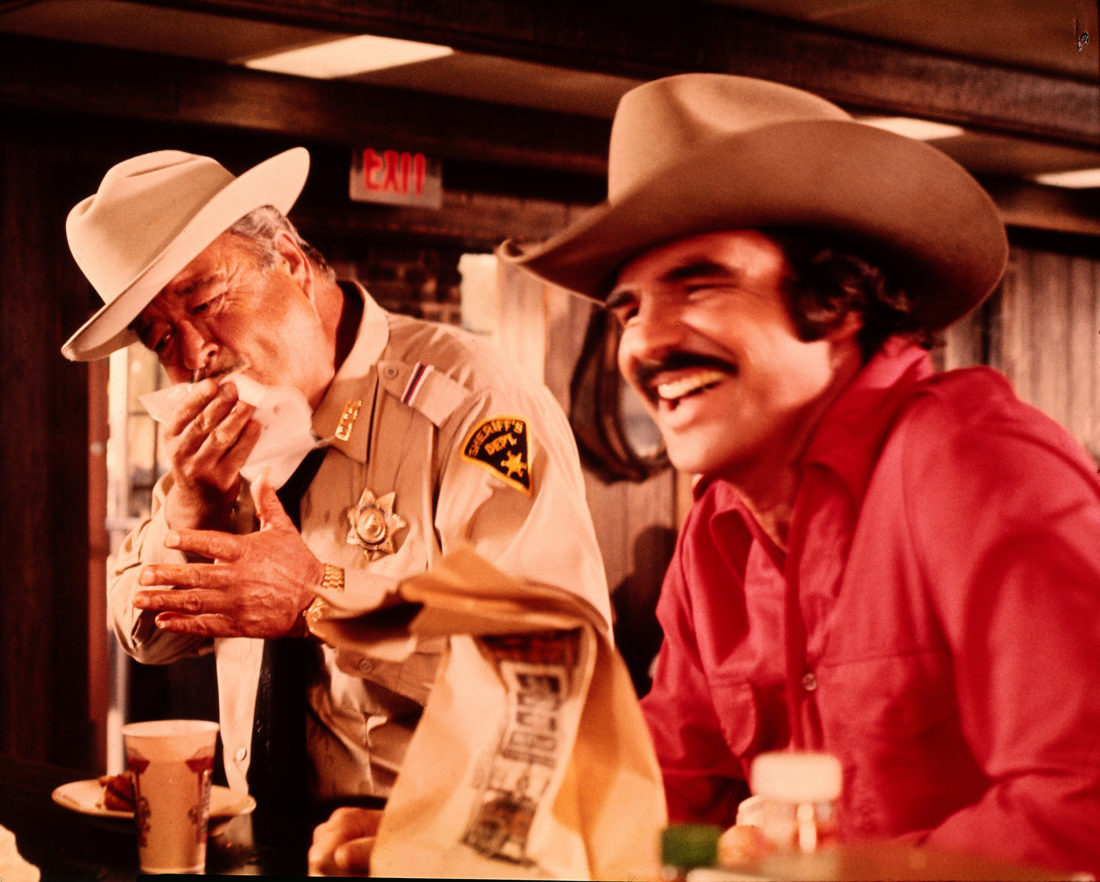 Aside from the car chases, three things about the movie were magical to Mankiewicz back then: Cledus’s sluggish Basset Hound named Fred (“I now have a mutt, and her name is Bob.”), Bandit and Cledus chatting over CB radio (“It was my first exposure to a ‘buddy’ movie.”), and the tomboy beauty of Sally Field. “I loved the way she scrunched up her legs on the dash of the car, and that Bandit called her ‘Frog,’” he says. “I remember giggling at that every time, and from then on, I loved how nicknames instantly signaled affection.” Forty years later, the film still stands the test of time. “It’s still funny,” Mankiewicz says. “Not only is it a great car chase movie, it’s a well told story with a star actor at his charming best, an emerging leading actress, and a bad guy that you can’t quite hate.” Gleason gives a trooper a piece of his mind.

Buford T. Justice was in fact based on a real cop that Reynold’s dad knew when he was the police chief of Riviera Beach, Florida. “There was a cop who would always say ‘sumbitch,’ and do things like tell his assistant he wanted a burger when he really wanted a bourbon,” Mankiewicz says. “Burt told Gleason about it, and Gleason fully embraced it and mostly ad-libbed the character off that.”

Naturally, the setting—from Atlanta to Texarkana and back again—was also crucial to the success of the film. “It’s all about car racing, something that matters in the South,” Mankiewicz says. “I don’t think the movie would work as well if these guys were smuggling beer from Colorado to Cape Cod.”