Get an exclusive peek inside Bow & Arrow, a new restaurant blending ’Bama and Texas barbecue traditions from chef-on-the-rise David Bancroft Just three years after chef-owner David Bancroft opened the fine-dining-focused Acre in Auburn, Alabama, the James Beard Foundation took notice—he earned his first Best Chef: South semifinalist nomination in 2016. Now Bancroft is synthesizing the two locales of his upbringing—Alabama, where his family has deep roots, and South Texas, where his parents moved when he was five—in Bow & Arrow, which starts serving Auburn’s hungry War Eagle crowds on Wednesday, November 7. Bancroft describes the casual spot as “Texas smokehouse meets Alabama potluck.” Think brisket, turkey, sausage, and two kinds of ribs—beef back and St. Louis style—sharing space on a tray with Tater Tot casserole, collard greens, and butter beans, with brownies or pecan pie for dessert. (No plans for tomato sandwiches… yet. But you can find this one on Bancroft’s menu at Acre.) Outside, a parking-lot garden will yield figs and pomegranates—one destined for desserts, the other for margaritas. The interiors, by Atlanta-based Emi K. Mason, nod to Bancroft’s lifelong love of hunting; more than a dozen mounted bucks combine to form what he calls a “community hunting gallery.” As for B&A’s kitchen and pits, the setup is a little like something from Willy Wonka’s factory. There’s an automated tortilla machine (“like one I remember watching as a child in San Antonio,” Bancroft says) and a glass-fronted hearth-style pit built by Kudu Grills of Macon, Georgia, that’s topped by a “meat chandelier” festooned with smoked sausage and chickens. “It’s going to be a big, constant Sunday supper,” Bancroft says, “that happens to be around a fire.” 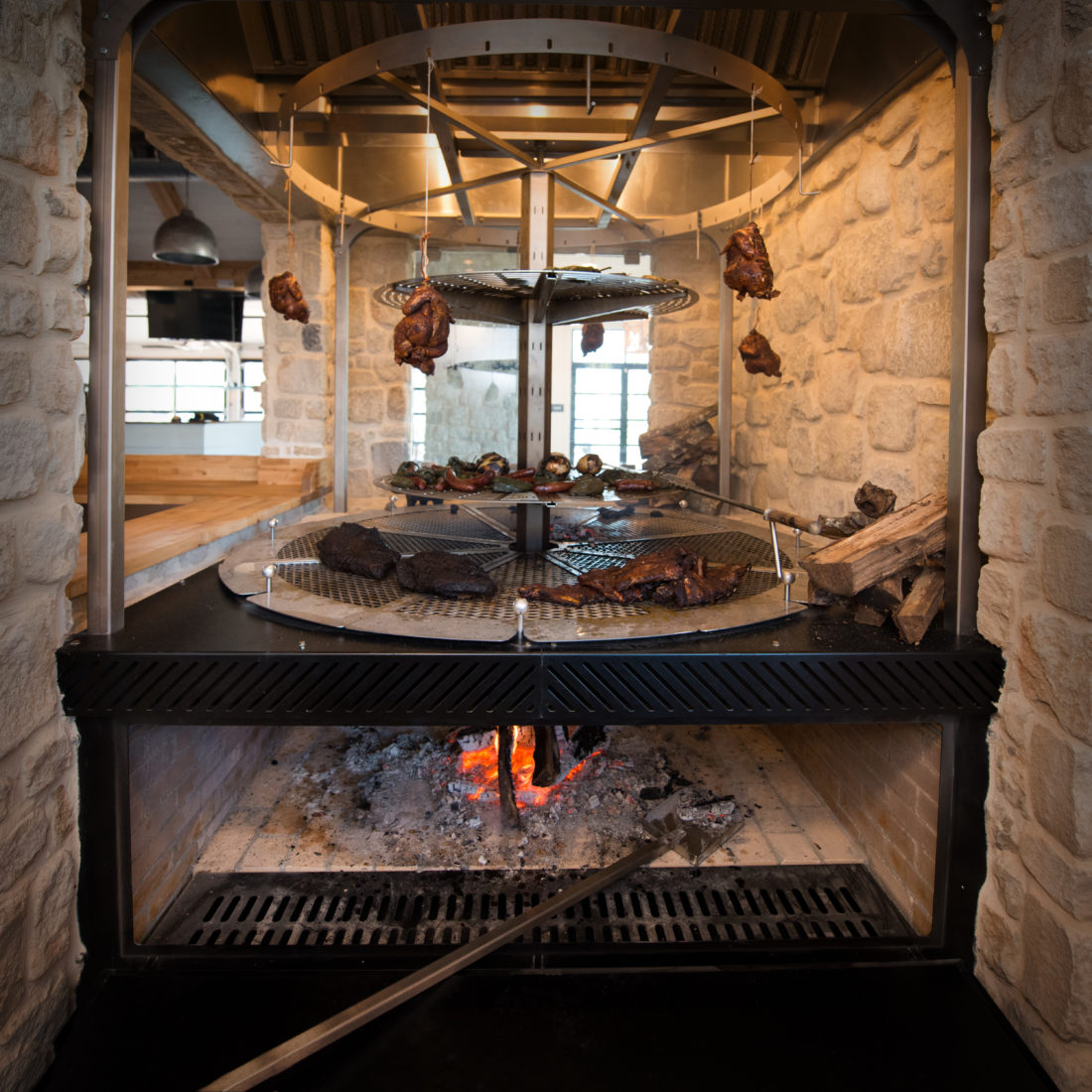 The custom Kudu-built pit and “meat chandelier” at Bow & Arrow.