Jessi Colter on The Psalms and Life with Waylon

If there were a Presidential Medal of Patience, Jessi Colter should be on the short list to receive the honor. The wife of the late Waylon Jennings and an exceptional singer, Colter more than held her own as a woman among the rest of the Outlaw Country movement in the 1970s (her picture appears right next to Willie Nelson’s on the cover of the famed 1976 Wanted! The Outlaws album) before putting her own career on the sidelines in the 1980s as Jennings struggled through addiction and medical issues. But on March 24 she will release The Psalms, her first album in eleven years. To say that The Psalms is unique would be an understatement. While playing majestic, fluid piano, Colter sings lyrics from the Psalms of David while collaborator Lenny Kaye adds haunting guitar lines. The pair first met when Kaye was working with Jennings on his autobiography in the 1990s and found Colter at the piano, spontaneously playing chords and melodies that she felt fit the Psalms’ words. They finally recorded the material essentially on the fly ten years ago, and since then Kaye has added delicate percussion parts along with keyboards and strings. The cover of An Outlaw and a Lady.

On April 11, Colter will also release her long awaited autobiography, An Outlaw and a Lady: A Memoir of Music, Life with Waylon, and the Faith that Brought Me Home. The book is full of vivid anecdotes with Jennings and delivers a steely pick-me-up message of returning to her faith. We’re presenting the exclusive premiere of the video for the gorgeous “Psalm 75 Unto Thee” from the upcoming album, and we caught up with Colter by phone from her home outside Phoenix to talk about the book, Bob Dylan, and that time Muhammad Ali drove Waylon’s bus.

I have to say, your record is unlike anything I’ve ever heard, and I mean that in a positive way.
I was raised in an environment where I had to become the church pianist at 11, which meant that I had to learn the hymns and all the verses. My mother would often sing from one song to another and not even sing the whole song. It’s funny, because I saw Bob Dylan recently, and I spoke to him afterward and said, “You’re kind of moving along with your songs like you’ve been raised in church.” When I played them for Lenny Kaye, they stuck in his mind. Then he brought it up after I was visiting [my son] Shooter in New York, and I had been without Waylon a number of years, and he said, “Let’s do that.” So it was a very rare creative happening, and it is every time Lenny and I are together and talk. He has this marvelous vibe, and that’s definitely what made the record possible.

I’m wondering if you think there is sort of a universal message of comfort here for those of different faiths.
Absolutely. I was amazed how in different moods it could begin to alter the way I felt. It would kind of center me.

You mention at the beginning of the book that you never thought you could write an autobiography. What powered you over that first hurdle of actually just sitting down and writing?
[Co-author] David Ritz was sent into my world, and when he approached me, in the first four minutes he said, “I would like to do the story of your life along your spiritual journey.” And I don’t know what made him say that exactly, but it clicked.

What struck me in the middle part of the book when you and Waylon had separated for a time, is that you say you didn’t separate because of his antics, but because you were rediscovering your faith.
Waylon and I had done everything together, and when you’re in your 20s, you’re kind of molding to somebody in some ways. Especially when you’re crazy in love with him. But [my faith] wasn’t something I could share. Waylon wasn’t there, yet. And I found that very difficult, but I had to learn to live with it because I just saw he wasn’t going to be there on that level.

There’s another incredible scene in the book where Waylon flushes $20,000 of cocaine down the toilet and says he’s going to be sober. Did you believe him?
Yes. He did not lie. He would never promise something he didn’t think he could do. As rough as he could be in some areas, that’s one thing you really came to trust, you know? 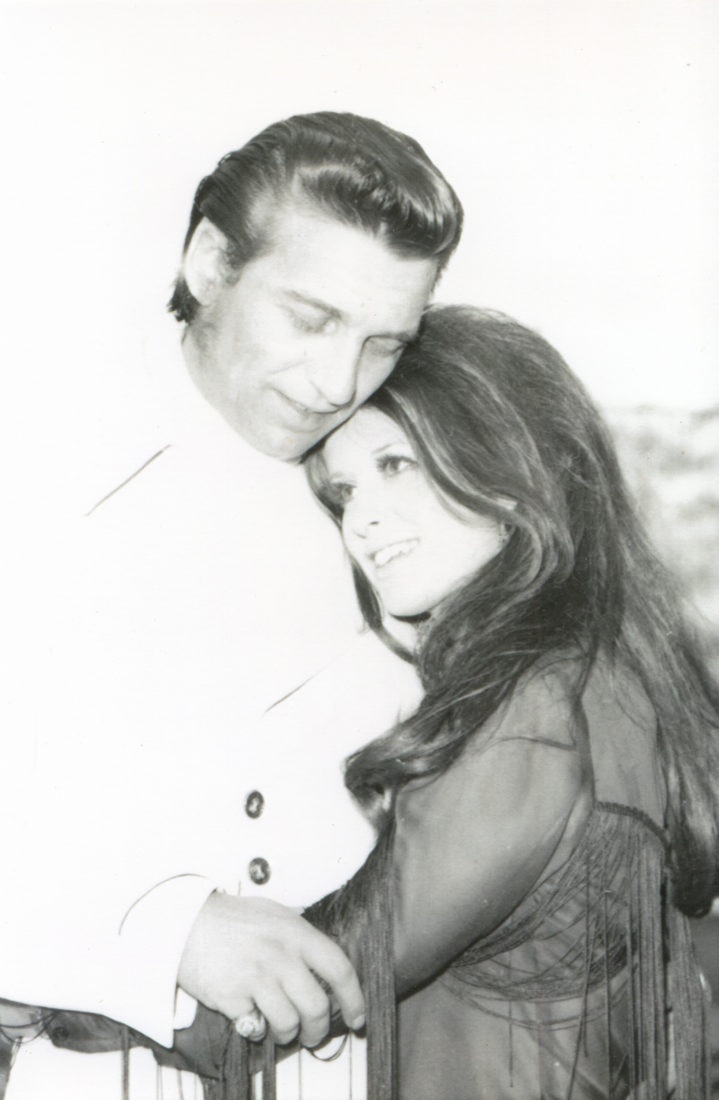 “He was my cowboy. Clean-shaven Waylon at the start of our lifelong love affair.”

And then things turned for the better.
When Waylon accepted his faith, it surprised himself, and I just loved it. We were raising a beautiful son. We were having beautiful parties. We were rich in life. He was really able to work less in the years that his health was challenged and make twice as much. When I see his life line, it was wonderful how good the good things were.

You guys threw some killer parties at your house in Nashville.
Well, you know, every party meant something. It would be a milestone. Birthdays. Shooter’s baptism. Waylon’s 44th birthday, where I had Ernest Tubb come, which was so great. I threw a sobriety party for Johnny Cash. It was such a compliment that Johnny asked me to have it because June [Carter Cash] was known for her parties.

Muhammad Ali was a guest, and he turned out to be one of Waylon’s closest friends.
Oh, he adored him. Kris Kristofferson introduced him to Waylon. Waylon liked him so well we invited him to Shooter’s christening. And then Muhammad took our bus and drove it Louisville, and it wasn’t even finished.

Muhammad Ali drove the bus?
Yep. The seats weren’t even completely in it. He just thought it would be fun. Waylon let him. Waylon kept a picture of Muhammad in every house we had. He just looked at him as someone who stood up for what he believed, right or wrong. “Waylon always wanted a ‘decent wedding’ and surprised me with this ceremony on our 25th anniversary.”

Are there certain things that trigger memories of Waylon?
There is an aura, so to speak, about him that is part of my identity and part of who I am. That will never change. I’m at the point now at fifteen years [after his death] that I can laugh a lot. He had such wit. There’s a great picture of him looking at me and pointing his finger. He’d say, “You’re in trouble,” meanwhile it was him that was in trouble. He’d come in after he’d been out for days and say, “Let me show you a song.” You know, like “Good Hearted Woman” or something. “Walking the landscape of my beloved Arizona during a photo shoot for Out of the Ashes, my album produced by the wonderful Don Was.”

I know you live out in Arizona, but do you follow country music now and some of the new outlaws?
You know, there’s some talent out there. And I’m not saying this because he’s my son, but Shooter is the most innovative and talented one out there. But of course he’s been kicked out of the country music establishment. It’s kind of pop right now. It’s less distinguishable who is who. I like Dave Cobb, and Chris Stapleton’s just one of those great voices, and Sturgill [Simpson] is interesting. But it all remains to be seen. But you know what? They’ll never be what we were. We had a marvelous thing happen. Waylon had everything to do with the Outlaws album being cut, and he cut it for pennies and the thing broke the bank. There will never be that again. “What a joy to compose with my son, Shooter!”

To go back to something you said earlier, you met up with Bob Dylan recently?
Yes. He played here in Arizona, and he called us back to see him after the show. Shooter has opened some shows and been at festivals when Dylan’s there too, and Bob always asks about me, which amazes me. But he came right off the stage and gave me a hug and asked me, “Are you doing anything?” I said, “Yes, I’ve just done a Psalms album.” And for some reason, he said, “I’ll put in a word for ya.” 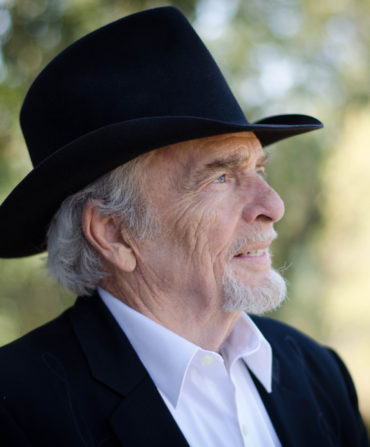 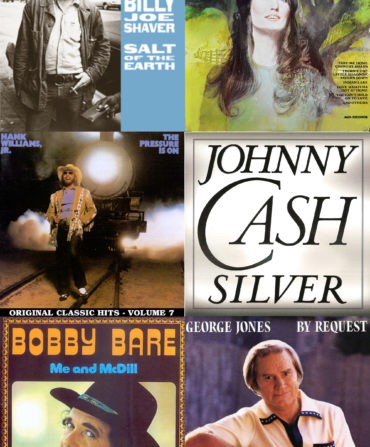 The Outlaws’ Most Wanted Music

A classic country playlist from the original outlaws