A drink with a long history in the Tar Heel state 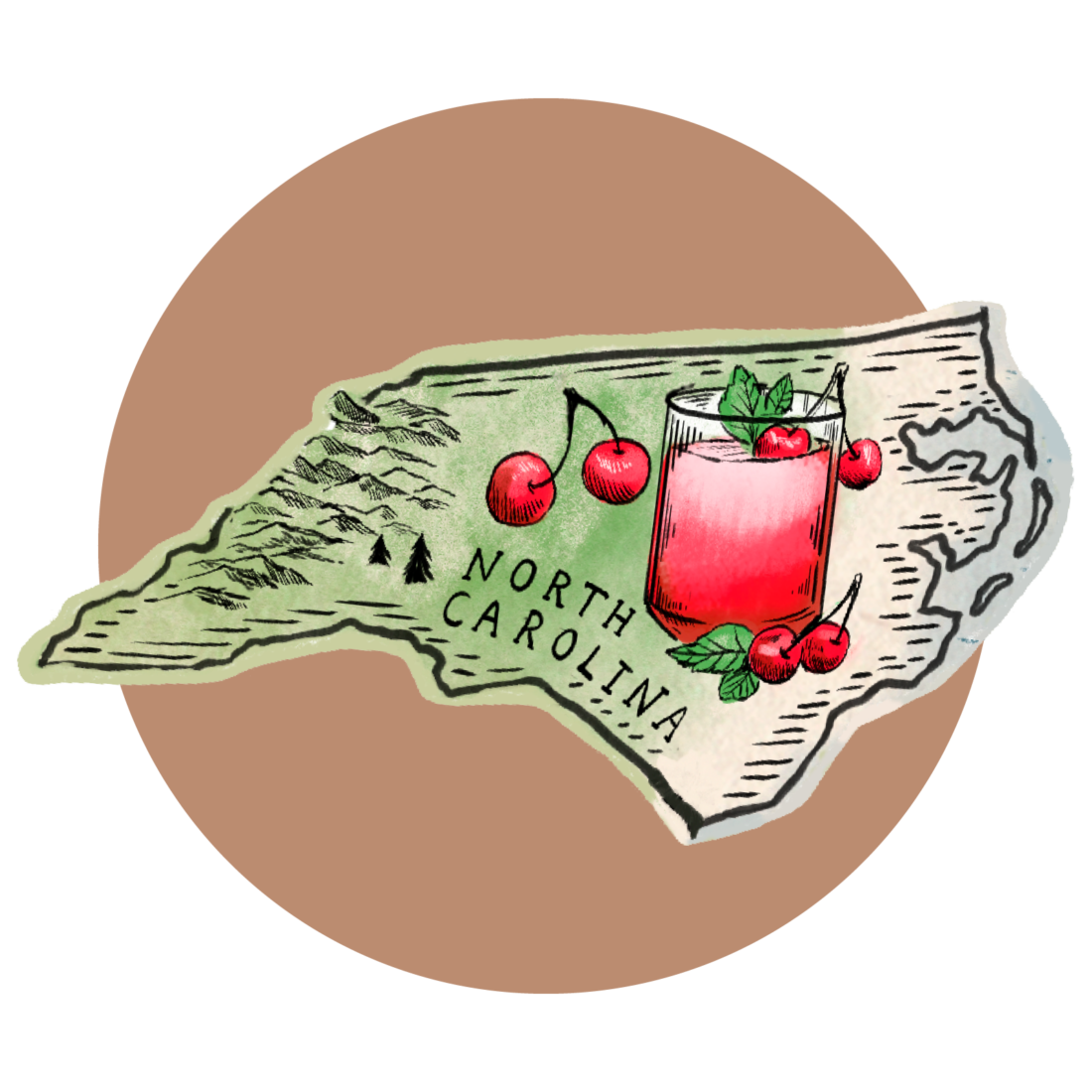 A state with two styles of barbecue is big enough for two versions of one drink. In Raleigh, Cherry Bounce is the official cocktail of the state capital. The story goes that the common colonial recipe of cherries and sugar steeped in brandy was a favorite of commissioners charged with finding land for a new capitol building in 1792. They conferred at two taverns known for serving potent cherry bounces, and may have purchased land from the tavern owner who most overserved them. In the mountains, though, Cherry Bounce was moonshine-based. In his book Tar Heel Lightnin’, historian Daniel Pierce tells of Amos Owens, a moonshiner whose reputation derived from his Cherry Bounce—unaged corn liquor, sourwood honey, and cherry juice from his own orchard. Despite repeated prison terms, Owens held an annual Cherry Bounce Festival that became known as a violent bacchanalia. Modern versions usually replace brandy or moonshine with vodka.

Recipe from Dave Rose, owner of the now-closed Deep South the Bar. Reprinted by permission from WALTER magazine.