The Only Tomato Pie Recipe You’ll Ever Need

A Birmingham, Alabama, chef makes a deep-dish take on the summertime classic 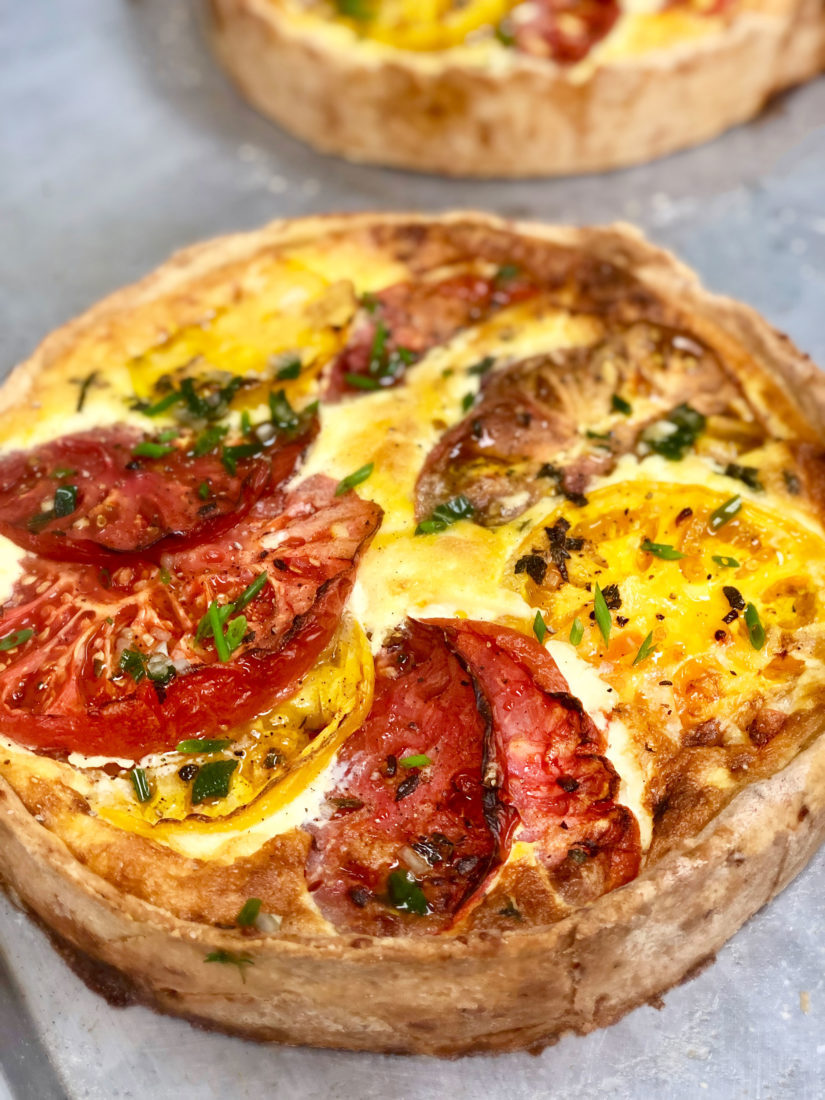 In Birmingham, Alabama, Black Sheep Kitchen regulars start clamoring for chef Julie Grimes’ tomato pies in early March, even though the best tomatoes from local growers are still months away. In one form or another, the pies have been on the summer menu at Grimes’ grab-and-go dinner shop since she opened it four years ago.

“I wanted something simple and tasty to highlight our glorious tomatoes,” Grimes says, although finding the right recipe took a bit of tinkering. “First I made shallow tarts in fluted pans,” she says. “Then I tried them in round pans and then switched to rectangular.” Everything came together in her second year of business when she landed on using spring-form pans, which have steep straight sides—and allows each pie to contain more tomatoes suspended in a velvety custard hug. From there,  a new Magic City tradition was born, with Grimes offering both 4-inch individual and 9-inch family-size pies every “Tomato Pie Tuesday.” 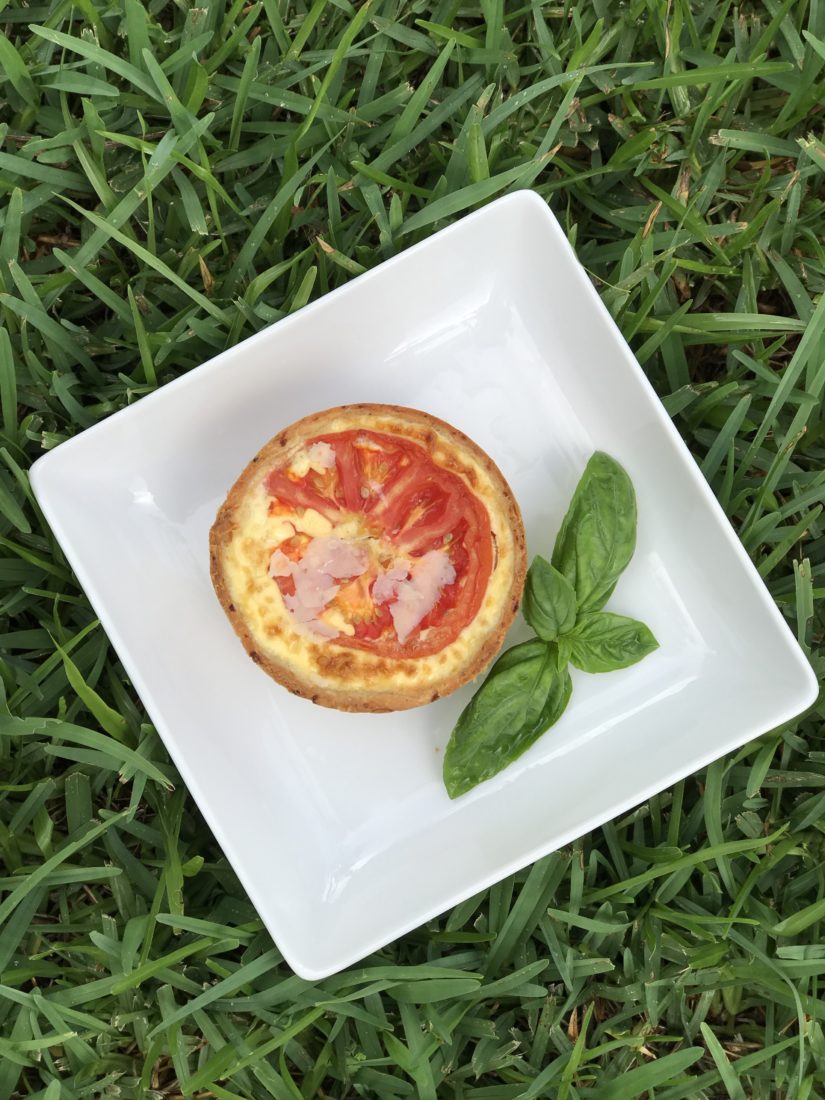 “Beyond that, the elements haven’t changed all that much. It was just a matter of working things out to the right proportions. My menu changes weekly, and these pies are the only item we sell that appears as a weekly special every single week—during tomato season, that is.”

Growing up in the west Texas town of Seagraves, Grimes had a backyard garden teeming with everything from peas and beans to watermelon and tomatoes. It’s where she learned that starting with the best in-season ingredients makes all the difference. Later culinary mile-markers on her path included formal culinary training and a stint in the kitchen of Danny Meyer-owned Union Square Café in New York. In Birmingham, Grimes honed her skills as an editor and recipe developer before opening Black Sheep Kitchen, where her ready-made entrees like veggie lasagna and chicken piccata offer weeknight reprieve from cooking for young families and fill the coolers of folks heading to Lake Martin or the beaches of 30A.

Where tomato pies are concerned, Grimes asserts that there are two categories: “There is the one that is just slices of tomato with the big blob of mayo on top. But I like the other kind. I hate to use the word ‘quiche,’ but it has a custardy binder.” By late June, Grimes can supplement her found-at-the-farmer’s-market tomatoes with the more than two-dozen varieties grown at Sandlin Farms in nearby Holly Pond. (She’s partial to the Brandywines and Cherokee Purples.) Her crust gives them some strong competition, though. To create a texture somewhere between a pâte brisée, the classic French pastry, and a traditional Southern cheese straw, Grimes adds cornstarch for texture and cornmeal “for the snap” to a base of unbleached flour and butter, as well as a healthy dose of grated Gruyère and Parmigiano-Reggiano cheeses.

“We are so fortunate that tomatoes love the South, and our heat and humidity,” Grimes says. “Let’s show them off.”

If it’s too hot to even think about turning on your oven, Grimes recently partnered with Birmingham-based healthy meal-delivery service, Nourish, to ship her tomato pies to customers nationwide—at least until the good tomatoes run out in September.