From Winchester, Virginia, to worldwide acclaim: A look back at the velvet-voiced country music pioneer, fifty-five years after her death Patsy Cline was one of music’s greatest voices, but she was also one of the first bad-ass women in country music. Her take-no-guff personality and approach presaged the country-music outlaws that would follow decades after her 1950s and early 60s golden years. And, perhaps more important, Cline paved the way for such future superstars as Loretta Lynn, Reba McEntire, and Miranda Lambert.

With classic songs like “Walking After Midnight,” “I Fall to Pieces,” and “Crazy” (written by a young Willie Nelson), Cline found monstrous success on both the country and pop music charts, an achievement that many artists still yearn to match. But behind that sweet, honeyed voice was a woman of true conviction and a titan of female empowerment. She socialized with all the guys like Carl Perkins at Tootsie’s Orchid Lounge in Nashville, matching them drink for drink, smoke for smoke. She petitioned the Grand Ole Opry for admittance, becoming the first artist to join in that manner instead of being invited (true to form, she wore pants to the induction ceremony, bucking the normal attire of frilly gowns.)

Cline gave back as much as she got, too, providing professional advice and buying groceries for the likes of Lynn and Brenda Lee, sometimes even paying their rent. As Lynn said of Cline, whom she thought of as both a mentor and a close friend, in a 2016 Bravo TV interview, “When I’d go over, she’d be cookin’ for me, and when everything was over and she would start diggin’ in her clothes, finding little old stuff for me to wear, sweaters and stuff. And she’d load me down before the night was over.” 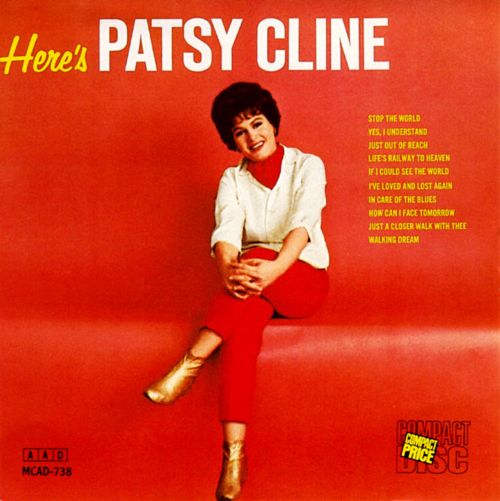 But Cline’s greatest influence was in touring and performing shows. She was the first female to receive top billing, her name above the male artists she was playing with on the marquee. During that time, many club owners were taking advantage of female artists, promising to pay them after the show but then disappearing when the gig was over. But Cline with her “no dough, no show” mantra demanded—and got—her money before she took the stage.

Ironically, she didn’t make much money for her last performance on March 3, 1963, which was a benefit for a Kansas City radio DJ who had died in a car wreck. Sharing the bill with George Jones, Dottie West, and the Clinch Mountain Boys, among others, Cline performed three sets that day ending with an 8 p.m. concert to raucous fans. The next day, Cline was supposed to take a private plane back to her home in Goodlettsville, Tennessee, but the airport was fogged in. West and her husband were going to drive home to Nashville and urged Cline to join them. She demurred and boarded another plane the next day. On March 5, 1963, Cline was killed when the plane went down in rough weather outside of Camden, Tennessee, just 90 miles from its final destination. She was only 30 years old when she was buried in her home town of Winchester, Virginia, but her stature has only increased through the following years.

A greatest hits collection released in 1964 has become one of the longest-charting albums in country music history. In 1973, Cline became the first female solo artist inducted into the Country Music Hall of Fame. “Sweet Dreams,” a 1985 film about her life, earned Jessica Lange an Academy Award nomination, and the musical “Always… Patsy Cline” has played across the U.S. since its 1988 premiere.

Cline’s most lasting legacy is, of course, her music. Here, we’ve compiled eleven of our favorite Patsy Cline songs and covers.