Home for the Holidays with John Isner

With a busy travel schedule and two young children, the Texas-based tennis star holds the season dear—fried turkey and all For John Isner, being home for the holidays has a special meaning these days. The pro tennis player, best known for winning the longest match in history at the 2010 Wimbledon Championships, plays a long annual season that takes him all over the world (this year, he’ll fly to Australia just three days after Christmas). Off the court, however, Isner has embraced his proudest role yet: husband and father. Now residing in Dallas, the athlete and his wife, Madison, have a one-year-old daughter and welcomed a son in October. With a growing family, it’s safe to say the duo has entered a new chapter. “Our approach to the holidays has changed so much since having kids,” Isner says. “Right now, everything we do this season is for them, in hopes that they might look back with good memories.” Isner’s own childhood proved a great model: Growing up in Greensboro, North Carolina, he and his two brothers prayed for snow on Christmas morning and fought their way to the foot of the tree at the crack of dawn. At home in Dallas, Madison’s hometown, the family is now forging traditions of their own, and Isner is making every moment count. “Of course there will come a time when I’m not traveling, but right now, being home for this stretch of the year is so important to me,” he says. “Once Christmas ends, I have to put my game face back on, so we try to soak in all the family time we can.” Dressed in easy holiday looks from Polo Ralph Lauren, available at Dillard’s, Isner shares some of his favorite traditions—both old and new.

Thanksgiving is probably my favorite holiday. We’ll gather with my wife’s family, eat a big feast, and watch some football. The Cowboys will be playing, and living in Dallas, it’s a huge tradition to watch that game.

Every year, our family fries a turkey. I’ve always thought the traditional preparation could be a little bland, so fried turkey is the way to go for us—it’s certainly not the healthiest, but if there’s ever a time to go all in, it’s on Thanksgiving. It’s truly a full-day affair, too. Oftentimes the neighbors will come over later on, and we’ll be drinking wine, playing games, and eating leftovers well into the night. My wife really gets into the Christmas spirit, so she definitely takes the reins when it comes to decor—our lights are up now, and we’ll get a tree no later than December 1. People go all out with their Christmas lights in our neighborhood, and starting at the beginning of December, there are these beautiful carriage rides from sundown until 10:00 or 11:00 p.m. You can hear the horses’ hooves clomping on the street for hours; it’s actually very relaxing. Now that my daughter is a little older, we’re planning on doing it for the first time this year—we’ll get bundled up with blankets and hot cocoa, the whole nine yards. Joining their neighbors in Christmas cheer, Isner and Madison dress their home for the holidays.

From the Kitchen with Love

My mother always makes Moravian sugar cakes at Christmastime. When we were younger, she would send my brothers and me on a dispatch run to deliver fifteen or twenty of them to neighbors and friends around town. We had such a blast doing that—at ten, eleven years old, it was awesome feeling like I had this important job to do. My mom still makes those cakes today, but I don’t think she’s delivering them as much—she doesn’t have her three lackeys around anymore! Going to church on Christmas Eve is something my wife and I both did growing up, and still do today. The church is walkable from our house, so we’ll attend an evening service together. Not forgetting what Christmas is all about is very important to our family. Amid the hustle and bustle, Isner shares a quiet moment with his daughter in the den.

When we get home, I’m no longer the guy hanging out in the Carolina Panthers jersey like I would be if I were home in North Carolina—now it’s me, my wife, her two brothers, my in-laws, and all the kids, all wearing matching pajamas. I can’t wait until they’re old enough to start believing in Santa Claus—then it’ll be even better than it is right now.

Shop the Polo Ralph Lauren looks and more at Dillards.com or a local Dillard’s near you. 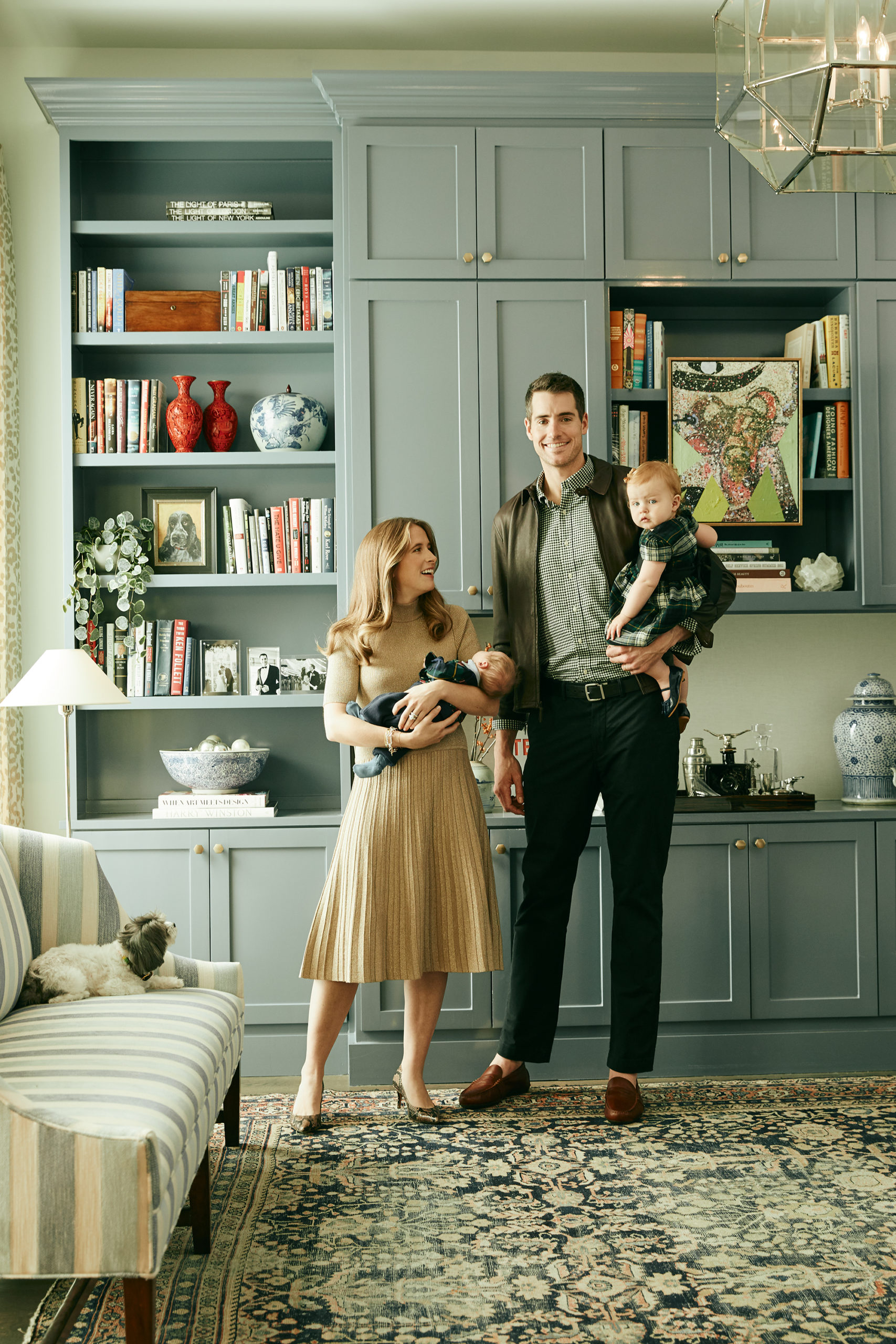