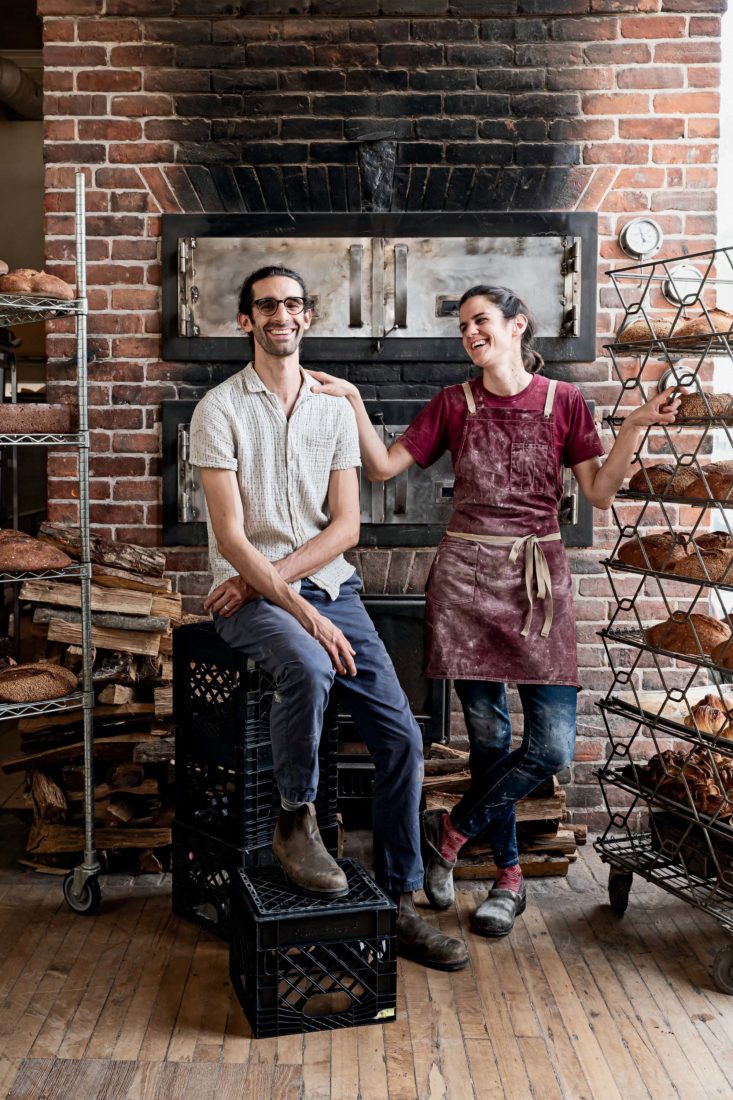 Evrim Dogu (left) and his sister, Evin Dogu, with their daily bread.

Siblings Evrim and Evin Dogu know there are easier ways to bake bread. But for the co-owners of Richmond’s Sub Rosa Bakery, using regionally grown grains and baking in a wood-fired masonry oven aren’t negotiable. Not when the resulting smoke-kissed flavors of their farmhouse ciabatta, salami and cheese croissants, and beef börek are so remarkable. Not even when a fire nearly destroyed their bakery in 2013. They rebuilt, determined to keep sharing their love of old-world flavors, and now, seven years in, Sub Rosa has become a River City staple. But the Dogus—children of Turkish immigrants, they were born in Baton Rouge and spent their formative years in Northern Virginia, where their father operated a restaurant—want their breads to help change the way people eat. Last October, Evrim helped form the Common Grain Alliance, a nonprofit that links mid-Atlantic farmers, millers, and bakers with the aim of advancing the South’s sustainable food movement and putting more whole grains on the region’s tables.

“There’s something about the way a croissant caramelizes in a wood-fired oven that’s different than if you baked it at home,” Evin Dogu says. “We wanted to create a bakery that broke everything down to its purest, simplest form in the way it was baked originally.” Adds Evrim Dogu: “With craft baking, what makes it a craft is that you’re not just blindly pressing the button, getting the widget out. You’re dealing with something that’s alive, that’s a living medium. And that extends to the fire—the fire is living. The wheat, the moment you grind it, is alive and starting to degrade.”

“Baking with a wood-fired oven, you don’t have the guarantee that it’s going to come out the same every time,” Evin says. “So we use our knowledge of bread proofing and fermentation, and mix that with an ability to gauge the situation, and adjust the way we bake accordingly. We’re baking on a clean hearth that’s been heated by the fire that was built the afternoon before. It’s a retention-heat oven, so it’s accumulating more and more heat each day. If the oven’s really hot, we might have to open the flues or rotate everything. It keeps us on our toes.”

“We both take feeding people very seriously,” Evrim says. “It’s how we express ourselves and how we say things that can’t be said in words—we say them with our food.” “In Turkish hospitality, it’s important to open your home,” Evin adds. “We grew up always having guests over and helping my parents with everything that goes along with it. We sat at the table every night for dinner. We were never allowed to watch TV while we ate. Eating was something you do together around the table, and there was always bread. ”