The chef is back with a new cookbook, plus a vision to de-stress his kitchens, put his phone away, and deliver some “big, big, big” plans for getting Southerners to eat more kudzu Chef Sean Brock is not worried. He’s in East Nashville, staring at the site where his two new restaurants, Red Bird and Audrey, are slated to open next year, watching trucks move earth. “I learned the hard way that ‘future-tripping’ is a very dangerous addiction,” Brock says. In addiction-recovery groups, future tripping is a term used for the intense anxiety brought on when worrying about what could lie ahead. “I’m taking things slow and trying to make the next right decision,” says Brock, who is sober, a new father, and this month will release his long-awaited second cookbook, South. 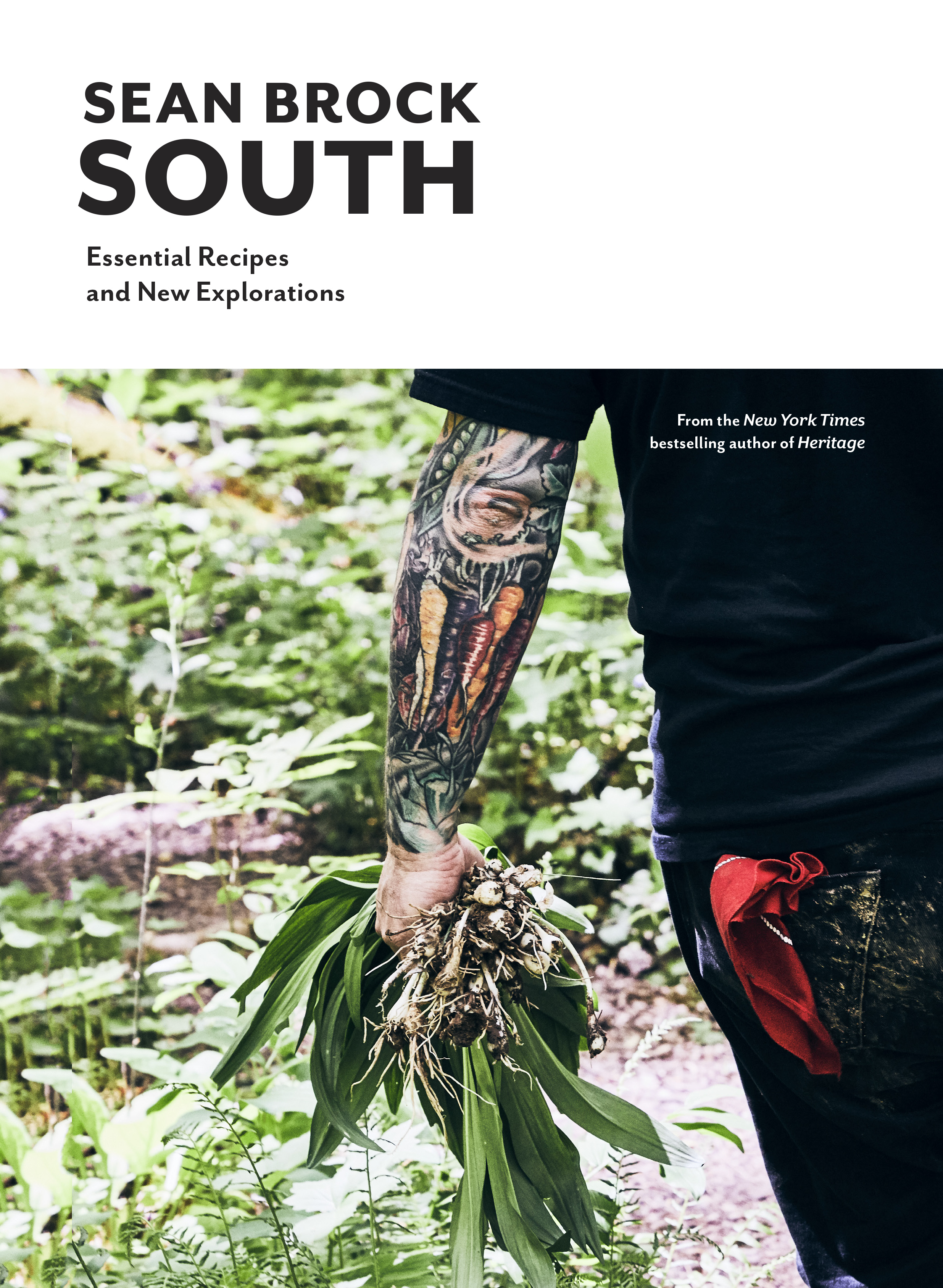 After making his name with Lowcountry cuisine in Charleston at McCrady’s and Husk (and then expanding his Husk empire to Greenville, Savannah, and Nashville, before stepping down from those restaurants in 2018), Brock has turned his focus back to the Appalachian foods he grew up with in rural Wise County, Virginia. “I’m not trying to create an Appalachian restaurant,” he clarifies. Red Bird and Audrey will occupy separate floors of the sprawling food center that will eventually also include a bar,  retail areas, and a seed bank. “I’m trying to create a restaurant that contributes to Southern culture, community, and hospitality. Right now, my focus is Appalachia. But who knows—it could be two years, five years, or ten years—once I feel like we’ve contributed what we can to Appalachia, then we’ll see what’s next.”

We spoke with the chef about the upcoming spots, his cookbook, and what it’s like to feed his son heirloom squash.

Why do you think Appalachian cuisine deserves such intensive study right now?

One of the reasons I’m focusing on Appalachia is that’s what’s in my DNA. But my goal is to do for Appalachia what I tried to do with the Lowcountry: Immerse myself into researching and working on an obsessive level to help bring back a lot of these Appalachian varietals of animals and plants and traditions that are at risk of disappearing. I’m focusing on a gazillion varieties of beans, tomatoes, corn, and squash. Also acorns, hickory nuts, and poke weed.

I have big, big, big plans for kudzu. Our main use will be for the starch. And then lots of teas—we’re working on some really neat teas with the flowers. In fact, at the restaurant, the building is called the Kudzu Complex. The bar is called Bar Kudzu. Kudzu to me is the funniest thing—there are so many uses for it all over the world, and all we do is curse at it. What happened is it got out of control because we stopped dealing with it. When I close my eyes and picture Appalachia, that’s what I see: a kudzu-covered barn. My idea is to utilize it in ways that will help tame it. Your forthcoming cookbook, South, shares recipes from your time around Charleston and your Appalachian youth. What is your goal with this new book?

The book is me. I spent half my life in Appalachia and half in the Lowcountry. The goal of the book is to give people the courage to try new things each time, by having foundational recipes in there. To teach people how to cook components and fewer totally composed dishes. The idea is to learn these recipes and have them in your back pocket, so that when you go to the market and there’s eggplant, you know what to do with it. You have an idea of where to start. It’s designed to teach people to cook and look at food the way I do, which I refer to as the P.I.E. theory: Products, Ideas, and Execution. It starts with going shopping, picking what is the most vibrant, and then searching through your ideas and recipes and your knowledge, and then allowing the dish to come from that. That’s exactly how I approach food when I’m writing a menu or creating a dish or making dinner at home.

What have you been cooking at home, and for your son, Leo?

Here’s what Leo has eaten so far: butterbeans with bacon fat; Cherokee Candy Roaster squash with African runner peanuts; I think he had an apple and some avocado. The idea of introducing a human being—much less my human being—to tasting things for the first time and building a palate is just amazing. That’s how I grew up, tasting the non-genetically modified versions of everything. It wasn’t until I started working in restaurants that I realized most of the food served in America doesn’t taste very good. I’m addicted to Arnold’s. I get every vegetable they have.

What Southern food stereotypes are you tired of?

Instead of worrying about what the stereotypes are, I’ve learned to just execute. And then allow the future to slowly dissolve those stereotypes. In the future, I hope a couple things will happen. I think people will recognize the micro-cuisines that exist within regional cuisines. Think about the South today and all the cultural influences and traditions—if you go into each city and look at the immigrant populations, who says their foods can’t be the cuisine of that city?

You’re working on the new restaurants, the cookbook is coming out, you travel a ton, and you’re a new dad. How do you find the time for everything you do?

Um, it’s called sobriety. (Laughs.) It’s amazing how much more you can get done when you don’t sleep till noon every day. It’s added at least four hours to my day. I try to really show thankfulness and gratitude. I try to use the platforms I have to help contribute to the things that matter to me. My goal is to build a restaurant that actually decreases stress instead of adding to it. We have a bunch of crazy ideas to get there, but every decision we make is based on what its stress level is. We’re figuring out ways to continue serving our guests an amazing experience while we are happy and healthy. MORE: GET BROCK’S RECIPE FOR
CROWDER PEA AND HOMINY SUCCOTASH

Do you have a hobby?

I do not go anywhere without my camera.  It allows me to pay so much more attention to everything around me. I don’t look at my phone anymore. You can ask all the people who email me if I look at my phone anymore. (Laughs). I have a Leica M6, which I bought from Peter Frank Edwards [the photographer of South and a regular Garden & Gun contributor]. My style is sort of the William Eggleston-William Christenberry Southern perspective. My photos are going to be in the restaurant. Photographing the South is exactly the same as what I’m trying to do with food—recognizing the forgotten things. An Appalachian Duet: Two books to add to your shelf this fall The chef’s simple recipe with each element—cast iron, corn, and buttermilk—in perfect harmony