In the South, the Porch Comes First 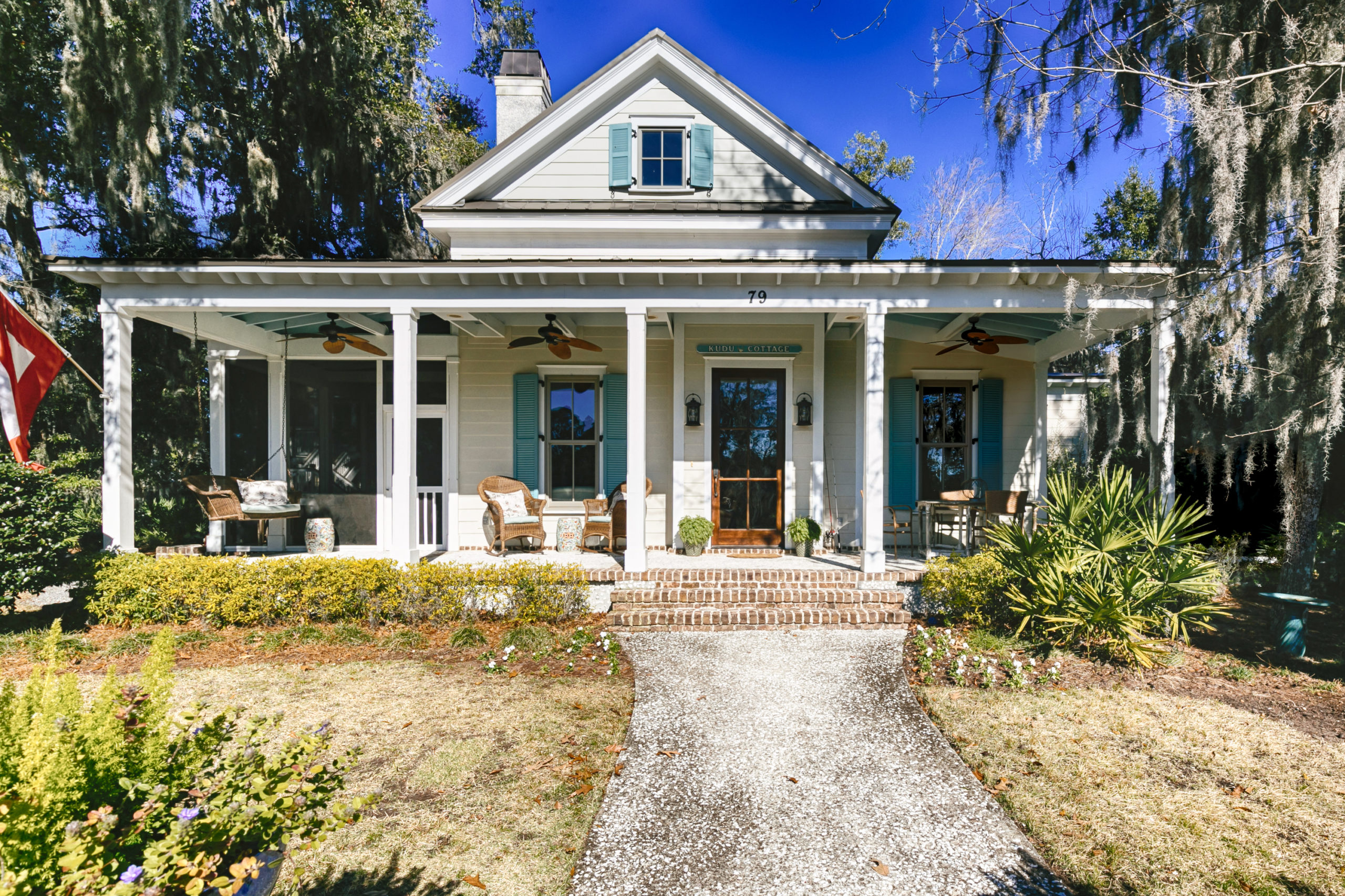 For Southerners, the front porch is as iconic as a batch of boiled peanuts or a syrupy slice of pecan pie. A beacon of hospitality, the wraparound structures welcome family and visitors, offering shelter from the rain or a shady spot to escape the summer sun. A steady backdrop for life’s unplanned occasions, the porch is a place to press pause, serving impromptu gatherings and peaceful moments alike. From homes on the Carolina marsh to neighborhoods in small towns far and wide, the meaning of a porch to Southerners goes far beyond aesthetics. 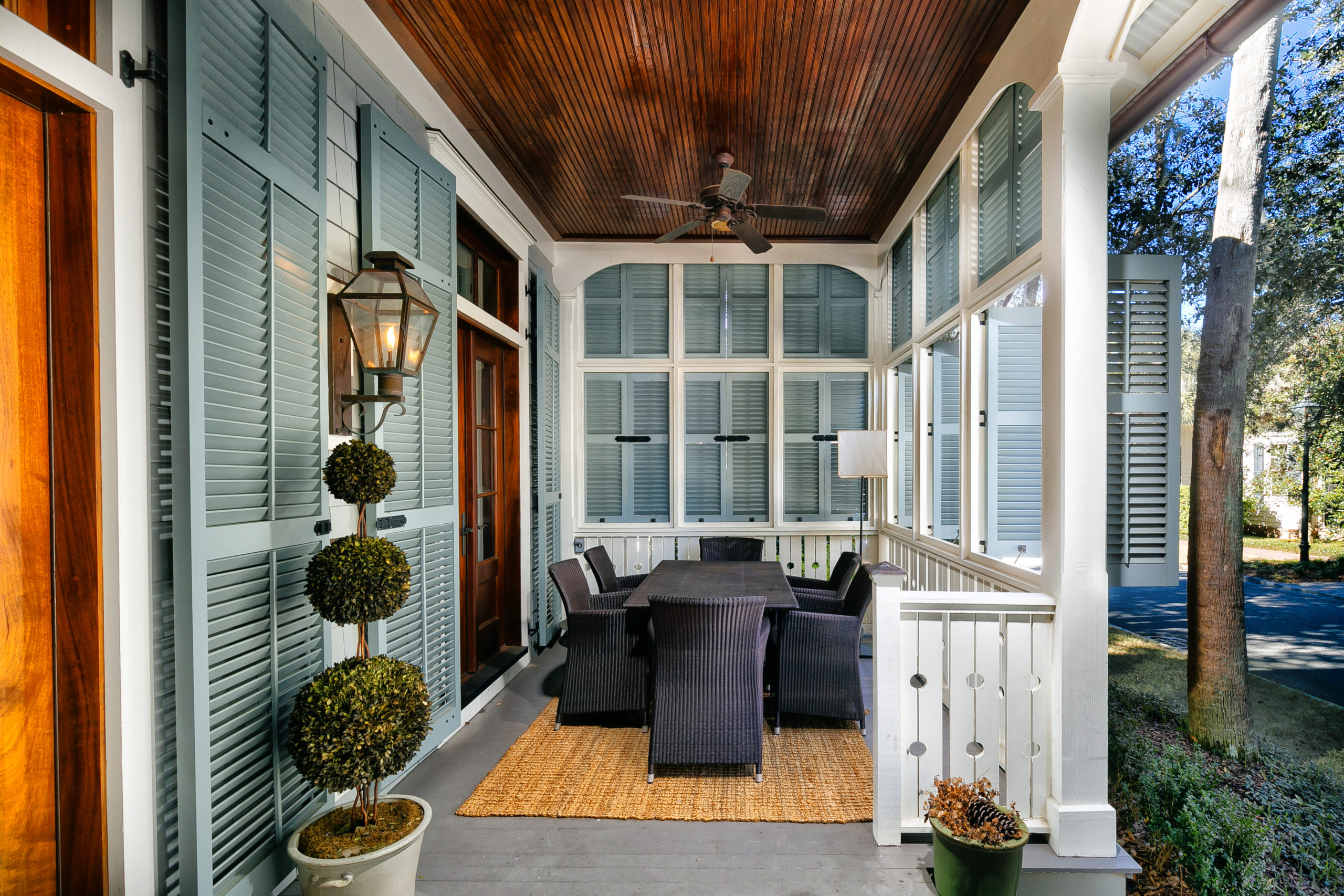 Porches have been vital to the South’s architectural vernacular since the region’s earliest settlements. Like most good inventions, they were born of necessity, providing homeowners an escape from persistent heat and humidity: Prior to air conditioning, this outdoor “living room” was frequently cooler than its inside counterpart. Often stretching the length of the home, this bonus living space lent itself to gatherings with family and friends and as a place to wind down at the end of the day. Throughout the Lowcountry of South Carolina, porches are often elevated, strategically positioned facing a river or tidal creek in order to capture the breeze. Traditionally, the deep, wide design—some with louvered ceilings that stretch high enough to encourage ventilation—provides a welcome retreat from the sun. In downtown Charleston, porches follow the trim profile of the city’s townhomes, often with a double-decker piazza extending down the side of the house rather than the front. Many New Orleans structures follow suit, trading wooden banisters for ornate ironwork. And throughout the South, Georgian columns flank the outdoor spaces of stately Greek Revival homes, their flat, lower platforms serving as formal greeting places or cocktail party venues. 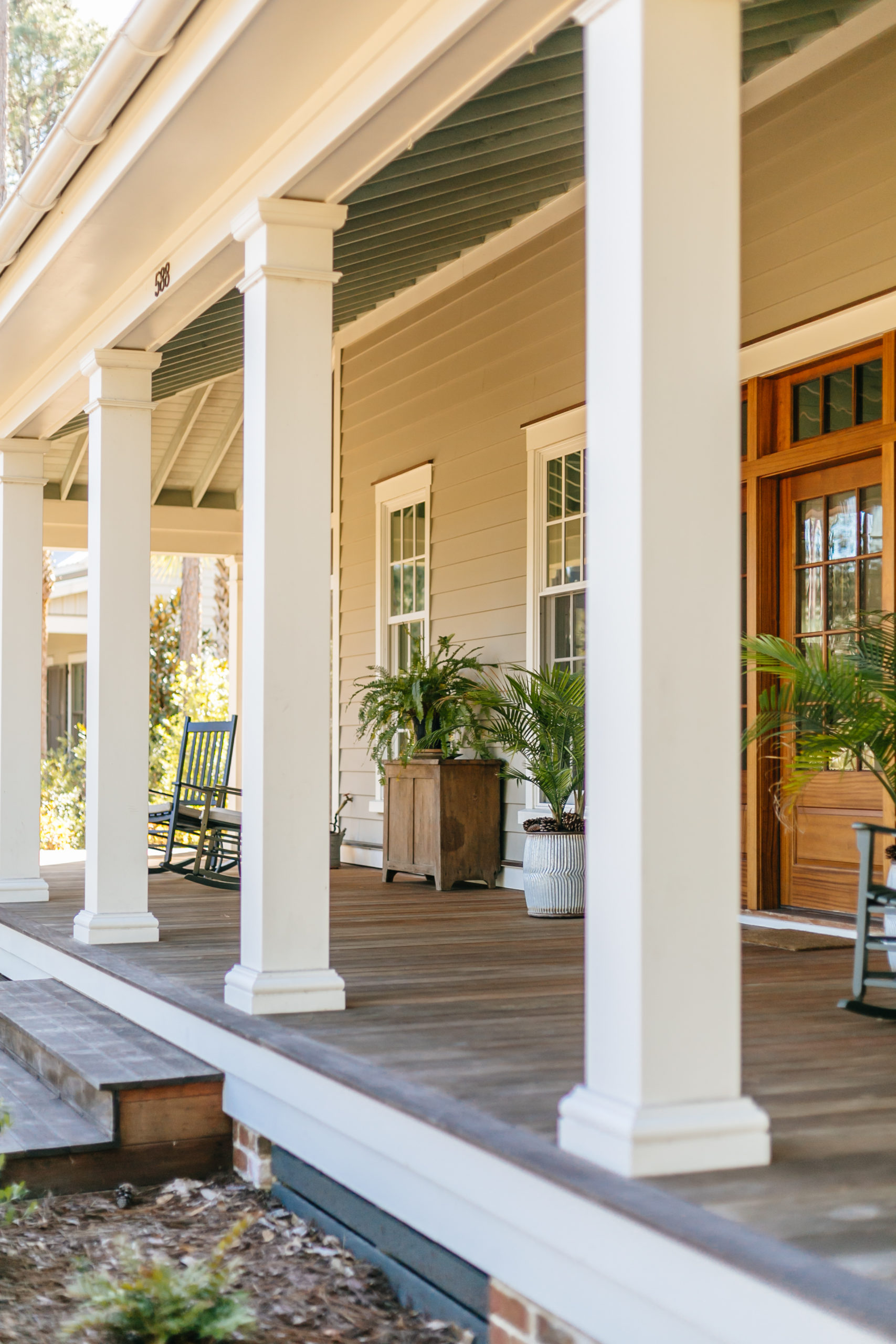 On Southern porches, “haint blue” ceilings are nearly as common as the requisite rocking chair. A pale, robin’s egg blue, the color’s origins trace back to communities of enslaved Africans who brought the practice with them to the United States. Originally a Gullah Geechee tradition in the Lowcountry, painting an outdoor ceiling blue was believed to ward off evil spirits, or “haints” (a variation of the word “haunt”). Some mythology holds that the blue represented water, which spirits could not cross, while other folks say the color keeps restless souls at bay. Whatever the reason, variations on the storied shade appear to this day, brightening countless porch ceilings across the South. At Home on the Bluff

In one Bluffton, South Carolina, community, the front porch holds particular value. When it comes to the Lowcountry aesthetic of Palmetto Bluff, a residential and vacation-friendly oasis skirting the May River, they’re a crucial feature, hugging nearly every home on the property. With the help of its Design Review Board, Palmetto Bluff meticulously honors the South’s architectural traditions: Each porch falls in line with classic Lowcountry examples, measuring at least eight feet in depth for space, substance, and consistency. “Front porches are especially important here as they emphasize connection, one of the four cornerstones of the community,” says Stephanie Gentemann, the director of Palmetto Bluff’s Design Review Board. “Porches at Palmetto Bluff come in all shapes and sizes—screened, unscreened, or louvered, and in the rear of the home, on the upper levels, or both.” Throughout the Bluff, roomy, inviting porches line the sidewalks of every neighborhood, and wandering through the community, their role is abundantly clear: These are the places where friendships among neighbors blossom, books are lazily thumbed through on a swing or rocker, and stories are shared in the shade. To learn more about life at Palmetto Bluff, experiential visits, and opportunities for homeownership, visit palmettobluff.com.