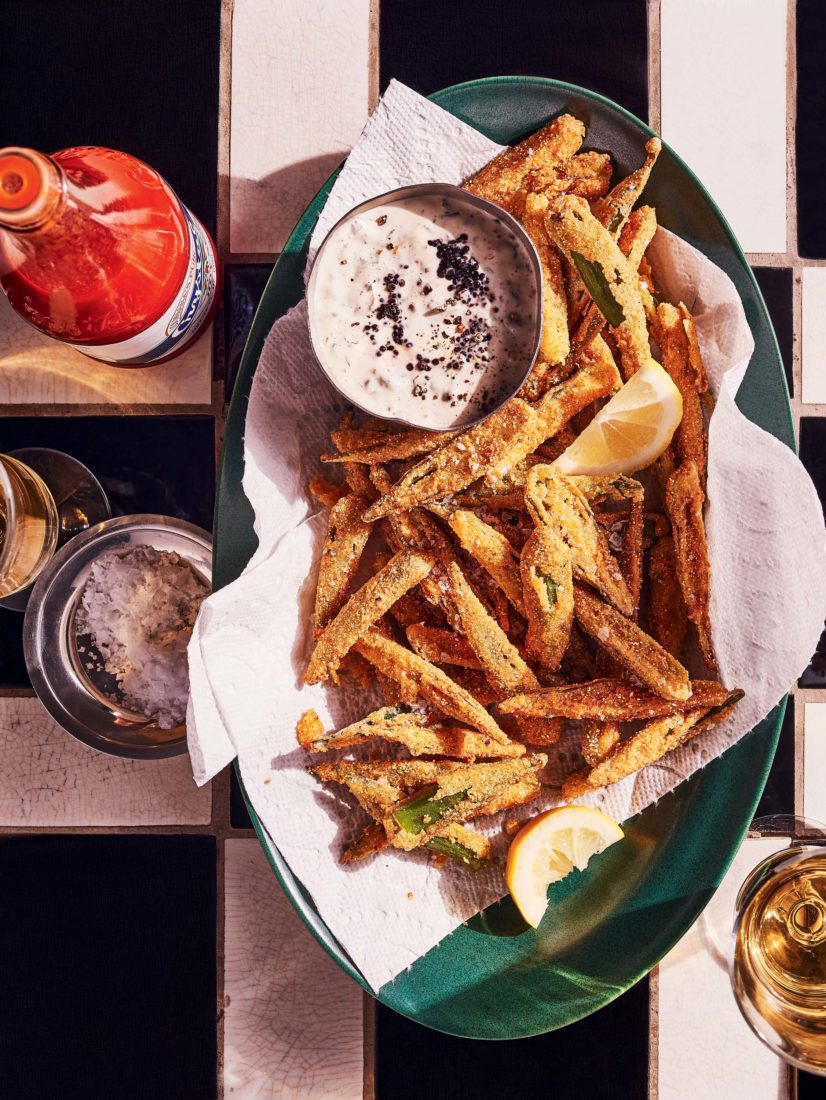 Hunter Evans, a chef in Jackson, Mississippi, believes the history of a place can be contained in a single seed, which is why he regularly heads out into the countryside to find them. Evans, who studied hospitality management at the University of Mississippi, opened Elvie’s in February. The food has a lot of French influence, drawn from his training at the Culinary Institute of America, and from the cooking he learned from his grandmother Elvie Good when he would visit her in New Orleans.

When Evans returned home to Jackson from New York in 2015 with hopes of opening a restaurant of his own someday, he knew he wanted to build his food on a sturdy foundation of Mississippi history and traditional foodways. Part of that involved advertising for old strains of seed in the Mississippi Market Bulletin, which the state’s Department of Agriculture & Commerce has published since the early 1900s. He wanted to collect seeds and give them to farmers to grow. The farmers could make some money, the seed genetics would be preserved, and diners could enjoy a taste of history.

“Collecting the seeds was a journey to figure out what Mississippi cuisine is and who was here before us,” Evans says.

One day, he got a call from a Mr. Dickens who had some okra seeds he had been given forty-five years earlier on his wedding day. They produced a tender, light-green okra the man called White Velvet. Evans found farmers to grow the okra for the restaurant, and, after experimenting last summer with recipes, he plans to serve the pods quartered, dipped in buttermilk and seasoned flour, and then flash fried. They become like crispy french fries, so he pairs them with a French rémoulade as a dip.

Deep-frying can be a commitment in a home kitchen, but you can make the okra in batches on the stove top without too much fuss. Start by trimming the caps but leave enough so the okra stays whole. Then slice each pod longways into four pieces, so they almost resemble matchsticks. Give them a quick toss in a large bowl filled with flour kicked up with cayenne and smoked paprika, then send them into a buttermilk bath and another toss in the flour. Make sure all the pieces are well coated, then lower them into oil heated to 375°F. They cook in just a couple of minutes.

Serve them hot with Evans’s spicy, chunky rémoulade studded with black caviar from Mississippi River bowfin, a fish some people call choupique or mudfish. It’s relatively inexpensive, selling online for between seven and twenty dollars an ounce. “Caviar on salty, crunchy fried food is great,” Evans says. “And it’s even better because it’s from Mississippi.”