The Mighty Voice of Danielle Brooks

Whether on stage or screen, the South Carolina native stays true to herself

Danielle Brooks says she wants to play every role on offer. Nominated for a 2016 Tony for her breathtaking turn on Broadway as Sofia in The Color Purple, the twenty-eight-year-old actor is eager to be the rom-com lead, the action hero, the comic-book villain, the femme fatale. “I know I’m capable of doing all of that,” she explains. “It’s just a matter of people being open to seeing things differently.”

Brooks, an alum of the South Carolina Governor’s School for the Arts and Humanities, has been helping alter perceptions for five seasons as Litchfield inmate Tasha “Taystee” Jefferson in Netflix’s Emmy-winning Orange Is the New Black. A series, she rightly emphasizes, that owes its popularity to presenting women of all types and predilections. “Ours is one of the most successful shows out there,” she says, “and we did that by showing women being true to who they are.” Something the newly minted clothing designer and self-professed down-home Southern girl knows a bit about.

You live in New York City now but grew up in Greenville, South Carolina. What was your childhood like?

I’m a country girl. We lived in a neighborhood, but at the back of the house there was a little pathway with a creek and a trail. And we would go there, me and my brother. It was always an adventure in our imagination. Hearing noises, nervous that it might be some animal. [Laughs.] I miss it. Every time I go home, I try to get over there and see the old house that I grew up in.

Do you visit often?

Yes. Sometimes I need a slower pace, to slow my mind down and just be with nature, go outside. And there’s always a visit to the church.

Your father was a deacon and your mother was a minister, correct?

Yes, she still is. I grew up spending a lot of time in church, almost every day, whether in choir rehearsal or praise team or Bible study—there was always a reason.

Given those circumstances, did you ever misbehave as a kid at all?

Yes, talking. I was always getting caught for running my mouth. Which is why it was the best thing for me to get into acting so I could express myself. [Laughs.] I owe the church a lot because they were the first ones to put me in front of an audience and to push me to develop my voice. 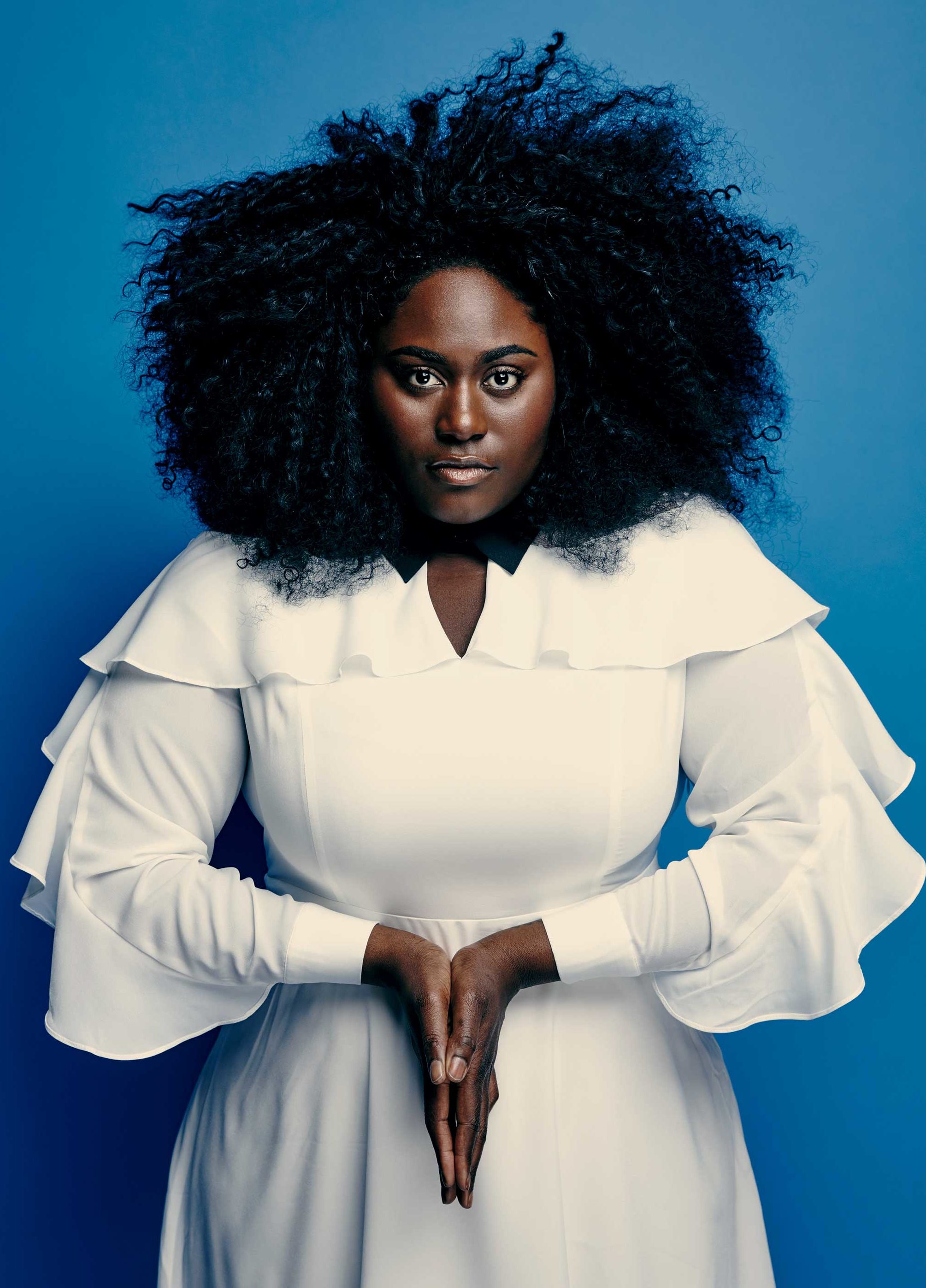 When did you first realize that you had a powerful voice?

I’ve been singing since I was young, but I’ve always been a hard critic [of myself]. I can hold a note, but I thought my voice was average. I didn’t realize that people really enjoyed my singing until I got hired in my first musical.

[Laughs.] Growing up in the South, I know what it is when
a person can sang with an a. You know? But I discovered my voice could actually take me places.

What do you think you took away from being raised in the South?

Oh, my manners. When I first came to New York at seventeen, I’ll never forget being in class at Juilliard and calling one of the teachers “Miss Becky.” And she was like, “If you don’t stop calling us that!” [Laughs.] I also hold on to my Southern accent. When someone gets to really know me, they know I’m a Southerner.

My personality. My Southern charm, my kindness, my hospitality. On the subway in New York, we don’t really speak to each other. And in the South, you’ll see somebody a mile away and they’ll be waving “hello.” I’ve kept those things with me.

Do you have any other touchstones of home that keep you grounded?

Definitely. I even have a few tattoos. A yellow jasmine on my body, which is the flower of South Carolina. And I have the number of my childhood address on my arm, a reminder of my family and the love that we have for each other.
I just never want to forget where I grew up.

Speaking of which, you have some of your maternal grandmother’s record collection.

We were close. She died when I was fifteen. Every summer I would visit her in Fayetteville, North Carolina. She was a wonderful chef. She actually owned her own restaurant
at one point, specializing in barbecue. I would help her in the kitchen. She had such an amazing presence. In my head she was six foot four. But she was really more like
five ten.

What are some of the albums?

No. But my mother is.

I love what you said: realizing your voice could take you places.

In the church, I didn’t get that many solos. My father sent me some tapes of me singing then, and when I look at those, I was super shy. I was holding back. The thing is, other people can feel like you have a voice, but until you believe it, it doesn’t really matter. And I’m just now really believing it. Do you think realizing the power of your voice made you feel powerful in other ways?

I think so. Finding your voice is crucial, because when
you find yours, you really do help others find theirs. I didn’t understand what level I was able to take it to until I was in Orange. That’s when I was like, Oh wow, this can go further than I ever imagined. I really can change things beyond my work. For example, I became a spokesperson for the 67% Project, which is highlighting the fact that sixty-seven percent of women in America are plus size and only one to two percent of them are represented in media. Women who are plus size—we do matter and we deserve to be seen.

And now you’re being seen on television, on Broadway, in fashion magazines, and modeling your clothing collaboration with Universal Standard. Do people still try to put you in a box?

Mhmm. But I think everybody gets put in a box, to be honest. I think white girls with blond hair are put into boxes. Their box might be a little wider. [Laughs.]

It must feel good to shatter those expectations.

Women want to see themselves in every way. I want to challenge people to not limit their imaginations. Not to limit a person. And by extension, not to limit the world that we live in. I believe in happy endings.