With her new TV series, the North Carolina chef continues to advocate for the overlooked South 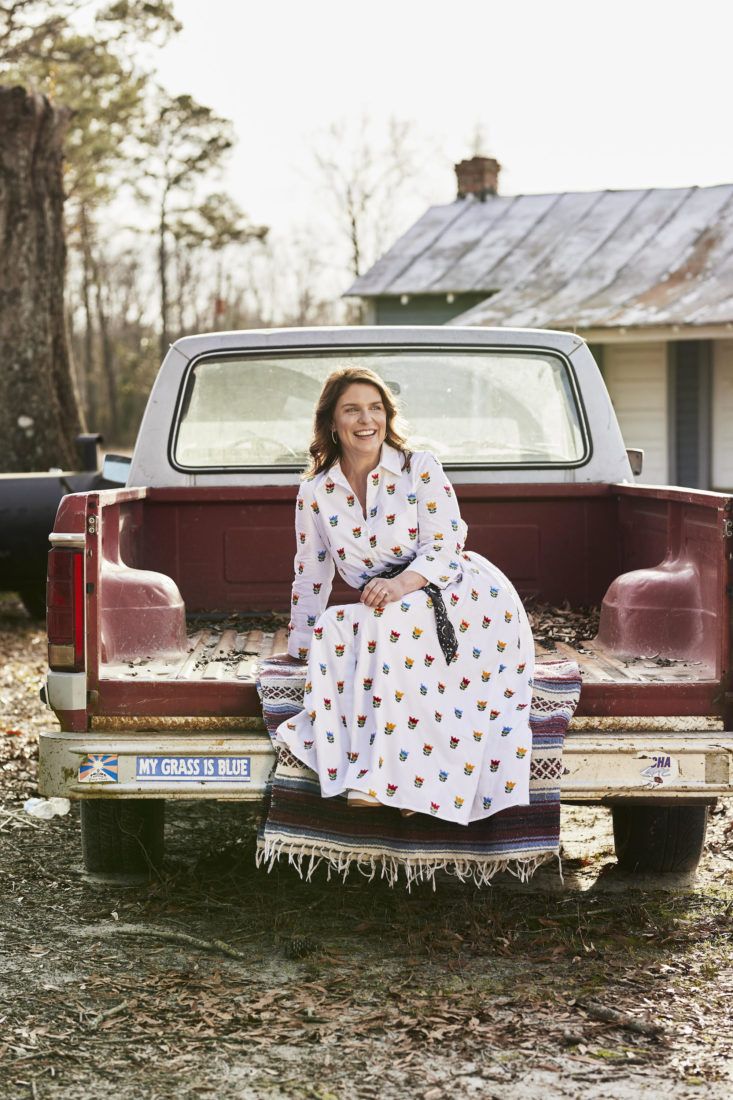 Since famously leaving a career in New York City to return to Kinston, North Carolina, near where her parents had raised tobacco and hogs, to open the restaurant Chef & the Farmer in 2006, Vivian Howard has dedicated herself to preserving the culinary traditions of the place she’d once most wanted to escape: the rural South. In doing so, Howard elevated local ingredients from her pocket of Eastern North Carolina, and the dishes long crafted from them—themes she also celebrated in her award-winning PBS television series, A Chef’s Life, and best-selling cookbook, Deep Run Roots.

Those portraits of country life resonated—droves of fans pilgrimaged to Kinston, buoying the struggling town—and shone a crucial spotlight at a time in which many rural counties were weathering double-digit population declines. As Howard’s empire has grown, so has her ability to follow her creative bliss. A new PBS show, Somewhere South, debuts in late March; a second cookbook follows this fall; and, this spring, Howard will launch two restaurants in Charleston, South Carolina: Handy & Hot, a bakery focused on biscuit sandwiches and hand pies, and Lenoir, “a modern interpretation,” she says, “of the way we once cooked in the South.” In a recent conversation, she elaborated on how the middle of nowhere can become the center of a universe.

What has changed for you since A Chef’s Life premiered in 2013?

The show was kind of an accident—I didn’t know what it would mean. And I didn’t know that anyone would see it. When everybody did, it was a shock to my system and to our business. A happy shock, but I really think it’s taken me this entire time to get my feet under me. I have found that with every milestone or accomplishment, it only pushes you more, and the challenges to move forward in a positive way become harder. I still have impostor syndrome. I still struggle to manage people. But I will say that I’ve started to figure out what I’m good at and what I’m not, and become okay with allowing other people to do the things they’re good at, so I can home in on the things I feel successful doing.

Storytelling. That might be writing a menu for an event at Chef & the Farmer. For Valentine’s, we did a dinner inspired by famous couples. At Christmas, we did an event inspired by Christmas movies. Even in little ways like that, I think that’s where I shine.

Every episode is about a dish every culture shares. We all have a dumpling. We all have a form of barbecue. We all have a pickle. Why? Because we all have the same kinds of basic needs. We learn about those dishes in unexpected ways and in off-the-beaten-path places, in restaurants and in people’s homes. We filmed in Fairmont, West Virginia, during pepperoni roll festival events. We filmed in Clarkston, Georgia, with several refugee communities. We filmed on Terra Ceia Island, with the Florida Cracker community. What doing this show taught me is that we’re all more alike than we are different.

You’re releasing a new cookbook, This’ll Make It Taste Good, too. How did that come about?

The first proposal I wrote was for a book about simple food. At the end of the book was a chapter called “This’ll Make It Taste Good.” For all the recipes, I kept writing, “If you want to go the extra mile, turn to page blah blah blah.” So I flipped the idea on its head and made the whole book about those things instead—those food heroes. When people used to can and preserve, they put up all this stuff at the end of the summer, and then picked from it through the winter and the spring—they put chowchow on a bowl of beans or put preserves on a cheesecake. All the ingredients for those things, with the exception of one recipe, can be shopped for at a Walmart anywhere. It’s really important for it to be accessible and approachable, for people who live in rural America, particularly.

Do you think aspects of the rural South are fading?

Absolutely. It makes me so sad. So much about the South is about agriculture. Our foodways are about being resourceful and honoring a distaste for waste. With regards to food, and especially protein, we’re losing the understanding that it’s not infinite. We have to do some kind of work for it, whether it’s labor or caring for our environment, our soil, or the people who grow our food.

But I am hopeful. I would never have seen this type of success if I were not exactly where I am. I don’t mean that because of the show, because we were busy before the show. It’s because we were doing something excellent in a place you didn’t expect. I think that for small-business owners or entrepreneurs, that is going to reveal itself in the next decade—that maybe you can have a different type of success in a less densely populated area.

Do people have to leave the South to fully appreciate it?

I don’t know that you have to leave. I think you have to live in a different environment. It would have been the same for me, moving from Eastern North Carolina, if I’d moved to Atlanta instead of New York. Putting yourself outside the place you come from really allows you to see it through a different lens.

What do you love most about where you live?

There’s a lot of freedom and a lack of distraction. There’s more time with the things that matter to you, or the people who matter to you. You get to know people better. Let’s say you need somebody to cater your party or teach your daughter art lessons. In a small town, there are maybe only one or two people who do that. We have a relationship, and kind of a shared trust and understanding. They’re a part of my community.

You’ve become a strong advocate for your wider community, too, fundraising with custom T-shirt sales to provide support after natural disasters, such as Hurricane Florence in 2018.

I’m a big advocate for the underdog, and I hate to see people get dismissed or ignored just because they’re a small pocket of people, or it’s a place that’s not shiny. When a natural disaster hits and the people with the most damage are getting the least attention, I want to help. I also have this experience with fundraising, as a lot of chefs do now, where it feels like the ceiling is too high for the average person to contribute. That’s where the T-shirt idea came in. Most people can’t necessarily spend two hundred dollars on a chef’s fundraising dinner. But they can spend twenty-five dollars on a T-shirt. It’s a perfect way to raise money and also raise awareness for what’s happening in a place where you may not be pointed to look.