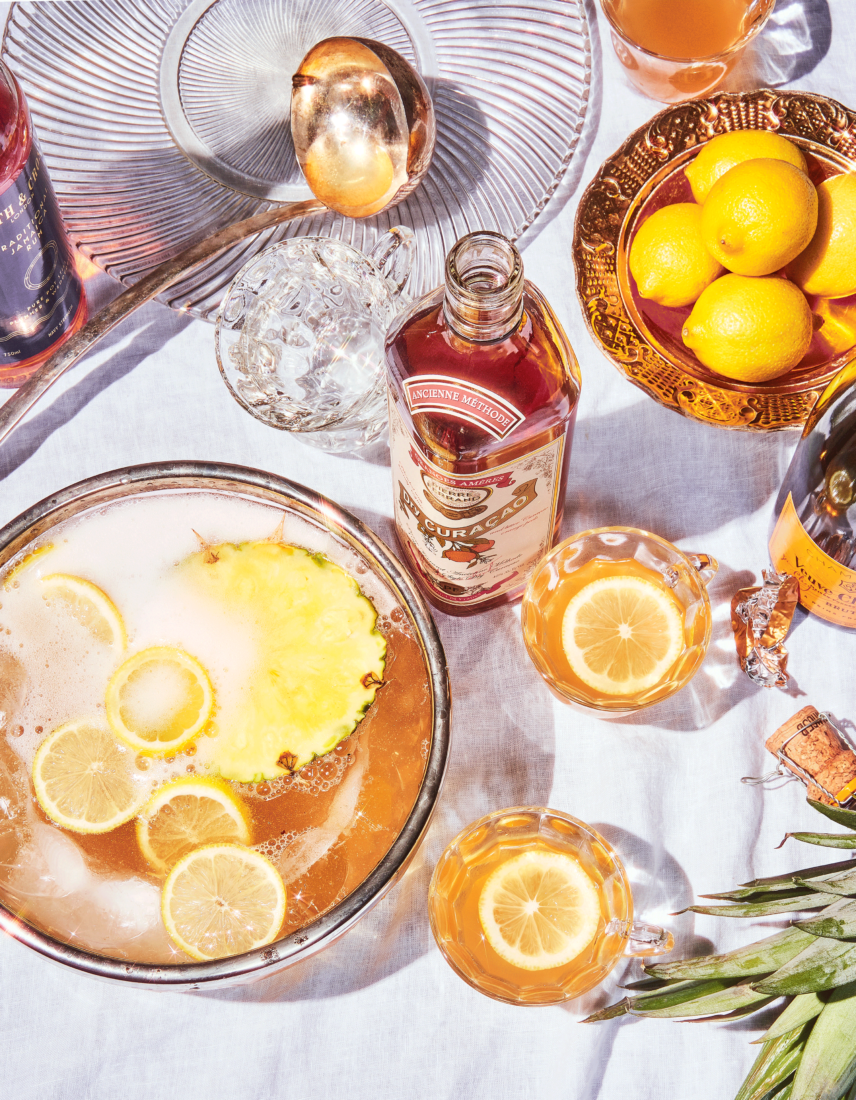 This champagne punch shares its Charleston, South Carolina, roots with Porgy and Bess.

Punch is personal—recipes are scratched out on scraps of paper, tucked into the flyleaves of dog-eared cookbooks, then passed down through generations. That’s because punch is communal not only in how it’s consumed, but also in how it’s crafted. Recipes are often multigenerational, with tweaks between the years reflecting shifting tastes and ingredient availability. Recipes get shared with relatives, neighbors, and friends, who adapt them as they see fit. A punch recipe, like a sourdough starter, lives and evolves.

Such may have been the case with this handwritten recipe for a delectable champagne punch, which is preserved in the archives of the South Carolina Historical Society in Charleston. The archives also contained punch recipes calling for quince and raspberry wines, which would baffle most modern punch compounders.

What is known is that this was the punch recipe of Dorothy Heyward, who coauthored the play Porgy with her husband, DuBose Heyward (who also wrote the novel on which the play was based). The play is largely forgotten; George Gershwin’s adaptation of it—Porgy and Bess—is not.

The recipe is a classic post-Prohibition punch—both extravagant and comprehensive, celebrating liquors of many stripes. It’s layered and rich and exuberant. Heyward’s recipe uses a different technique to extract the oil from peels than that used for an oleo-saccharum—
she calls for steeping them in brandy overnight—but this somehow still turns all the dials to eleven.

Yield: Heyward noted that this punch was sufficient for 35 people, which works out to about 10 ounces per person. But it is not as liquor heavy, and is mostly sparkling wine and seltzer—perfect for a sweltering day.