In Darius King’s family, making pecan chewies is more than a tradition—it’s a bit of a friendly rivalry. “It’s become pretty competitive,” says the chef, a native of Charleston, South Carolina. “Everyone in the family swears they make the best ones. I had to fight tooth and nail just to get a recipe out of any of them!” Today, King is the sous chef at the Garden & Gun Club in Atlanta, Georgia, where he introduced diners to his own take on the gooey, nutty bars. “No one here seemed to know what they were at first, but now people are constantly requesting them,” he says.

Influenced by an aunt’s “secret” recipe and King’s own background in pastries—prior to culinary school, his first job was as a cake decorator at Piggly Wiggly—the dessert comes across as a distant cousin of pecan pie. “It really comes down to the consistency,” King notes. “Like the name suggests, the bars should have some good chewiness—you should be able to really bite in.” Be sure not to overbake them, though; too much time in the oven can result in an unwanted firmness. “The tray will still have a little jiggle to it when it’s done. It’ll settle as it cools, so let it sit for a few minutes before cutting and serving.” For a final flourish, King showers the cooled bars with powdered sugar. “I know it’s all sugar already, but a little more on top never hurts.” It’s hard to beat a fresh pecan pie, unless you add a little bourbon 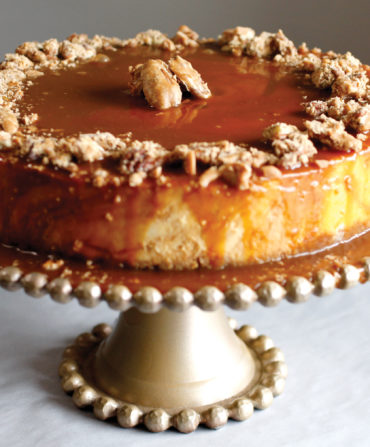 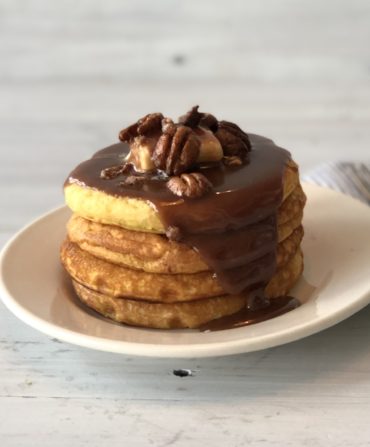 Atlanta chef Anne Quatrano shares her decadent recipe. But is it for breakfast or dessert? You decide. (“Both” is also a perfectly acceptable answer.)