Grapefruit, Campari, and bourbon come together in the Third Man cocktail Grapefruit and Campari are the Tracy and Hepburn of the cocktail set—one of the greatest pairs to ever mingle in a single glass. Yet curiously, there’s no iconic drink featuring the duo—no gin with tonic, no mint-meets-rum in a mojito. Which is wholly inexplicable since the sweet-sour of the grapefruit juice and the sweet-bitter of the Campari wind like a helix around each other, creating an exciting, nearly new taste.

“I use these two in my day-to-day life all the time, especially when I want something refreshing,” says Patrick Halloran, bar manager at Henrietta Red, a notable raw-bar-and-more in Nashville. His favorite time and place to consume them? A bright day on the patio, of course.

But what to do when days shorten, the temperatures begin to drop, and a summer drink suddenly seems like a ticket to the wrong destination? Halloran found a way to bridge the seasons with a simple addition not unfamiliar to the South: bourbon. Adding a dollop is like suddenly viewing summer through a sepia filter, with the brown spirit adding darker notes that bring to mind turning leaves. “This is for people who want a whiskey drink, but when it’s eighty degrees outside, a Manhattan just doesn’t seem right,” Halloran says.

Halloran originally crafted this cocktail for Charlie Nelson, who with his brother Andy,  reopened Nelson’s Green Brier Distillery, also located in Nashville. Since 2011, the brothers have been intent on resurrecting the whiskey once made by their great-great-great-grandfather Charles Nelson. While patiently waiting for their own whiskey to age, they acquired casks from another outfit, blending four barrels at a time to produce a flavor profile they felt offered a respectable nod to the family recipe, and began selling it under the Belle Meade Bourbon label.

The result is a flavorful whiskey loaded with authoritative rye notes, and bottled at cocktail-friendly 90 proof, assuring it won’t be timid when facing down sometimes pushy mixers, like, say, grapefruit juice and a bitter Italian liqueur. After Halloran added a squeeze of lemon juice to lend brightness and zest to the mix, he found he had hit all the notes he was hoping to play. 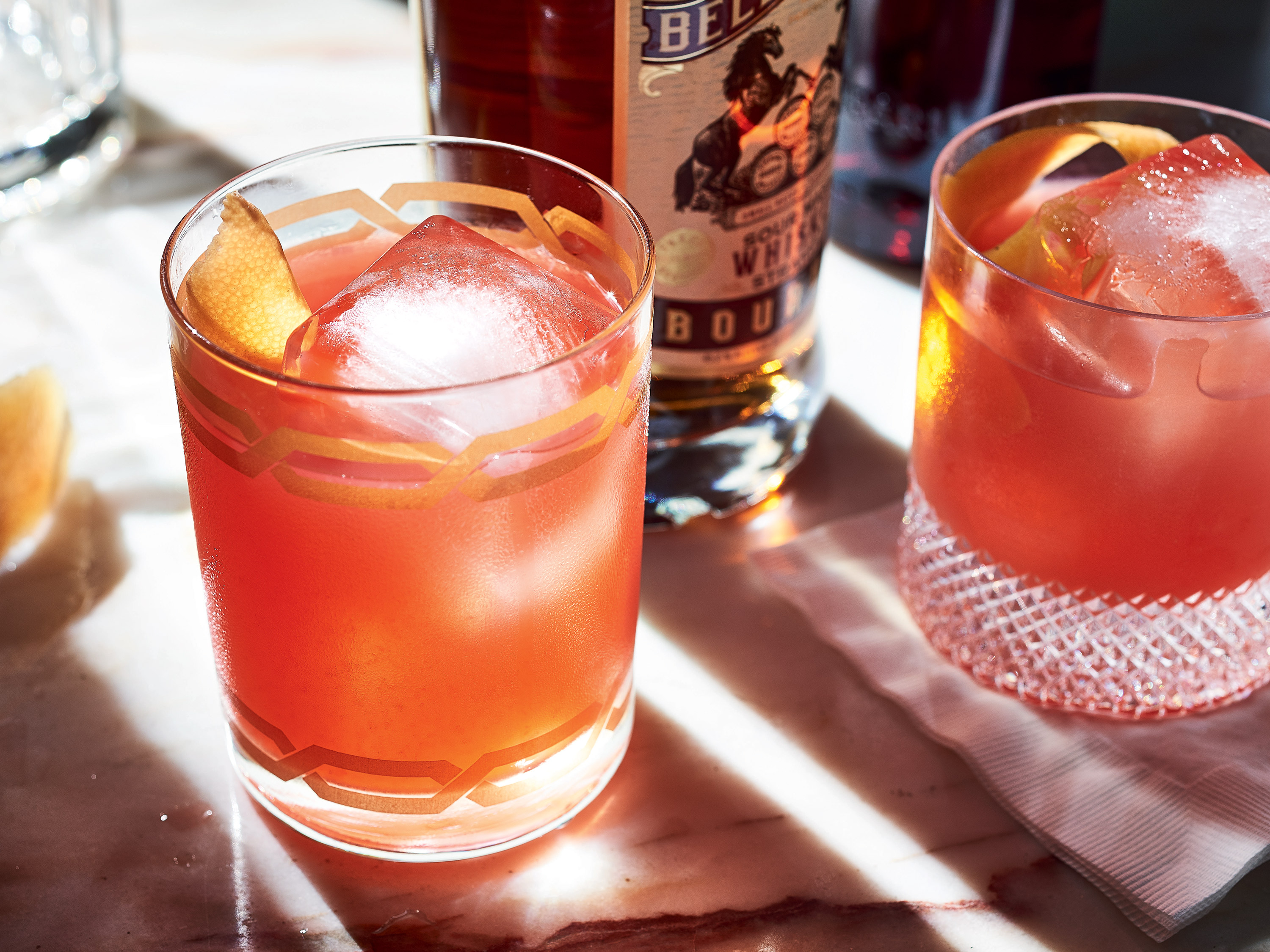 The Third Man first cropped up at Henrietta Red as a happy-hour drink, and many customers found that it went splendidly with the luminous fresh seafood for which the chef Julia Sullivan has drawn accolades. Halloran notes that it goes especially well in advance of a meal as an aperitif, and also pairs nicely with Henrietta Red’s seasonal salad, featuring young lettuce, pickled turnips, and pleasingly acidic Gold-
Rush apples.

As for the cocktail’s name, the Third Man was inspired by the 1949 noir film of the same name written by Graham Greene and starring Joseph Cotten and Orson Welles. Like the film, the drink packs sufficient intrigue around a simple plot. But unlike the film, the drink’s plot resolves itself early on, usually with the first sip.

Recipe from Patrick Halloran, of Henrietta Red in Nashville