Leon Bridges Has a New Groove Towering over the din of Sunset Boulevard, the Chateau Marmont is one of Hollywood’s most gilded palaces of sin, long attracting movie stars, rock and rollers, and other hell-raisers. But at the hotel’s garden terrace restaurant, sunlight poking through the leafy canopy, the vibe is serene and hushed. Singer Leon Bridges is sitting at a corner table looking over the menu while fashion designer Stella McCartney—whose show Bridges will be performing at later that evening—hovers near the bar, and comedian George Lopez slouches in a chair at the next table over. Bridges isn’t staying at the hotel, but the food is good and the scene is even better. It’s a long way from his hometown of Fort Worth, Texas. The waiter arrives. “I’ll have a bourbon and ginger ale and the grilled octopus,” Bridges says. “Man, I definitely got my taste for it while eating at nice restaurants,” he says afterward of the octopus. “Before all this happened, Chili’s was fancy for me.”

“All this” is the attention that’s been showered on him since he released his 2015 debut album, Coming Home, a collection of classic-sounding soul tracks, steeped in the aura of Sam Cooke, that showed off Bridges’s buttery voice. Songs like “Coming Home” and “Smooth Sailin’” catapulted him from playing open-mic nights in Fort Worth to becoming a top draw at music festivals. His carefully honed sartorial flair didn’t hurt either: vintage suits, pants hiked up over the waist, and crisp white shirts. Today, though, the twenty-eight-year-old Bridges is wearing black slacks and a wide-collared long-sleeved black shirt with a print of a Chinese dragon on the back. “Early on, it was my idea of 1950s menswear,” he says of his fashion choices. “Now I’m mixing old and new into something modern. I want it to stay timeless.”

The same can be said of his music. As the tour for Coming Home was wrapping up in 2016, Bridges started to feel uncomfortable with the image and sound he had constructed. “I felt that it was starting to feel forced,” he says, “like people were connecting with something that was false in a way, wanting that whole 1950s retro experience. I wanted to get out of that box.” It wasn’t an overnight fix. Bridges and his touring band, which included his compadres and fellow Texas musicians Austin Jenkins and Josh Block, convened at the pair’s Niles City Sound studio in Fort Worth and whipped out a bunch of songs that would have made a perfect Coming Home 2. But Bridges wasn’t feeling it.

“It sounded good,” he says, “but I felt that something was missing.” Bridges says he is constantly coming up with ideas for songs, and he subsequently began writing some heavy R&B material that he’ll only say was “super out there.” His managers and Jenkins suggested he dial it back a bit, lest he freak out his entire fan base.

If Coming Home was black and white, his new album, Good Thing, is full-blown Kodachrome, a leap akin to what Alabama Shakes accomplished transitioning from the heavy blues on their debut to their multilayered Grammy-winning 2015 album, Sound & Color. “He’s grown leaps and bounds from the first record,” Jenkins says. “But it’s still a pretty gutsy thing to say, ‘No, I’m not finished.’” 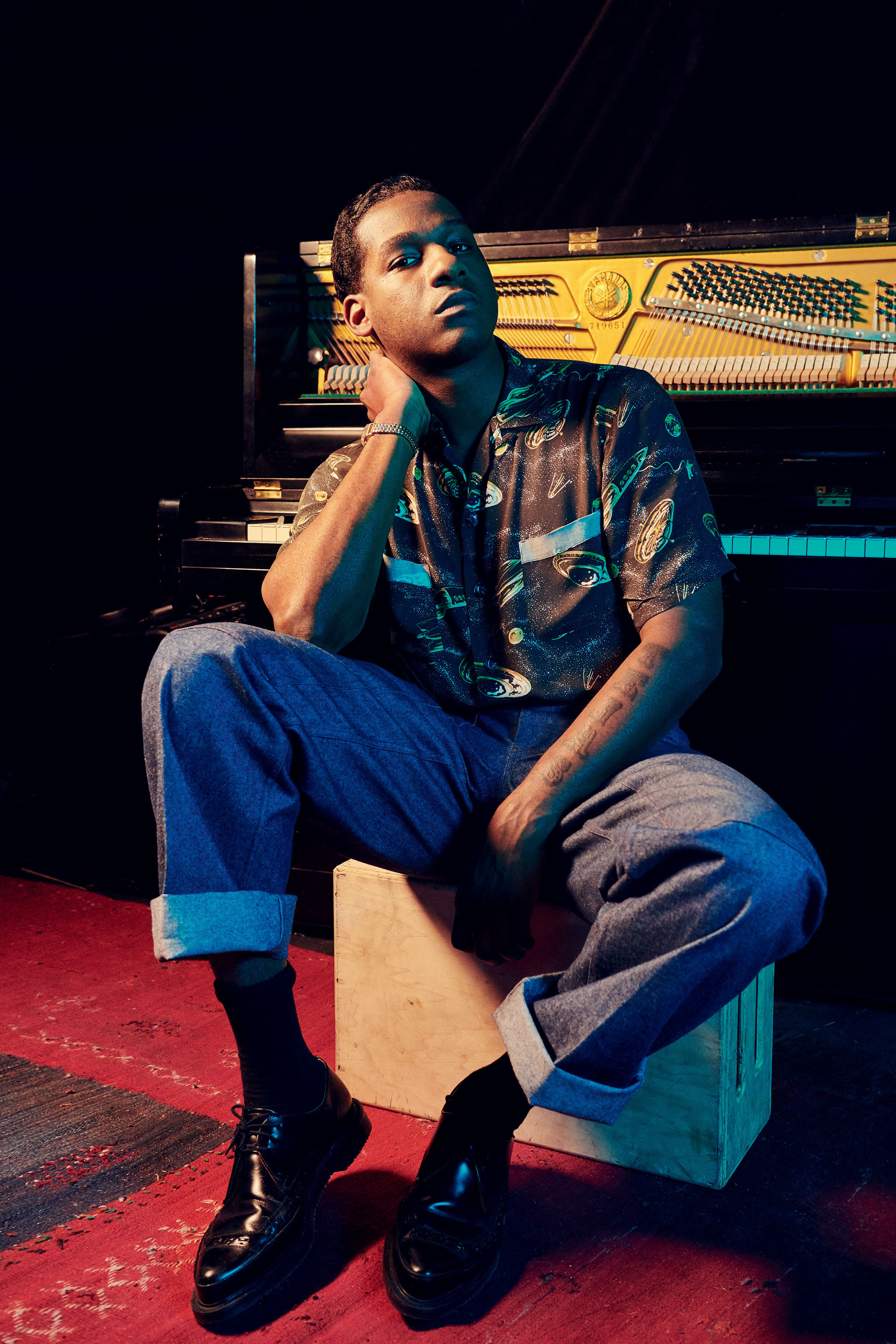 Bridges’s confidence oozes on songs that are more textured and nuanced. The opening line of Good Thing’s first track, “Bet Ain’t Worth the Hand,” sets the tone with Bridges crooning in his first-ever falsetto vocal. “Bad Bad News” crackles with a call-and-response swing and a sizzling keyboard part, while the sultry, coy ballad “Beyond” could become the go-to slow dance for future wedding receptions. Other tracks blend the seductive soul of Teddy Pendergrass with the funk of early Prince. “Forgive You” is a soaring lament with a twist. The song is written from the perspective of Bridges’s ex-girlfriend, whom he had to keep out of sight while they were dating. “The whole time I was in the relationship I didn’t tell my mother,” he says. “I grew up in a religious household, and the woman you were in a relationship with was who you were going to marry. Obviously, that didn’t work out.”

Growing up in Fort Worth, Bridges was shy and reserved. He struggled for years playing open-mic nights to sparse crowds while working as a dishwasher. But one night, Jenkins happened to be one of the five people in the audience watching Bridges perform and was instantly smitten, bringing him to the studio to record what would eventually become Coming Home.

The old music industry adage is that you have your whole life to write your first album. It’s the second one that can be a grind. So in addition to continuing to collaborate with Jenkins and Block at Niles City Sound, for the first time, Bridges turned to outsiders for help, working with the Los Angeles producer Ricky Reed at Reed’s home studio in Echo Park. They were joined at various points by songwriters Dan Wilson and Justin Tranter, who have helped pen smashes for such superstars as Adele, Selena Gomez, and Chris Stapleton. “I was scared of shooting out an idea that other people thought was dumb,” Bridges says. “It took a while to get comfortable, but being around those guys gave me motivation to kill it.” That drive extends to his work with an array of artists on other projects, from recording a song with the Detroit rapper Dej Loaf to a devastating version of the Crosby, Stills, Nash & Young protest classic “Ohio” with the Texas-reared guitarist and singer Gary Clark Jr. and the jazz pianist Jon Batiste. “It was such a cool experience,” Bridges says. “Those guys are like big brothers to me.”

Bridges doesn’t get rattled easily, but backstage at the Stella McCartney show, picking at a tray of nuts from the buffet, he’s admittedly a bit nervous. The designer handpicked him to perform, and outside the party is roaring with rock stars aplenty, including members of U2 and the Foo Fighters, Katy Perry, Ringo Starr, and one Paul McCartney, Stella’s dad, who gamely sings “I Saw Her Standing There” with a Beatles tribute band. Bridges will be performing with just his friend and longtime backup singer Brittni Jessie. The call to the stage comes. “Let me see your teeth,” says his ever-vigilant publicist, checking for stray chunks of cashew. His manager pours him a tequila shot, which he quaffs from a martini glass.

It’s a typical industry crowd, lots of loud gabbing and glasses clinking. While models dressed in McCartney’s collection give their best pouty faces, Bridges performs two songs from his first album but then tries out Good Thing’s “Beyond.” As he finishes the song, two women at the front of the stage look at each other, and one mouths, “Wow.” With Good Thing, that should be the first of many more to come.