The star of the 2011 movie Dolphin Tale died at age sixteen, but she won’t be forgotten by her caretakers or her fans 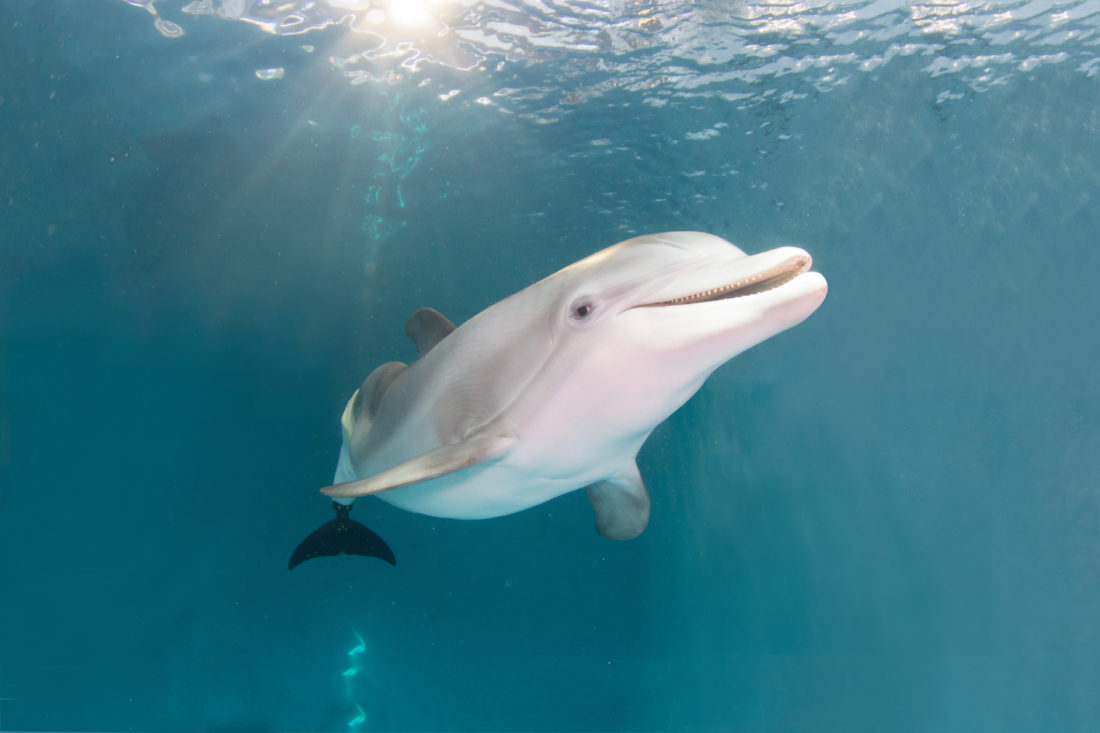 Winter, swimming with her prosthetic tail.

Few people—and just one dolphin—can say they’ve starred in a movie with Morgan Freeman, helped lift a struggling aquarium back onto its feet, and given countless children and adults hope and inspiration. But Winter the bottlenose dolphin, who recently died of intestinal issues at the age of sixteen at the Clearwater Marine Aquarium in Clearwater, Florida, did all those things and more.

In December 2005, a fisherman off Cape Canaveral discovered a young dolphin, just two or three months old, abandoned by her mother and badly entangled in crab trap lines. The Clearwater Marine Aquarium took her in, treated her, and named her Winter. She survived, but lost her tail, which prompted Hanger Clinic prosthetic experts to design a silicon-and-plastic tail specially for her. The story is dramatized in the 2011 film Dolphin Tale and its sequel, Dolphin Tale 2, movies that disseminated Winter’s story and brought hundreds of thousands of people—children facing their own disabilities, in particular—to see Winter every year.

For staff at the aquarium, Winter was more than an icon. She was a friend, too. “I worked with her almost daily for seven years,” says Brie Cordier, a senior animal care specialist at the aquarium. “She was smart and sassy and independent.” Winter spent her days swimming with her fellow dolphin friends (she was the boss of the group, Cordier reports), doing voluntary physical therapy with her prosthetic tail, working on cognitive activities, and playing with her toys. “My favorite thing about Winter is that whether she was right or she was wrong, she was the loudest animal in the room,” Cordier remembers. “She was known for her Tweety Bird whistles, and we’d gauge her excitement by how loud she was.”

On a web page dedicated to her remembrance, Winter’s fans have posted their own memories: “Winter was the very reason why I got accepted to my dream school to be a marine biologist,” writes one. “I have been having a hard time going into middle school and watching the webcams every day made it better,” shares another. And from a teacher: “I was showing Dolphin Tale to my special education class and my one student, who was in a wheelchair, said ‘if Winter is strong enough to learn to swim with an artificial tail, then I can be strong enough to do all the therapy exercises the doctors tell me to do to help my legs.’”

Everyone from her caretakers to her fans to her fellow dolphins will miss Winter, but she set a powerful example of hope and endurance that the aquarium hopes will continue to inspire people around the world. A line in her obituary says it best: “Every day, Winter showed us anything is possible if we believe.”