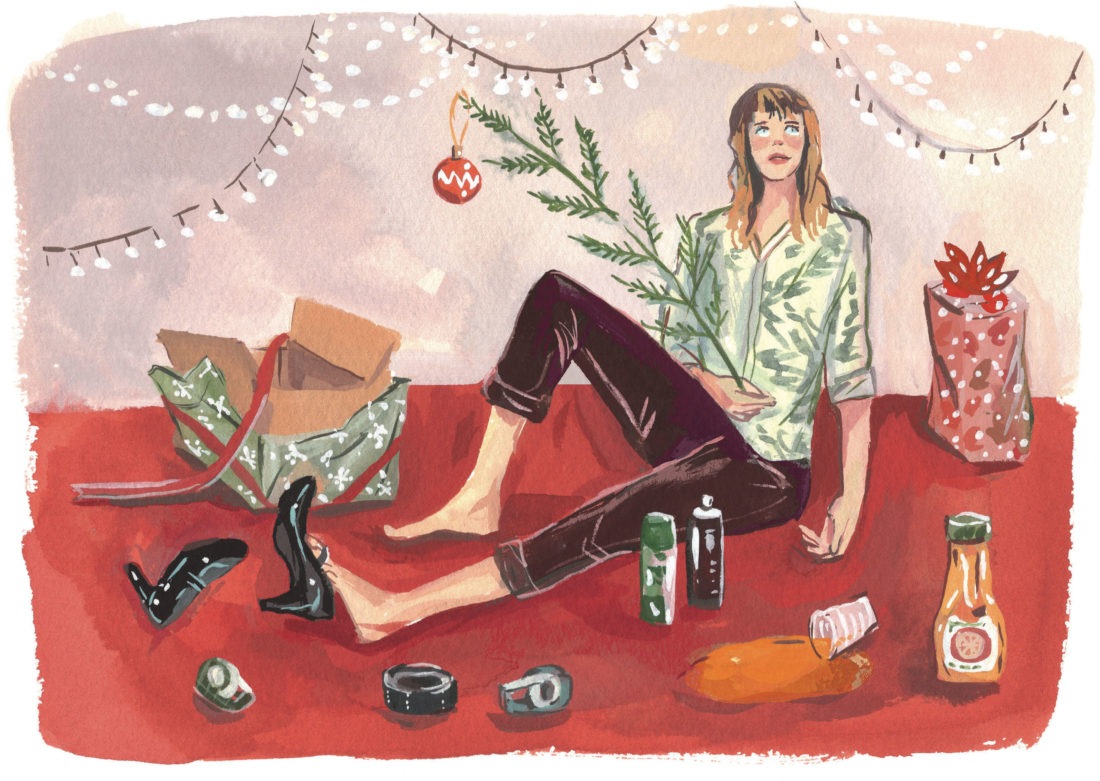 When a marriage produces children, divorce delivers an ongoing series of scenarios we don’t talk about out in the open. Free holidays for one, those spent without your children—not because you choose their absence for Thanksgiving, July Fourth, or God forbid, Easter, but because your current arrangement with their co-parent demands it. In the popular imagination, when a parent has to endure a holiday sans kids, he or she waits, ostracized and lonely, with nothing to do but pine for next year when the offspring reappear and turn the black-and-white world to color again.

But that’s not the whole truth. Or at least it doesn’t have to be.

This is a touchy subject, so before I go further, I feel I must point out a few things. First, I admit that my ex-husband and I did choose the current separate-holiday rigmarole. No “but” inserted here to explain or apologize for opting to no longer be married; I just felt I needed to note the discrepancy before a reader did it for me. I also acknowledge that I can only ponder the possibilities of a free holiday because I operate from a privileged perch called joint custody with a co-parent who is a good one (sometimes annoyingly so). As a result, I have freedoms many divorced parents do not.

Plus, my experience is in its infancy at best. In one whole year as a part-time holiday nomad, I spent only one major collective cultural pause all by myself: I celebrated Christmas Day until New Year’s Day solo at my beach house. I purposely chose that break. I thought it would be a good time to clear my head after a year spent tripping in and out of my nuclear family’s nest. That week, I started and finished a number of projects. One of them, an art installation made out of place mats left by owners past, still hangs in the home’s downstairs hallway. The other creative fruits of my lonely labor got removed by my sister, who recognized the signs of a major breakdown in my freewheeling use of spray paint and double-sided sticky tape. While I don’t intend to take the arts-and-crafts-monk approach to my non-mom holidays moving forward, I do plan to strategize around those pockets of time so they function more like opportunities than punishment. Kind of like getting especially buff or well-read while in prison.

That being said, I do wish I could select which holidays I get to spend with my kids. If a genie gave me that lamp, I would rub requests for July Fourth, Thanksgiving, and New Year’s Day. The Fourth because its golf cart parades, water-centric activities, hot dogs, hamburgers, sweet corn, melon, and set color palette make Independence Day the reference point for that year’s entire summer. If your children spend it with your ex–other half, you’ve basically been robbed of the joys of an entire sunny season.

To keep the day of the turkey in my column, I might even be willing to trade away two other holidays, like Halloween and Memorial Day. I relish Thanksgiving because everybody knows what to do and what to expect. No gifts change hands, just the ones offered up in thanks. Then there’s the Macy’s parade, beloved both as background noise and as a built-in babysitter as you get the dressing, sides, and pies ready in the kitchen.

I’ve probably shocked you by not mentioning Christmas, that most kid-focused of holidays. It’s just that the day of and—if I’m going full-frontal—the week sandwiched between it and New Year’s always hit me in a decidedly melancholy way.

I tend to bust out of Thanksgiving in a red-and-green blaze of elf-level possibility. Maybe this year we’ll drive to the mountains and actually cut down our own tree? Or, even better, I’ll finally re-create those chilly nights with my church caroling in a carpool, minus the church, plus hot toddies. With Baby Jesus as my witness, I will drink and carol!

The pre-action starts with lists of loved ones and ideas for their soon-to-be-chosen gifts. I always think this is the year I’ll get my shopping out of the way early. I’ve never come close to accomplishing that feat—a bummer for obvious reasons but doubly disappointing because, as far as I’m concerned, you can fill your shelves with elves, you can set up a lumbering antique train set that takes up your entire TV room, you can string lights in the bathroom, but your house only looks half decorated until a proper pile of presents sits under your tree.

After all that, there’s the food. Usually, I’m one of those frenzied people who wait till Christmas Eve eve to plan my menu and do the shopping. I have always rationalized that Christmas was not Thanksgiving, and the food acts simply as arm candy for the real indulgences of the occasion. But let’s be real: All tense family gatherings, no matter the season, have the potential to be softened by a lard-laminated biscuit or a prime piece of bone-in beef. And unfortunately for me, these are the types of delicacies people expect when celebrating at my house.

You probably know how all this hope and hyperbole ends up. Over the course of December, I quietly quit all the extra projects I had assigned myself and instead resign to do the bare minimum of what the “mom at Christmas” job description requires. So at 1:00 a.m. on Christmas Day, I’m in the living room wrapping some presents but ultimately decide to just unbox most, positioning them under our pre-lit, white-tinsel tree. When the kids wake me on the sofa, still dressed from the potluck dinner the Howards cobbled together the night before, I’m a ghost and a grinch and I decide that for Christmas this year, I am giving myself the gift of not having to make homemade biscuits. One slap of a Pillsbury Grands can on the counter later, and my present is unwrapped.

I don’t care if you do all your shopping on December 26 of the previous year, or if you sheathe your presents in your own personalized, double-sided roll from Charleston Wrap, the aftermath of Christmas morning can be destabilizing for anyone who lives in a house where the giving happens. The scene that ten minutes before seemed like a bastion of family relaxation worthy of a magazine—couches, coffee table, throws, and pillows, all perfectly tidy with anticipation—gets jolted out of its reverie by a quake registering a 10.0 on the carbon-footprint version of the Richter scale. If it’s paper, it’s everywhere. If it’s biscuit crumbs stuck together with jelly, they’re mingled with tinsel bedazzling the floor. If it’s orange juice spilled from plastic cups, because your mom offered to bring them and the morning’s chaos made you desperate enough to use a sleeve of single-use plastics, it’s under a chair or between two cushions on its way to dry and sticky. Then everybody leaves, and you’re left with two overstimulated yet underwhelmed children who want to know if anyone is coming over with any more presents. Depressing.

To shake the mood, I pursue order—I grab a trash bag and begin to clean up the fallout. Alone for the moment with my thoughts, all I can envision in the week ahead is more routine-free chaos ending with a holiday that promotes unmatched excess and then follows it up with expectations of unreasonable restrictions and unrealistic hope. But—I can hardly wait for it. New Year’s means I can finally, after a month of having everything centered around a prescribed moment, a hard-to-catch spirit, an elusive warm feeling, start living my life in a world where everything doesn’t have to sparkle with a thousand twinkle lights, one where I don’t have to try so hard to make everything matter, one where my shortcomings are just foibles, not failures.