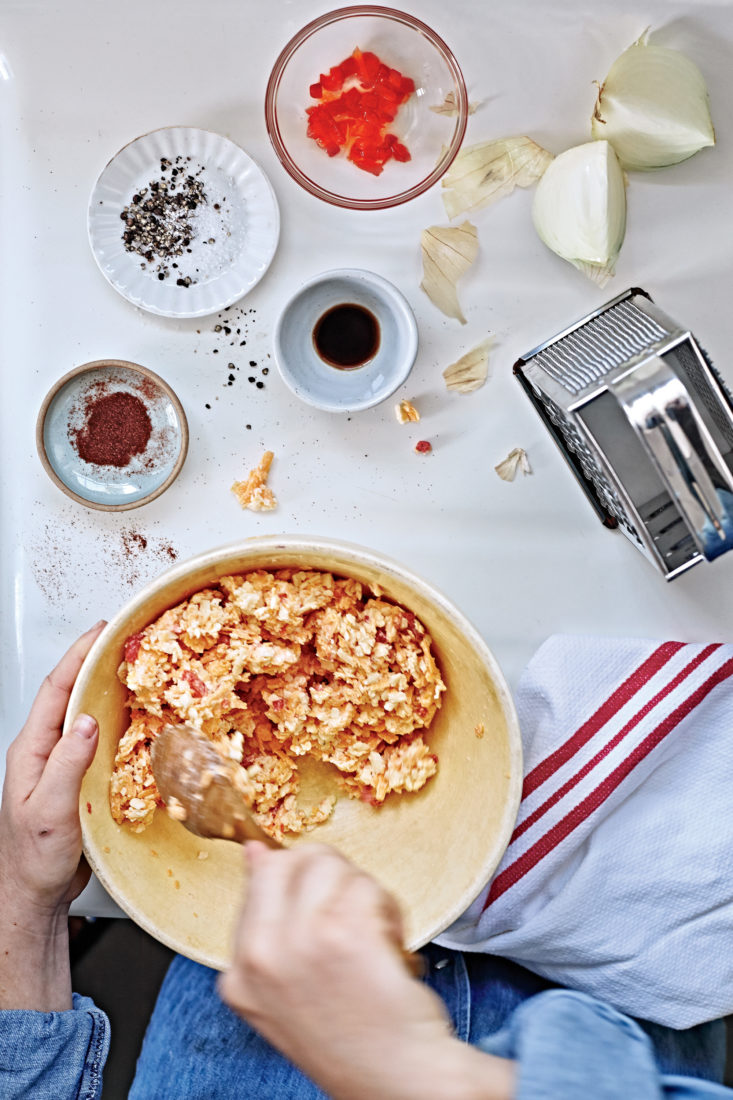 Here’s a bit of heresy: pimento cheese, one of the South’s most beloved food icons, may be an import. Food historians have traced the origins of the “pâté of the South” to late-1800s New York City, where it was made with Spanish peppers and creamy Neufchâtel-like cheese. The dish most likely only began its association with the South in the 1930s and ’40s, when Georgia became a top domestic producer of pimentos and Depression-era Southerners were pressing the whey out of cottage cheese and molding the solids into “hoop” cheese. Still, we made pimento cheese what it is today by using mayonnaise to bind the cheese into something spreadable and, yes, adulterating the trio of cheese, mayo, and peppers with other ingredients. Every Southerner’s treasured family recipe has a secret twist—perhaps a teaspoon of sharp yellow mustard, a pinch of garlic powder, or a splash of sherry.

But first, the immutable elements: extra-sharp cheddar (it has slightly less moisture than regular cheddar, which is key to achieving the right texture) and Duke’s mayonnaise, a Southern standard bearer. Our secret twists? First: a little grated Vidalia onion, which distributes evenly throughout the mayo mixture, nearly disappearing but leaving a trace of sweet-sharp flavor. Second: Worcestershire sauce; its combination of malt vinegar, anchovy, and soy sauce—among many other ingredients—adds savory depth.