Nicholas Sparks on His New Book, Southern Stereotypes, and His Favorite Spots in Florida and North Carolina 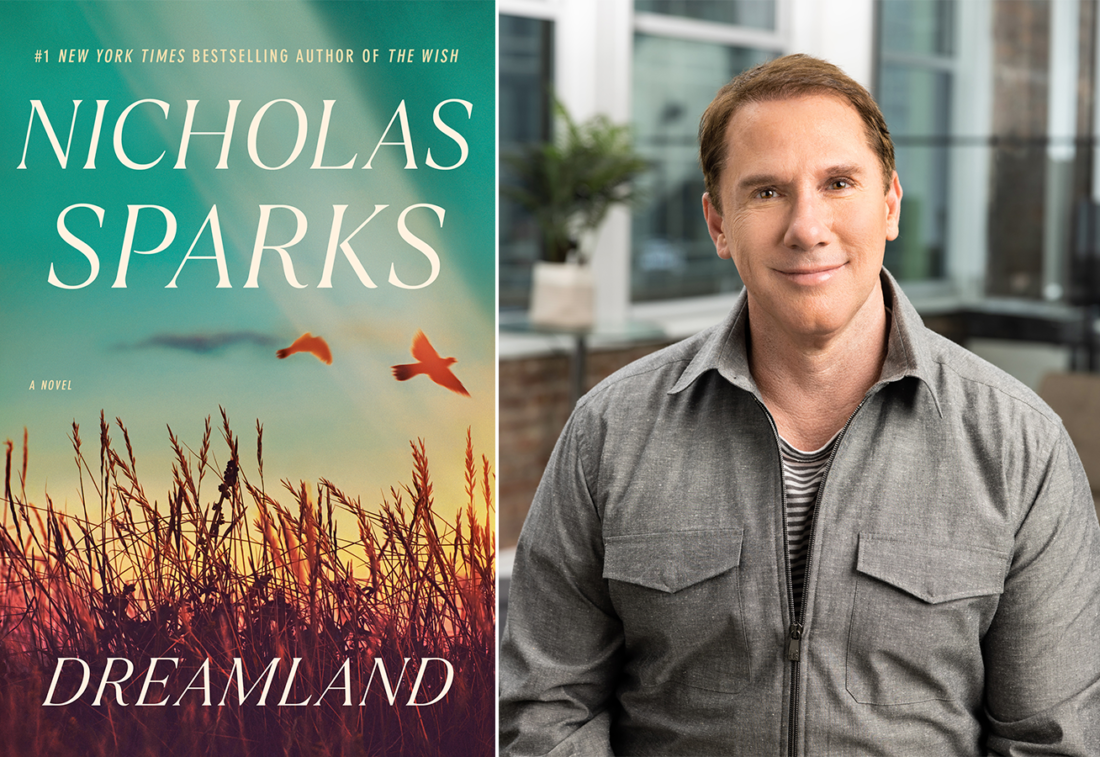 Nicholas Sparks knows a little something about the small-town South. Across his nearly two dozen novels, the mega-popular author sets love stories in motion across North Carolina, with forays into other parts of the region. You might recall a few: A Walk to Remember follows two high schoolers drawn together from opposite sides of the social sphere in little Beaufort, North Carolina; and although Sparks set The Notebook story in his own New Bern, North Carolina, filming for the movie took place around Charleston, South Carolina. (As someone who has lived in Charleston for nearly a decade, I can attest visitors often take pictures in front of the American Theater on King Street and paddle around Cypress Gardens to relive their favorite Notebook moments.)

Sparks’s new book, Dreamland, opens in St. Pete Beach, Florida, and follows the story of Colby, a songwriter and farmer from small-town North Carolina. Two storylines weave alongside and then overlap in this book that focuses on both romantic and familial love. I chatted with the author about why he loves that little town in Florida, his adopted hometown of New Bern, and what he thinks people too often get wrong about the South.

If you could live inside any of your books, which one would it be?

What are some of your favorite places in New Bern, and why are you so drawn to it?

I’ve lived here since 1992 [Sparks was born in Nebraska and moved often while growing up]. I could live anywhere in the world, and I would live nowhere else but New Bern. New Bern is one of the most well-preserved small Southern towns, along with Natchez, Mississippi, and Williamsburg, Virginia. The historic district in New Bern is filled with exactly what one would expect when walking through a Southern town founded in the 1700s: beautiful homes, a gorgeous breeze draped in Spanish moss right there on the river. The entire historic district, including the downtown area, is not only surviving but flourishing. In addition to restaurants and antique stores, there’s a watch repair shop, a hardware store—a visit to New Bern is in many ways like taking a trip back in time.

I have gone through the historic district two hundred times in the years I’ve been here—I’ve walked, I’ve driven, I’ve given private tours, and I’ve taken the official tours through it. It’s fabulous. New Bern was the original colonial capital when we were under British control, and we have the Tryon Palace [an estate completed in 1770 as the capitol of the Colony of North Carolina and a home for the Royal Governor]. Because it’s the second oldest town in North Carolina, many of the first churches established in North Carolina were established here. There’s this place called Amen Corner, where every corner has the “first” church. As a big fan of history, it always gives me a thrill to stand there.

When I go out, I’ll go to the Chelsea Restaurant, Morgan’s Tavern, or Cypress Hall. Our downtown restaurants would be considered outstanding dining in any city in the world. New Bern was founded on the confluence of two rivers [where the Trent River joins the Neuse], so it’s a waterfront town. In the summer, people boat and they fish and they water ski and they wakeboard and they sail. I have fished. I would not consider myself a great fisherman. [Laughs.] But being outdoors and enjoying the beauty of the natural surroundings is an endless blessing.

You begin Dreamland in St. Pete Beach, Florida. Tell me about your favorite places there.

I first started going to St. Pete Beach seven years ago, and every time I go, I stay for about a month at the Don CeSar, which is a wonderful old-school classic hotel on one of the most beautiful beaches in the United States. It has gorgeous white sand, incredible sunrises and sunsets, and I simply have fallen in love with my time there. When people think about Florida, maybe they think about Miami or Key West, or Naples or Orlando, and lately more people have been thinking about Tampa. Maybe they know St. Petersburg, but nobody ever mentions St. Pete Beach. It’s just one of my favorite places in the world to walk and unwind and take time to emotionally and physically rejuvenate myself. In that area, they also have the Dalí museum, and these wonderful places to kayak through the salt marshes and into the bay where I have seen eagles and hawks and dolphins and manatees. My moments out there fill me with peace.

This new book covers love in a bit of a different way for you—family love. What inspired that?

While I write love stories, and all of my stories have a setting that includes North Carolina, every novel I’ve written is different than anything I’ve written previously. The novels vary in length, time period, setting, age of characters, and perspective. They vary in the gender of the primary character. They vary in every conceivable way; so yes, Dreamland is entirely different in all those ways from anything I’ve written before, but it retains those elements that my readers have come to expect.

I joked with you when we first got on the call that you’ve made some sites in Charleston very popular. And you’re at work on a book that will include Charleston?

The next book, no title yet, does have Charleston in it—the Citadel, Boone Hall, and Magnolia gardens.

Who are some of your favorite Southern writers?

What do visitors get wrong about the South?

The biggest thing that people get wrong about the South is that they think all Southern accents are the same. I assume it’s largely based on what they’ve seen on television or movies—everyone sounds like they’re from Georgia, but they sound like the Hollywood version of Georgia. I tour extensively in the South, and if I meet someone who was raised in a specific place in the South, my first thought is wow you’ve got an accent. And none of them sound like Hollywood. How people sound lets me know more specifically where they’re from—Eastern Kentucky or Western Kentucky; the mountains or coast of North Carolina; Charleston or Savannah; Birmingham or Mobile, Alabama. The Outer Banks of North Carolina, there’s an accent called Hoi Toider that’s derived from how hundreds of years ago someone from Scotland or England might have talked. If you’re from the Outer Banks, your accent might be more similar to that of someone from Maine than Raleigh. We need to hire more voice coaches from the South.

What stereotype about the South does hold true?

That if you order iced tea at lunch, it’s going to be sweet unless specified otherwise.

Anything you’ve been watching or reading lately that’s inspired you?

The movie that most moved me in the past couple of years was CODA. Television shows that I’ve really enjoyed are Ted Lasso and Only Murders in the Building. The writing, direction, and acting in those shows and film is of the highest quality. They were a delight to watch.

Biscuits or grits? Biscuits. Grits, compared to a good biscuit? Come on!

Sweet tea or bourbon? Neither. Gatorade Zero, orange flavor. I have about fifty in my fridge. But remember I was born in Nebraska.