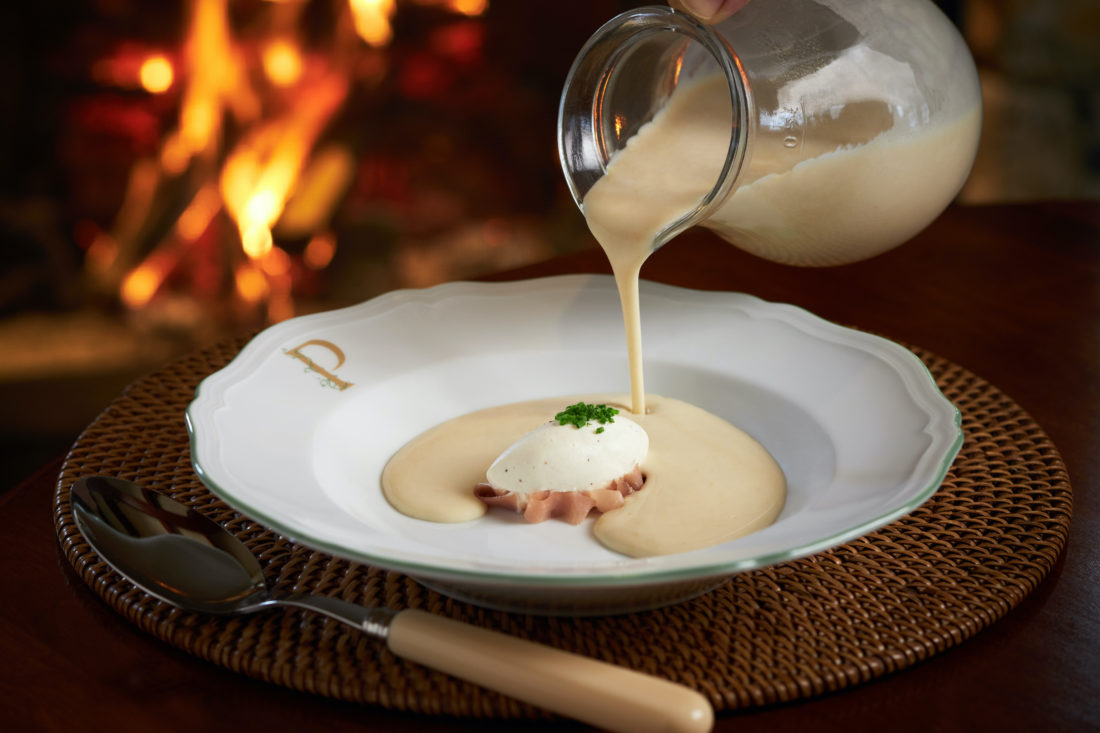 Chef Devin Bozkaya first arrived at the famed Inn at Little Washington more than fifteen years ago, working up to the position of sous chef before heading north to explore kitchens in D.C. and Rhode Island. But in the fall of 2021, Little Washington drew him back to lead the kitchen at the inn’s new sister restaurant, Patty O’s Cafe & Bakery, named after the Inn’s owner and head chef Patrick O’Connell. “This culinary team brings so much curiosity and theater to life every day,” Bozkaya says. “It’s unmatched and contagious.”

The café—which was previously an old gas station—celebrates the Inn’s well-known garden-to-table dishes, offering both Inn guests and visitors a more casual space for breakfast, lunch, or a quick bite from the European-style bakery. Inspired by the Virginia countryside, the kitchen revolves around the harvest from the gardens that dot the inn’s twenty-four-acres. With a Farmer in Residence at work among an assortment of gardens and greenhouses, there’s always something seasonal on Patty O’s plates.

Patty O’s borrows a few popular recipes from its predecessor, including the Inn’s beloved white bean soup, a menu staple for more than forty years. “The white bean soup is the perfect example of what bridges the Inn’s classics and the new approach of Patty O’s,” Bozkaya says. For more than a decade, the Inn featured the white bean soup as the first course in its tasting menu. “This recipe is something simple but done in an extraordinary way, with new and interesting touches that draw from our own gardens and local farms.”

A blend of crisp veggies, white beans, and cream make for a flavorful bowl that pairs well with a simple arugula and balsamic salad or a toasted baguette. Bacon and shaved ham are optional but welcome savory additions, balancing smoke and salt alongside the lighter fresh ingredients.

Bozkaya suggests patiently cooking the veggies until they’re translucent and tender, then adding the stock to fully bring out their flavors. Bozkaya whips up a topping of cream, cracked black pepper, and chopped chives: “With salty bites from the country ham, when the hot soup meets the peppered whipped cream it makes it a bit lighter and more frothy,” he says. “It creates another level of aroma and warmth for a cold winter day.”