Shooter Jennings is Right on Target Clutching a red Solo cup filled with Jack Daniel’s and Coke, Shooter Jennings is sitting inside a Sprinter bus, basically a glorified minivan, at the annual Founders Day Festival in Rockwall, Texas. The van has barely enough room for Jennings and his seven-person band and crew and is doubling as a dressing room, since there’s nowhere else to retreat to near the outdoor stage. Empty Red Bull cans and McDonald’s wrappers lay strewn about inside, and a vintage Nintendo game console is rigged up to the small screen overhead. Wearing a black long-sleeved shirt rolled up to the elbows, dark blue Wranglers, and his always-on shades, Jennings makes his way to the stage, where his burly stage tech Faren Miller hands him a guitar. “Happy birthday,” Jennings tells the crowd, before ripping into the opening chords of one of his earliest songs, “Steady at the Wheel.”

During the show, Jennings doesn’t let on that it’s also his birthday. He’s turning thirty-nine, and his wife, Misty, has flown in from their Los Angeles home to join him, a welcome visit amid the touring grind. Jennings is, of course, the son of outlaw-country pioneers Waylon Jennings and Jessi Colter, and over the course of seven solo albums, he has displayed his own fiercely independent streak. His 2005 debut, Put the O Back in Country, and 2006’s follow-up, Electric Rodeo, owe as much to Guns N’ Roses as they do to the country sounds of his father. He put out Black Ribbons, a concept album about a dystopian future that features readings by Stephen King. In 2016, he released Countach (for Giorgio), an homage to the Italian dance music legend Giorgio Moroder. “That’s the moment I went all the way,” he says with a smile. “It was such a f**k you to the people who thought I should do what was expected of me.” 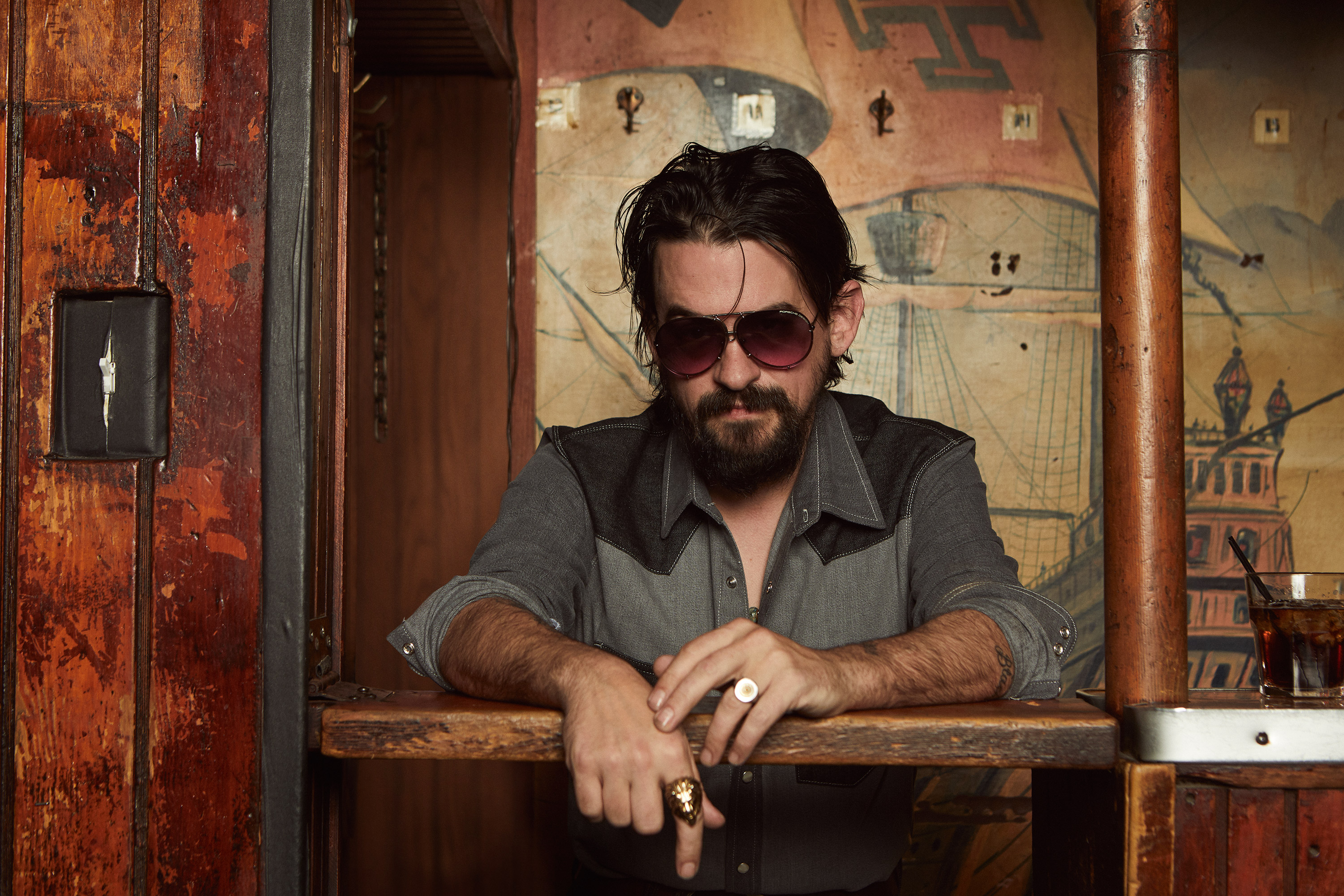 All of this leads up to the rollicking surprise of Jennings’s new album, Shooter, a God’s honest country-rock record heavily influenced by Jennings’s love of mid-seventies-, early-eighties-era Hank Williams, Jr. “His songs were about drinking and women, but they were really deep and personal,” Jennings says. “I wanted to do some honky-tonk stuff that told stories. We needed to get down and have some fun.”

Shooter is indeed a total gas, from the opening horn-fueled boogie-woogie of “Bound ta Git Down” to the exuberant, self-explanatory “D.R.U.N.K.” But it has its tender moments as well, such as “Fast Horses & Good Hideouts” and “Rhinestone Eyes,” a weeper Jennings penned for his wife. Coming full circle, Shooter reunites Jennings with the Nashville superproducer Dave Cobb, who helmed his first four albums. Cobb has since shepherded albums from Chris Stapleton, Jason Isbell, and Sturgill Simpson, among many others, though he’s quick to credit Jennings with helping to pave the way for today’s generation of country rule breakers. “He’s the reason I’m in country music,” Cobb says. “Shooter is a return to acting crazy and stupid with songs that are completely over the top and fun.”

Jennings has been a stalwart on the road, playing everywhere from tiny Texas roadhouses to major clubs, but he’s also a studio rat, having collaborated with a range of artists. This fall he’ll begin producing Tanya Tucker’s first solo album in nearly a decade, and along with Cobb coproduced Brandi Carlile’s stellar 2018 release, By the Way, I Forgive You. “Shooter brings out the best in me because he puts me in touch with my imagination and doesn’t expect me to take the well-worn path,” Carlile says. “He’s truly fearless.” Which might be the best testament of all to Jennings’s drive and his family legacy. “I’m in control of my musical career, which means more than awards and record sales,” he says. “And that freedom is exactly what my dad fought for too.” Since he moved to Nashville in 2013, Aaron Lee Tasjan has become Music City’s cosmic cowboy, sporting sparkly suits and a cheeky wink and grin. But behind that lurks an astute artist bent on injecting some subversion and fun into what can often be an all-too-serious Americana scene. He succeeds with aplomb on his sizzling third solo album, Karma for Cheap, upping the volume and splashing his fuzzy guitar over Roy Orbison–esque melodies. “The Rest Is Yet to Come” pairs a chugging Beatles rhythm with Tasjan’s wry lyrics, while “Set You Free” begins delicately before exploding into a shout-along chorus that would make the perfect backdrop for riding off into the sunset. Let’s hope he sticks around.  —M.H.