The Southern roots of the beloved 1970s television show 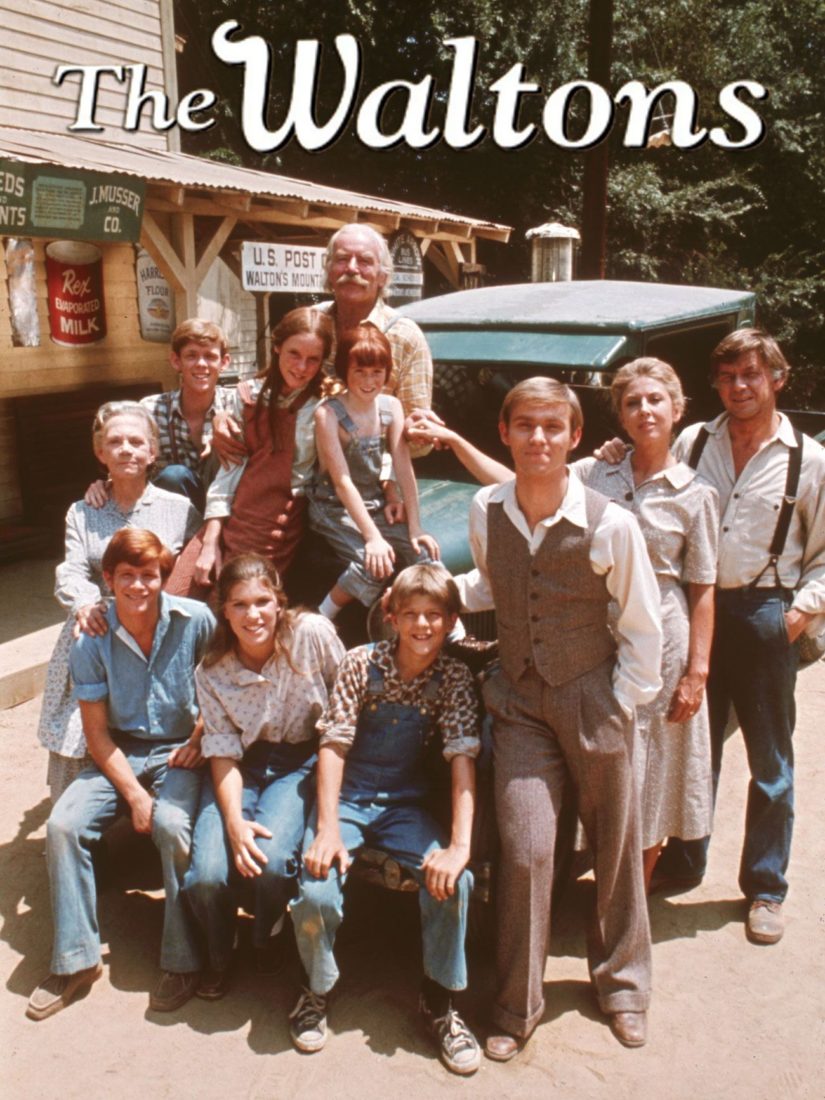 It’s easy for a television show like The Waltons, which chronicled the homespun lives of a multigenerational family in the Blue Ridge Mountains of Virginia during the Great Depression, to seem quaint now. Maybe even a little hokey. But after the series debuted over forty-five years ago, on September 14, 1972, it quickly became a hit show for CBS—one that would go on, during its nine-season run, to garner thirteen Emmys, two Golden Globes, and a Peabody Award.

The popularity of The Waltons may very well have been aided by its era, when issues like the quagmire of the Vietnam War and Watergate dominated headlines. The Depression had been devastating, but forty years on, viewers knew the ending, and that there was an ending—many who had lived through it were still alive.Through the gauze of the decades, fans could focus on The Waltons’ interpretation, which featured a passel of warts-and-all characters with the folksy gumption and morality of a simpler (at least to some) time.

Those story arcs were born of the experience of Earl Hamner, Jr., a writer who grew up in Schuyler, Virginia, just south of Charlottesville, during the Depression. In 1961, his autobiographical novel, Spencer’s Mountain, became a best-seller, and then a 1963 movie starring the screen legends Henry Fonda and Maureen O’Hara. “One finds pure joy in reading, for a change, a positive statement on the potentialities of man,” wrote Harper Lee in praise of the book, which eventually served as source material for The Waltons. On the website and blog he kept before he died in 2016, Hamner wrote that he began developing the book on the beaches of Normandy while fighting in World War II: “I was scared and young and homesick, and as I wrote in my journal I began to remember a promise my father made to my mother on the day they were married. He promised that one day he would build her a house of her own on the top of a mountain. He used to say that the sun goes down too soon for a poor man, and so he never got around to building the house.”

But Hamner’s fictional family did. In 1971, the Waltons, living on Walton’s Mountain, made their first TV appearance in The Homecoming, a Christmas special based on Hamner’s 1970 novel by the same name. Hamner centered The Homecoming’s action on his own father’s thirty-three-mile bus commute (plus six more on foot) between work and home on the weekends. The special saw the first appearance of Richard Thomas as the seventeen-year-old John-Boy, the series’ protagonist and a stand-in for a young Hamner.

The Homecoming became so beloved that it ended up acting as a pilot for The Waltons, with Hamner acting as an executive producer and a longtime writer—he even voiced the narration. And although the show’s exterior scenes were filmed in California, today diehards can visit the Walton’s Mountain Museum in Schuyler—in a building where Hamner attended school—featuring replica rooms from the show. Many elements of those days growing up in Virginia made their way into the heartwarming series, including a Hamner family tradition that ended each episode: the now-iconic “Goodnight, John-Boy” sequence, in which the family members, tucked into their beds, bid each other good night.