Bring vinegar to a simmer, add spices, remove from heat. That’s the basic recipe for the two barbecue sauces that the recent James Beard Award-winner Rodney Scott swabs on whole hogs and serves at his Charleston, South Carolina, joint.

He wouldn’t give away all his secrets, naturally. But he did share a few tips for making your own barbecue sauce. Most important: “The last secret ingredient,” he says, “is love.”

“Don’t be afraid to go a little citrusy in your sauce,” Scott says. He slices lemons into rounds and drops them into simmering vinegar to add another acidic note with a bit of fruitiness. Bonus: the lemon juice tenderizes pork. “Lemons help break down any toughness in the meat,” he says. Just strain the lemons out before you bottle the sauce or use it. “The three must-grab spices that you should have in your cabinet are cayenne, paprika, and dark chile powder,” Scott says. Those add head and nuance. Additionally, black pepper gives bite, and pepper flakes build both heat and flavor.

Scott adds white sugar to his barbecue sauce as one of the last ingredients. Experiment with types of sugar or even honey for a round sweetness. The ratios are up to you—taste and experiment. “One last tip for a backyard barbecue,” Scott says. “Make sure you’ve got lots of alcohol and great music—and tell plenty of lies.” Especially when people ask you what’s in the sauce. 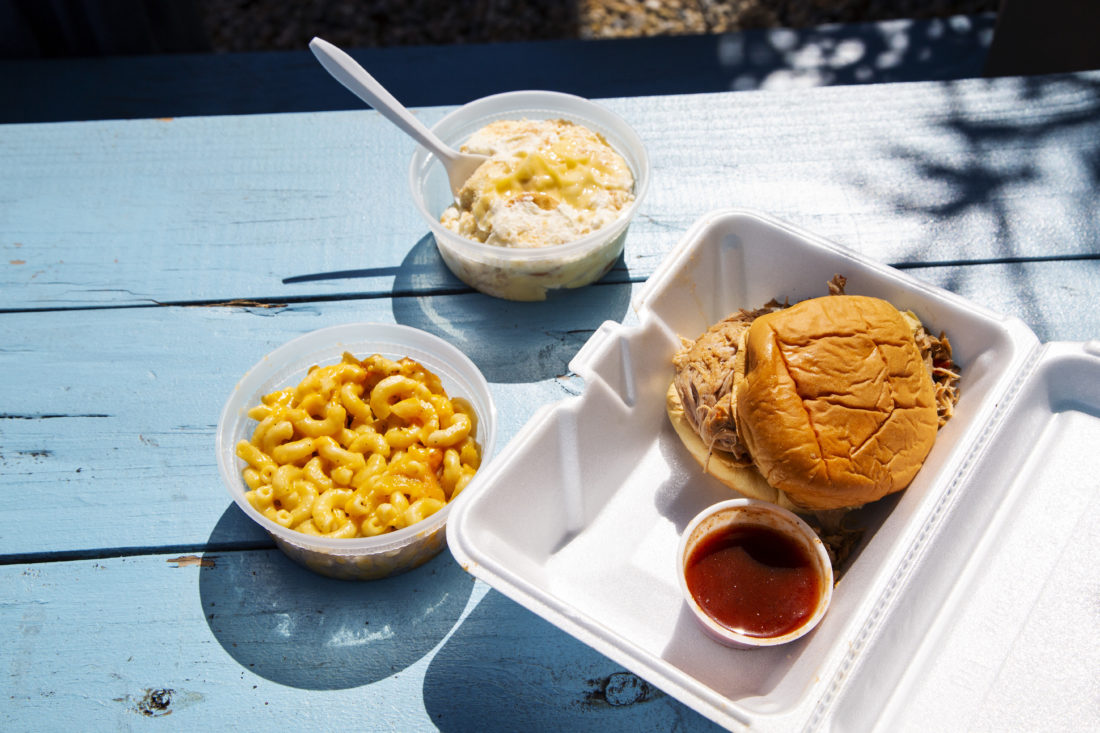 Macaroni and cheese, banana pudding, and a pulled-pork sandwich at Rodney Scott’s BBQ.