In Search of a Southern Cole Slaw Tradition

Whether you call it hot slaw or pool room slaw, this tasty Tennessee/Alabama side dish will spice up your next cook-out Like barbecue, mayonnaise brands, and martinis, Southerners can get particular about their coleslaw. There’s the creamy kind, of course, found on potluck tables across the South. In West Virginia, the slaw might get a splash of buttermilk. In parts of North Carolina, ketchup finds its way into the mix. And tucked into pockets where Tennessee, Georgia, and Alabama meet, you’ll find one unique style of slaw that goes by two different names: Hot slaw and pool room slaw.

These slaw cousins are bright yellow, courtesy of plain yellow mustard from a squeeze bottle, not mustard seeds or turmeric or anything remotely fancy. And they’re often quite spicy, thanks to a generous dose of chile pepper heat. Thus the “hot” name. With finely grated fresh cabbage—one whirl of the food processor away from total pulverization—and a golden color, both resemble chow-chow, the pickled-cabbage staple of many Southern Appalachian kitchens. The consistency nestles comfortably onto hot dogs, burgers, or barbecue sandwiches—the kinds of foods that would be served in a pool hall.

I grew up in the one-stoplight town of McCaysville, Georgia, right on the Tennessee state line. My grandfather—J.J.—was the pool shark at a pub back when transient workers came through the area for copper mining. The bar owner would call him in to win money for the house. I never saw him in action, but I imagined him celebrating his wins with a slaw dog and a draft. So you might think I’d be on the pool room slaw side of the naming line. But no. At our house, slaw was slaw.

Just forty miles away from McCaysville, though, at the other end of the Ocoee River, in Cleveland, Tennessee, Fuzz’s Hot Slaw reigns supreme. Its lineage goes back to a 1950s drive-in theatre called Star Vue, where hot slaw accompanied concession-stand hot dogs.  William Lloyd Callaway (AKA “Fuzz”) liked to garden and cook, so he tinkered with his grandmother’s slaw recipe, which was based on Star Vue’s, until he developed his own, giving it away to family and friends in Mason jars for easy transportation. When he passed, Fuzz’s daughter Laney Callaway and a family friend Priscilla Morris decided to carry on Fuzz’s tradition in a more official way. They’ve just inked a distribution deal for the slaw with Food Lion. Moving west from Cleveland to Nashville, there’s another hot slaw brand created by a child in homage of a parent: Betty Jo’s Gourmet Slaw. This slaw’s namesake had seven daughters in Florence, Alabama, where hot slaw is famed at Bunyan’s Bar-B-Q, which opened in 1972. As Betty Jo’s family grew, it became harder to afford restaurant outings. She developed her own recipe to accompany roasted weenies on wire coat hangers at home.

“Mom took it to another level,” says Betty Jo’s daughter Torey Boman. After Betty Jo passed, her friends approached the daughters: “We’re gonna be out of slaw soon, so y’all better get in there and figure it out,” Boman recalls. The sisters would come home from school to find “cabbage everywhere,” says Bridgette Johnson, so it didn’t take them long to figure out the recipe. With the help of more family members, Boman and Johnson moved the operation to a commercial kitchen and launched an official bottling operation in 2011; the slaw is available in hot or mild flavors in specialty shops and grocery stores around the region. It’s especially popular in Nashville, where I live now. At Lockeland Table in East Nashville, chef Hal Holden-Bache buys Betty Jo’s slaw by the case and uses it to top a grilled pork loin and collard greens dish. These days, Boman runs the business and a Betty Jo’s food truck out of Huntsville, Alabama, close to another mustardy slaw mecca just across the Alabama line: Fayetteville, Tennessee. That’s the spot where hot slaw seems to morph into pool room slaw.

Honey’s Restaurant has been making pool room slaw since 1923. While the family carried the last pool table off the premises in 2006, the slaw—and its name—endured. It’s made in big batches and sold at the local grocery, too. Next door at Bill’s Cafe, a different variation of mustardy-sweet slaw is spooned on burgers as well where guests can still play pool and smoke.

After tasting them both, I headed into a bookstore nearby to try and put this slaw quest to rest. But the woman behind the counter said her family prefers yet another version at a place called Ken’s Famous Slawburger. And with that news, she sent me on down the road. When it comes to food traditions, the path to discovery never ends.

A versatile side that doubles as a burger or hot dog topper, too 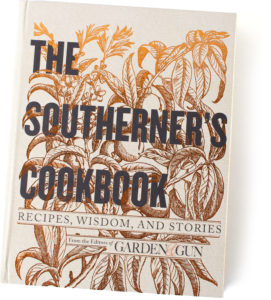 From The Southerner’s Cookbook