Step Inside a Texas Original

A young family brings serious style to a weekend retreat The living room of the Oliphant family's West Austin home.

Something about the white stucco cottage, tucked into a forest of live oaks in the hills of West Austin, Texas, called to Guy and Meg Oliphint. The Houston couple first spotted it in 2012, when they began renting a house nearby for weekend getaways. “The owners showed us around, and we just fell in love with it,” Meg remembers. Living there became a dream—and then their destiny when, a few years later, the house came on the market. The Oliphints didn’t hesitate. “We bought it without seeing it again,” she says. “We didn’t even drive up.” Meg Oliphint and her daughters, Clara, Sadie, and Lily, in their renovated kitchen.

Meg tells the story in the house’s soaring great room, as dappled light filters through the craggy oak canopy just outside a wall of tall French doors that turn the tiered backyard into a kind of showstopper artwork. When she and Guy bought the house, she says, those windowed doors were much shorter and didn’t maximize the effect. It’s one of many changes they’ve made in the intervening two years, with the help of the Houston designer Meg Lonergan. The Oliphint family’s getaway in the West Austin hills.

The Oliphints have three young girls, and they yearned to have the kind of space to play that their dense Houston neighborhood couldn’t offer. With that in mind, Lonergan says, “we used more color, more modern or funky things. The idea is for it to be family friendly and approachable—relaxing, with lots of layers of texture and pattern.” Not as easy as it might sound, given the home’s dramatic bones. Originally occupying only 1,000 square feet, the house was designed in the early 1980s by a University of Texas architecture student, who created an open living space and a sleeping loft upstairs. Several years later, he added the cathedral-like great room, with a steep vaulted ceiling, and four bedrooms, including a sprawling master suite. As he did, the house took shape in a style that’s hard to categorize, with clear Spanish colonial influences, and countless nooks and surprises that make it feel a century older than it is. One former exterior wall in the great room, for instance, still features a tall stained-glass window into the loft on the other side. A game table in the family room.

For Lonergan, the redesign job began with the great room. She and the Oliphints toyed with painting the high ceiling beams white but ultimately opted to keep them more rustic, in their naturally warm wood color. To give the cavernous room an intimate feel, Lonergan found two enormous round lighting fixtures that create a  false-ceiling effect above the sitting area. “That was the first thing I selected for the house,” Lonergan says, “and I built from there.” Lily (left) and Clara Oliphint take advantage of a nook in the playroom.

An eclectic collection of art composed of personal pieces from the Oliphints, such as a giant photo of a white barn that they purchased at an art fair, and finds Lonergan scored at the semiannual antique fair in Round Top, Texas, creates cozy vignettes that break up the expanses of white wall space. Just inside the front door hangs a protruding tangle of wires encased in colorful yarn, a piece that Aaron Rambo, one of the founders of the Houston design store Found, discovered in San Miguel de Allende, Mexico. Like much about the house—the bathroom sink that’s actually a repurposed birdbath, the Brooklyn-themed toile wallpaper designed by former Beastie Boy Mike D, the white china set that Meg Oliphint’s grandmother collected from gas stations during road trips—the artwork is both arresting and unexpectedly homey. A repurposed birdbath in the powder room.

Renovations on the home took nearly a year and a half—in part because the entire foundation had to be replaced—but as the Oliphints settled in last summer and visited most weekends in the fall for Longhorn games (both attended UT), a comfortable routine emerged. They hike every weekend on the Turkey Creek Trail through Emma Long Park, an expansive lakeside preserve just up the street. They pile into a golf cart and head to their boat slip around the corner, or to Ski Shores Cafe, a lakeside venue for live music and movie nights for the kids. Or they just find a quiet corner to retreat to on their property. The backyard unfolds as a series of linked grassy areas, almost like  outdoor rooms framed by the trees. Guy and some visiting buddies built a tree house down the hill one weekend, where the girls now take their dolls. He prefers to unwind in one of the hammocks strung from the oaks.

In addition to the peaceful setting, it’s the purposeful quirks of the house that make it a singular place. “The original architect,” Meg Oliphint says, “planned out every little inch. He really thought of everything.” 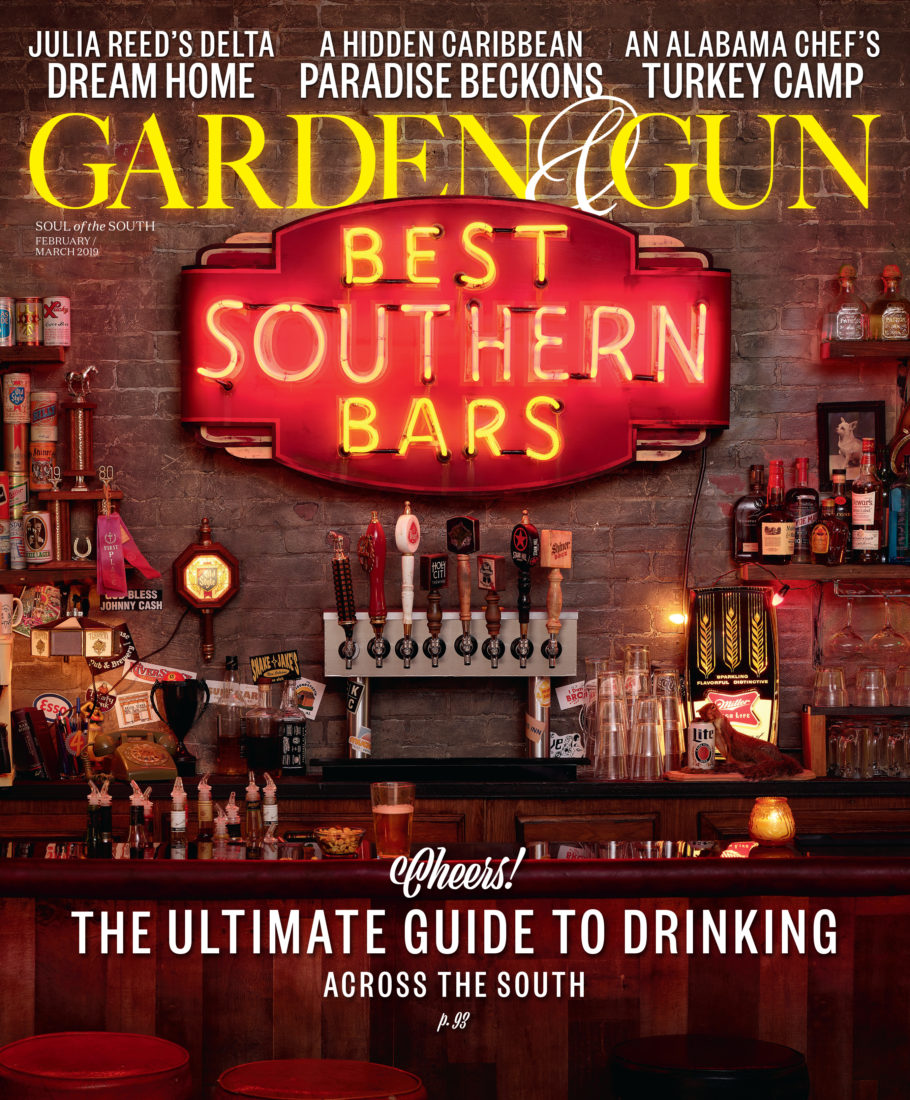