Long a staple on
the
African American table,
watermelon rind pickles are a gift of summer They were an annual treat that made their appearance in a cut crystal dish next to the celery hearts, colossal pimento-stuffed olives, and carrot sticks. They only showed up briefly for Thanksgiving dinner, and I waited patiently to savor their spicy sweetness all year long. I would later learn that watermelon rind pickles represent the best of Southern frugality, taking what would otherwise be discarded and transforming it into something tasty—in this case into the star of a relish tray, or bacon wrapped and broiled for a sweet and savory hors d’oeuvre, or coupled with thinly sliced ham in a biscuit or with a few slices of roast pork. Although the pickles disappeared from my life after my maternal grandmother’s death, I loved them even more in memory, factoring in the knowledge that they were hand prepared from a Virginia recipe she never shared with her daughters and that went with her to the grave. I always look for pokeweed first. Right after the daffodils start to bloom but before the monarch butterflies come back, before the strawberries catch their color and asparagus gets that violet tinge, when the bluebirds start singing and the cardinals come around again, I know it’s time to start scanning the edges of the woods for the scarlet-stalked plant my family considers to be “good eating.” We aren’t the only ones fond of this towering weed found throughout the South. Indigenous people have used the pokeweed plant for herbal medicine for centuries, but its traditional Southern culinary preparation was probably born out of desperation. After families ate through their stockpiles of preserved food during a hard winter, pokeweed was one of the first edible greens to appear every year.

Pokeweed, or poke sallet, as it’s known once it’s cooked, is survival food. But it’s on par with morels for the complexity and versatility it can attain  in the hands of a capable cook.

High on the Bog

Chicken, sausage, and
rice form a beautiful union in this potful of South
Carolina comfort Perhaps the best word to describe chicken bog is one used by the late culinary historian Joseph E. Dabney, author of the 2010 book The Food, Folklore, and Art of Lowcountry Cooking: “unheralded.” Proof of this: While we grew up just a couple of hours down the interstate from bog’s ground zero in South Carolina’s Pee Dee region, encompassing the towns of Florence, Conway, and Loris (which hosted its fortieth annual Loris Bog-Off Festival last year), our own first taste of chicken bog only came when we were in our thirties, in the Church Street kitchen of our friend, the Charleston painter and arts educator Janet Hopkins. We devoured it. Richly flavored—and alluringly, aptly named—this semi-soggy chicken-sausage-and-rice medley was comfort’s essence.

READ MORE AND GET THE RECIPE: CHICKEN BOG

A Cake for the Ages 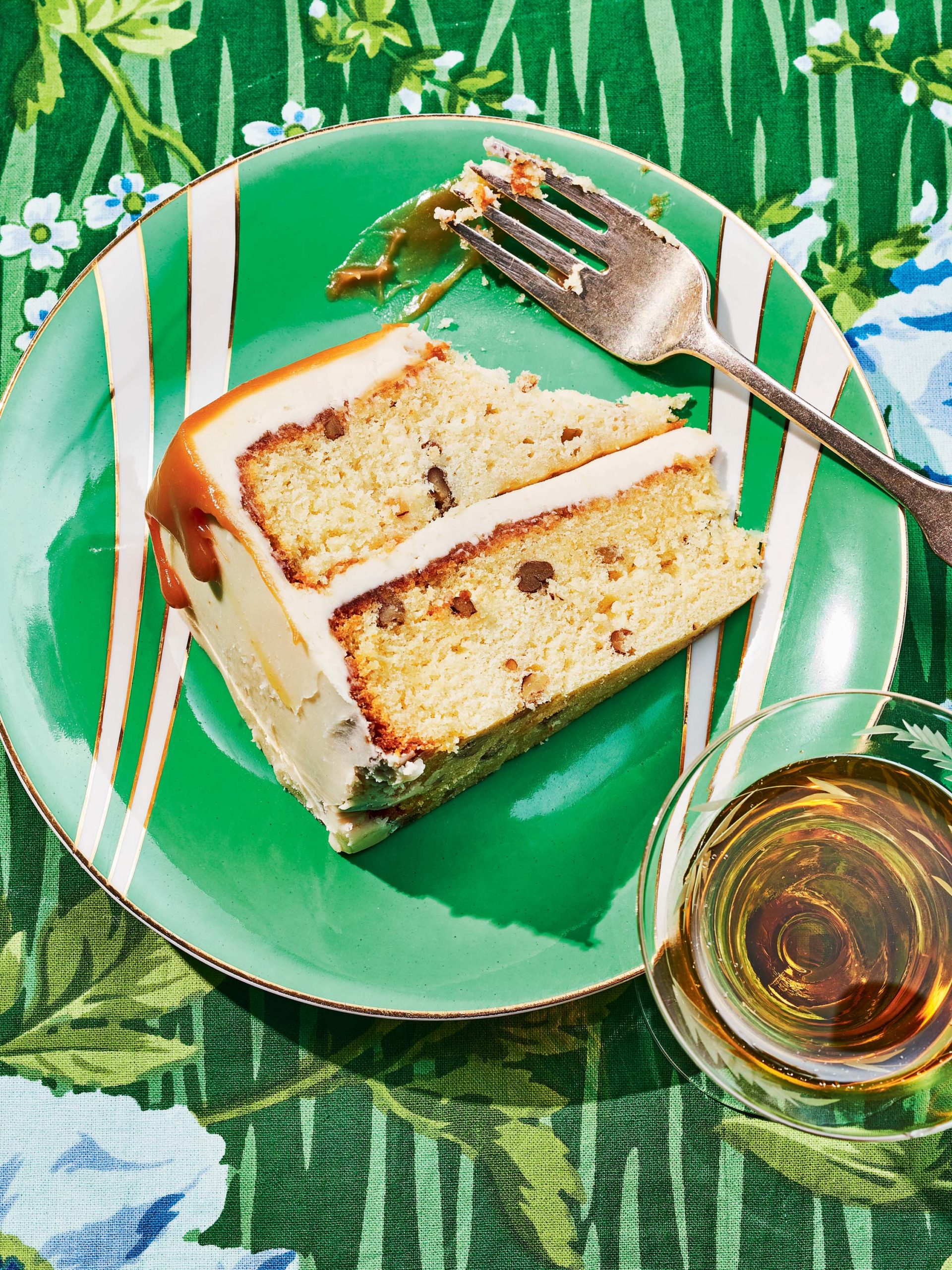 I hadn’t thought about caramel cakes until I heard about Mrs. Beavers.

I had been digging through my grandmother’s collection of recipes while resurrecting heirloom desserts for my rural Virginia bakery, hoping to find some kind of long-lost cake that needed a little light shone on it. But so far I was flummoxed.

Within a week, as it happened, a customer asked me if I could revive a cake beloved among the townsfolk of The Plains, a little burg up the road. “Mrs. Beavers, now gone, was famous for her caramel layer cake that still haunts us all,” he told me, providing a skimpy list of ingredients from family members uncertain about the preparation. I began searching through vintage cookbooks for caramel cakes, but the recipes glossed over the cake part—usually stating only to “make a simple yellow batter”—and focused on the mishaps of working with caramel, which tends to burn or harden quickly. I followed one of those recipes, not loving the cake’s dry results. But I was smitten with the richness of home-cooked caramel and yearned to upgrade this disappearing jewel. The key to the solution was another week away.