The thing about country ham: you don’t have to cook it much if you don’t want to. The highest-cured Southern country hams (sometimes aged as long as eighteen months) can be thinly sliced and eaten raw, like prosciutto. Even the inexpensive packaged slices of pre-cut country ham you can find in most grocery stores just need a few minutes in a hot skillet to develop a golden brown crust. What’s left behind in that pan is where the cooking really begins. Use the rich, flavorful ham drippings as a base for a variety of gravies.

The finely milled flour that thickens pasty-white “sawmill” sausage gravy today wasn’t always an everyday ingredient for many Southerners. Certainly not the mountain men who worked logging camps in the late 1800s and early 1900s. Back then cornmeal did the job. This recipe adheres to that tradition, creating a thicker gravy that’s more akin to grits. In fact, the lumbermen often joked that there was sawdust in their gravy, but they didn’t complain about the flavor. Recipe from The Southerner’s Cookbook Get the recipe for this Southern favorite 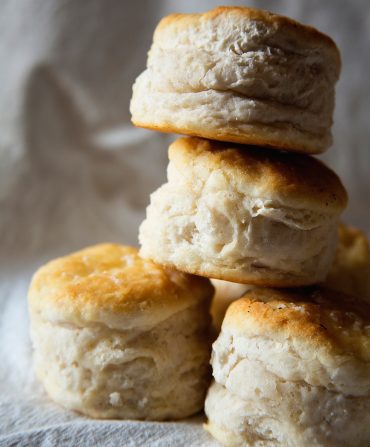 The Easiest Biscuits You’ll Ever Make

With the right ingredients, these are lighter and paler than their buttery counterparts, rising like afternoon clouds and exhaling buttermilk steam