Chic French fire tools and accessories by way of Tennessee The South isn’t known for snowstorms or subzero temperatures, but that doesn’t mean Southerners don’t enjoy sitting by a cozy fire. Quite the contrary. If it’s one degree below seventy, we all know folks who consider that reason enough to throw some logs on the hearth. And the team at Ironware International in Nashville, Tennessee, know exactly how to outfit your fireplace in style.

The company’s story begins thirty years ago at a flea market in Paris. “I stumbled into Pierre Picard’s booth and was immediately transfixed,” says Ironware International Founder, Karin Eaton, who is now both an importer and designer for the Atelier Picard foundry in Normandy. “I began my company in Nashville with several dozen of his original designs and over the next few years, with the tutoring of Picard, began creating new designs myself.”

Fireplace accessories remain Eaton’s favorite in the extensive line, which has grown to also include lighting and furniture. “My favorite andirons, the Fleming (below), are based on an extraordinary leaf that looks wonderful in front of a roaring fire,” she says. 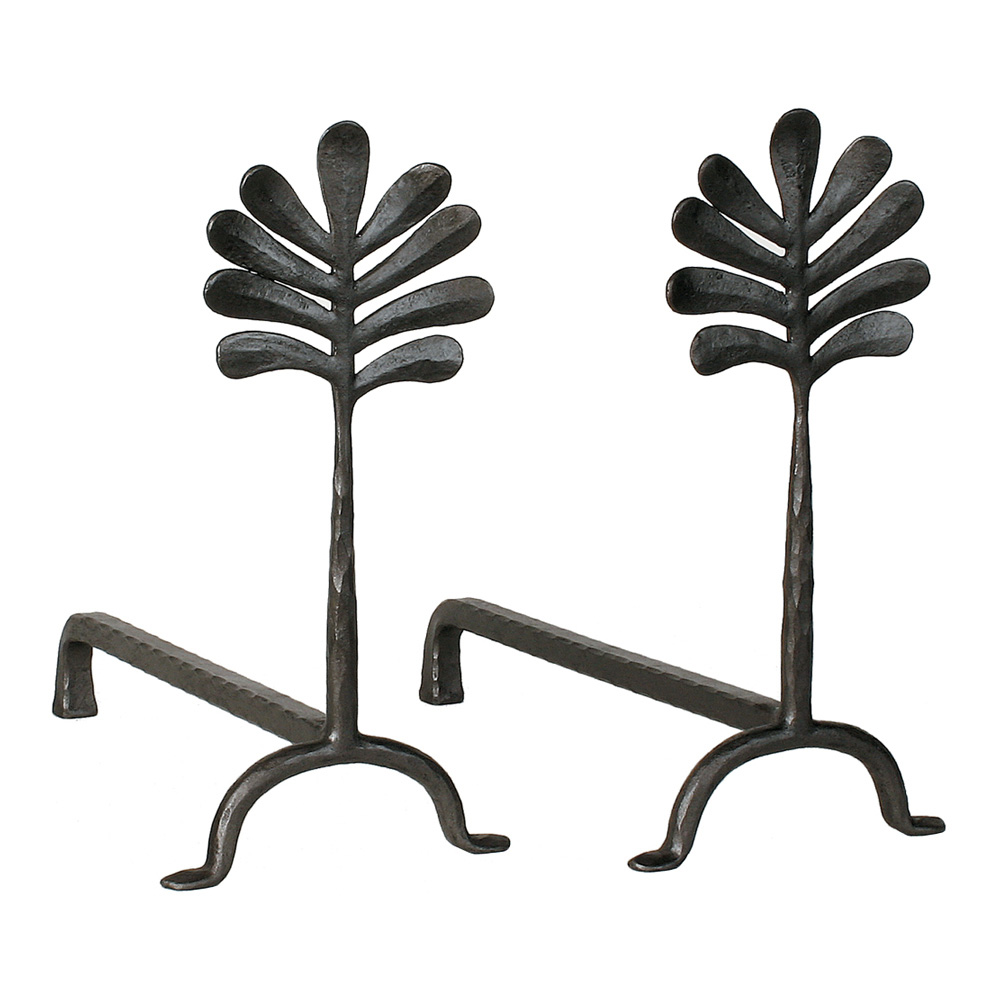 In addition to andirons, Ironware International also produces fire screens, fenders, tools, and log holders as well (below). All forged-iron pieces are produced at Atelier Picard and finished in Nashville. “We have eight artisans who trained in thirty five finishes and many have been with us for over a decade,” Eaton says. “Each product has been touched thousands of times by the hammer, the brush, and the hand.”