A Florida Home on the Bayou Mahogany doors frame the entrance to the Powell residence.

Early on weekend mornings, Erika Powell takes a cup of coffee down to the dock be-hind her house in Santa Rosa Beach, Florida, and sits quietly, observing the bayou. Stick-legged blue herons stalk prey in the shallows. Mullet skitter across the water’s surface like skipped stones. “It’s such a great way to start the day,” Powell says. It’s also the calm before a storm of gleeful activity. Powell’s husband, Chance, an avid fisherman, likes to navigate the bayou in a twenty-two-foot Pathfinder out to Choctawhatchee Bay, where he’ll cast for redfish and trout. The couple’s daughters—Sloane, who is eight, and Whitney, five—will tumble out of bed and into the tree house in the backyard or take turns in the swings. As the day warms, the girls usually beg to swim in the cool clear water of an eight-foot cattle trough that serves as a pool. Later on, everyone may jump on the boat to go tubing and get snow cones at Crab Island, a sandbar in Destin. In the evenings, the Powells frequently host big dinners around a twelve-foot-long wooden table in their dining room. Erika Powell on the side porch.

The Powells’ property sits right in a transition area between the edge of a state forest and the bayou, where the woodlands meet the coast. Fittingly, the couple has created a home there that moves seamlessly from relaxation to action, and from the indoors to the out- of-doors.

In her day job, Powell, the thirty-seven-year-old founder of Urban Grace Interiors (and the popular style blog of the same name), plans designs for ram- bling beach houses along the scenic Highway 30A corridor. With her own home, she took a different and very personal tack. “My mind-set is that when I see something I love, I put it in my house,” she says. “It’s somehow turned out to be cohesive.”

From the outside, the Powell home, which was designed by the Mississippi New Urbanist Bruce Tolar, looks like a high-end fish camp. The dark green exterior neatly matches the longleaf pines and live oaks that shade the yard. A wood carving of a giant rainbow trout hangs over the mahogany front doors. Fishing rods, kayaks, paddleboards, and a cast-iron fish-cleaning sink join the Pathfinder in the boathouse out back. Bonus Photos: Click to see more images from this story.

Inside, the stylish yet comfortable space befits a young couple raising two energetic daughters. The foyer leads into the dining room, dominated by the massive table. “It’s great for entertaining, though if you look closely, you can see the sparkles left on it from the girls’ art projects,” Powell says. The kitchen, with its stainless-steel backsplash over the range and big cast-iron sink, has an industrial—and practical—feel, and opens into an airy great room with huge windows. The cream-colored wood paneling complements the plush chaise longues and the sofa that the family piles onto as a group for movie nights. Sporting art, mostly of birds and dogs, adorns the walls.

Powell put her Southern design resources to use to commission some of her furniture. She tapped Andrew Reid, an Alabama craftsman, to create the heirloom poster bed in their master bedroom upstairs. And she enlisted a local cabinetmaker for a set of his-and-her dressers, which look traditional but employ the slides you find in kitchen drawers so they can be fully stuffed with clothes. “I like things that look great but are actually functional,” Powell says. 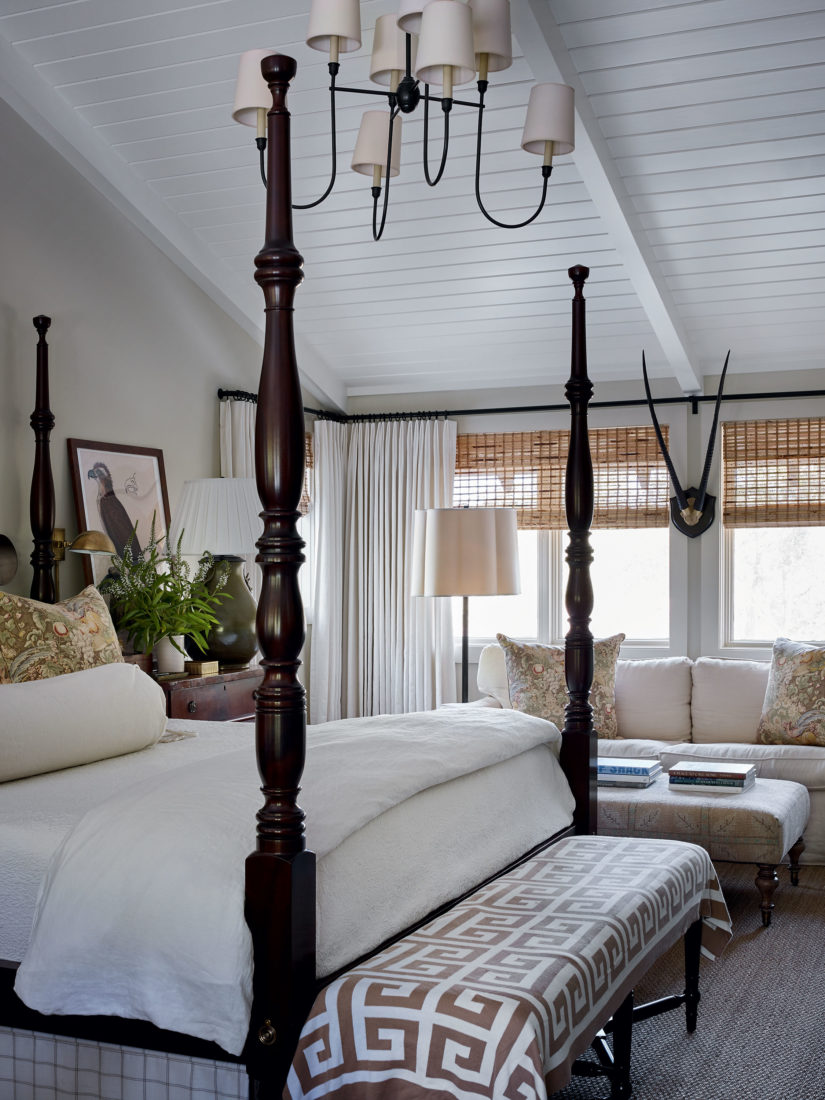 A handmade bed in the master bedroom.

That philosophy extends out of the deck doors and onto the 1,400-square-foot wraparound porch, which is screened in at the back and features a small kitchen, a dining table, a sitting area, a television, and a commercial range. “This is where we live in the summer,” Powell says. The porch, kitchen, great room, and master bedroom were all added in 2012, when Whitney was on the way, a renovation that doubled the house’s size to 3,600 square feet. These days, the side porch hosts “the most used thing in our outdoor space,” Powell says: a five-and-a- half-foot cast-iron claw-foot bathtub that the girls soak in after a day in the salt. Chance, a forty-four-year-old civil engineer whom Powell met on the beach at Grayton and married in 2006, designed and built their backyard tree house using salvaged wood and doors from one of Powell’s work sites. The cattle trough pool was the brainchild of Powell, who has been repurposing things since she was a little girl who once turned a discarded refrigerator box into a condominium for her dolls. The dock matches the green of the Powells’ house, blending into the McQuage Bayou.

The boathouse and dock get just as much action, though. At the height of the summer tourist season, Powell says, it’s faster to get to Destin by boat than by car. On nice evenings, when the mood hits, the Powells take the boat to the Bay, a waterfront restaurant founded by the esteemed chef Jim Shirley. “We have a sunset cruise and a cocktail, and then have dinner and can be home by eight,” Powell says. “It’s such a peaceful way to unwind.”

Back where the backwoods meets the bayou, the house—which Powell views as a living organism—continues to evolve. “It’s always a work in progress,” she says. “Over time, I think houses get better. You layer them with the things you love, and along with that come character and coziness.”