A taste of summer from Chapel Hill mainstay Crook’s Corner 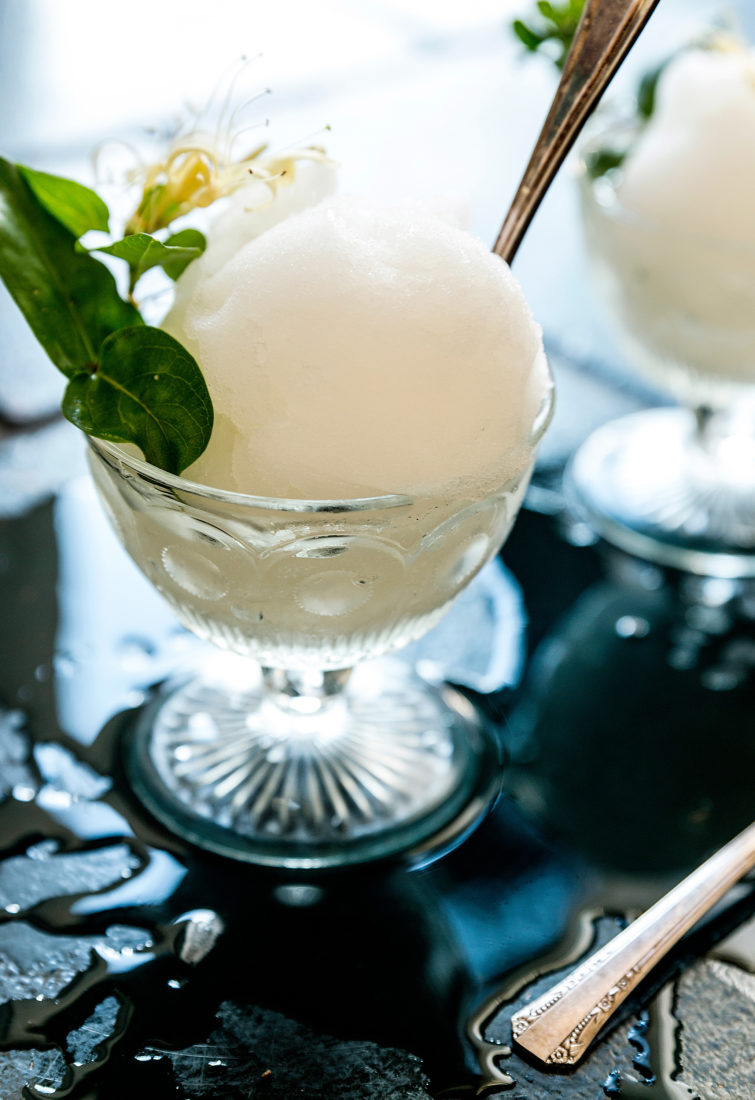 Honeysuckle’s floral perfume is the scent of summer in the South. For one chef and his loyal following, it’s also the flavor. “As soon as anybody sees one honeysuckle flower in their yard, I get the phone call,” says Bill Smith of Crook’s Corner, the beloved Chapel Hill, North Carolina, restaurant. “‘When are you doing the honeysuckle sorbet?’”

Smith never knows for sure. Honeysuckle blooms around the beginning of summer each year, but the season comes and goes according to the whims of nature. Often, honeysuckle only puts forth in sufficient quantity for the chef’s sorbet for a few weeks. Some years, honeysuckle hardly blooms at all. “That’s problematic for us,” he says. “People get upset when we only have a little bit.”

Smith slips out of his restaurant to collect the blossoms at night when they’re at their most fragrant. He brings a bucket and two beers, which he sips while he’s picking. When both cans are empty, he knows he’s harvested enough—about eight cups—to amble back to the kitchen and spin a two-quart batch of sorbet. (Though you’ll only need half the harvest to make the recipe at home.)

“Just don’t try to keep it in the freezer for more than a couple of weeks.” Like honeysuckle season, it won’t last.