Certain movies strike such a chord with their viewers that they transcend the screen and manifest themselves in real life—think loyal “Windies” flocking to Gone with the Wind gatherings or costumed “creatures of the night” lining up for midnight showings of The Rocky Horror Picture Show. Thirty years ago this month, a low-budget dance movie targeted to teenagers began its journey to becoming one of those worldwide phenomenons. 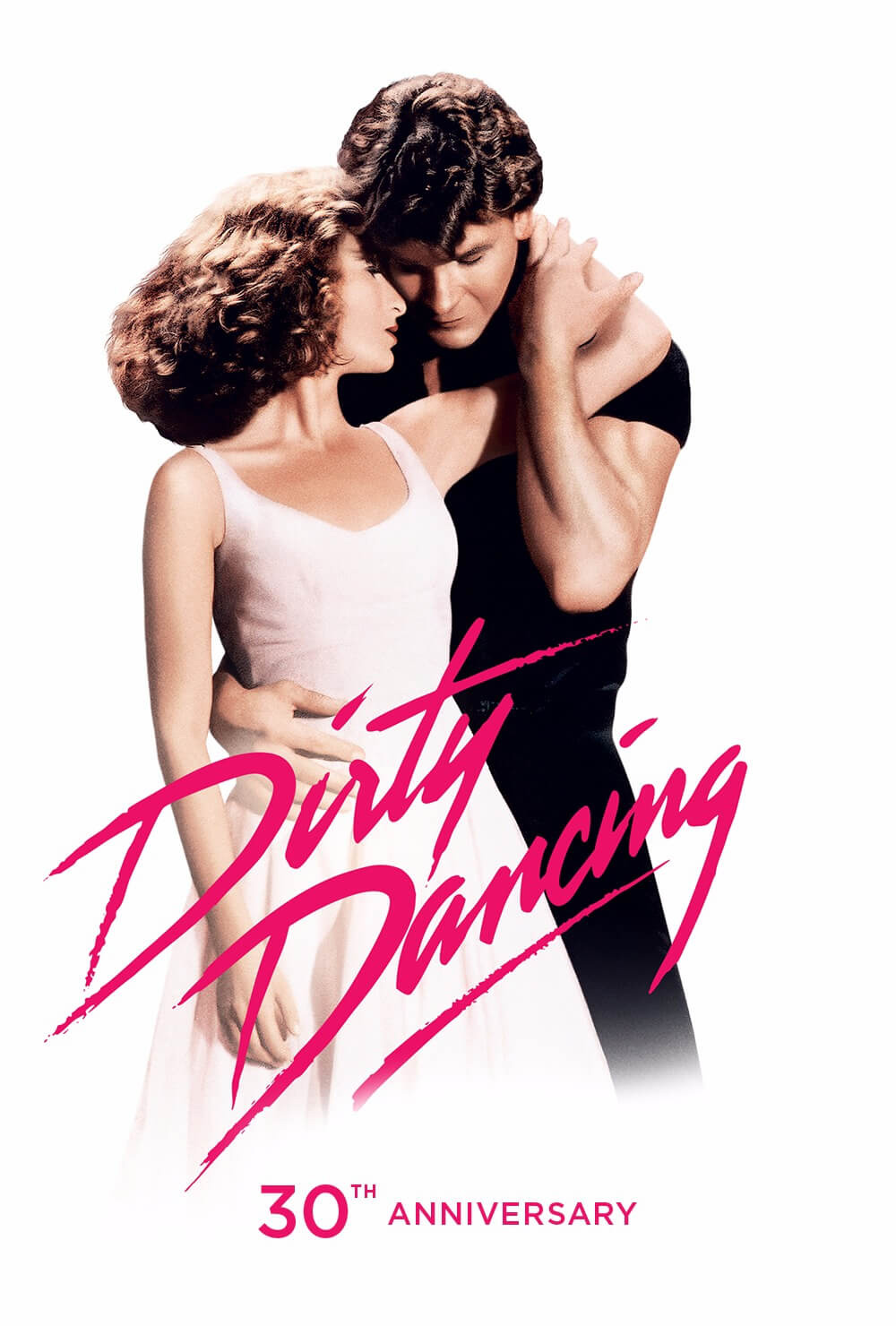 Dirty Dancing, released August 21, 1987, starred Patrick Swayze and Jennifer Grey as Johnny and Baby, two young people falling in love—with the cha-cha and each other—at a resort in the 1960s Catskills. Spurred by positive reviews, the film earned $10 million in 10 days—twice its budget—and went on to gross $170 million worldwide, spawning a smash sound track, a follow-up film, and, earlier this year, a made-for-television remake.

In 2009, after Swayze’s death, Lake Lure, North Carolina, one of the filming locations, “was flooded with phone calls from fans” asking the town to find a way to commemorate the movie, says resident Michelle Yelton, who founded the Dirty Dancing Festival in response. This year, on August 18, what would have been Swayze’s 65th birthday, the eighth annual festival will include activities inspired by the movie, including watermelon games, dance lessons, and a lake lift competition, among others.

In addition to the festival, there are many ways for fans to celebrate the anniversary. While most of the film locations are now gone—the North Carolina boys’ camp that posed as resort staff cabins has been torn down and replaced by private residences, and the Virginia lake where Swayze and Grey rehearsed the famous lift has disappeared—the essence of the movie remains at these spots.

Although the movie is set in New York’s Catskills, the hotel that served as the movie’s resort set is still in operation at Mountain Lake Lodge in Virginia. Informational signs have recently been erected at the sites of the eleven scenes filmed on the property, including the arrival of Baby’s family, Baby’s cabin, and the gazebo. One of them, however, is gone; the lake drained to one-ninth of its full capacity, a rare but natural geologic occurrence. Perhaps the most popular site is the dining room and kitchen from the film, now transformed into a farm-to-table restaurant.

Because producers made a last-minute decision to film in Virginia, only a few actors could stay at Mountain Lake Lodge. The 1927 Lake Lure Inn & Spa, however, just a mile away from the other filming location in Lake Lure, North Carolina, housed the entire cast and crew. The dancers practiced in the inn’s Roosevelt Hall and threw parties akin to those shown in the movie when they weren’t filming. The rooms in which Swayze and Grey stayed are available to rent. Although Yelton says that the boathouse stairs featured in a scene when Grey’s character carries a watermelon (and later, when she dances down them solo) are the only remaining icon from the movie, the overall spirit of the film still thrives. “People naturally gravitate to the concept [of the movie],” Yelton says. It’s why fans visit Lake Lure, why the festival is expecting its largest crowd to date this year, and why the county has adopted the slogan: “Have the Time of Your Life” in Lake Lure and the Blue Ridge Foothills, inspired by Bill Medley and Jennifer Warnes’s hit duet from the film’s sound track. The boys’ camp gym that hosted the talent show at the end of the movie is gone, but the preservation of its dance floor is a testament to the close-knit community of Lake Lure. When the historic Esmeralda Inn, just minutes down the road from the lake, burned in 1997, its then-owners struggled to rebuild. Knowing the boys’ camp was being town down, the inn’s owners called and asked to use the wood from the gymnasium floor. “Of course, the [camp] owners said yes,” says Kim Cason, the inn’s now co-owner. The wood that Swayze and Grey danced on is now the floor of the lobby and chef’s table dining room. Says Cason: “There are always fans coming by saying, ‘I want to see where Patrick danced.’”

photo: Courtesy of the Esmeralda Inn