Whether you bake one or buy one, Amanda Wilbanks transforms the classic Southern sandwich into tasty pastry 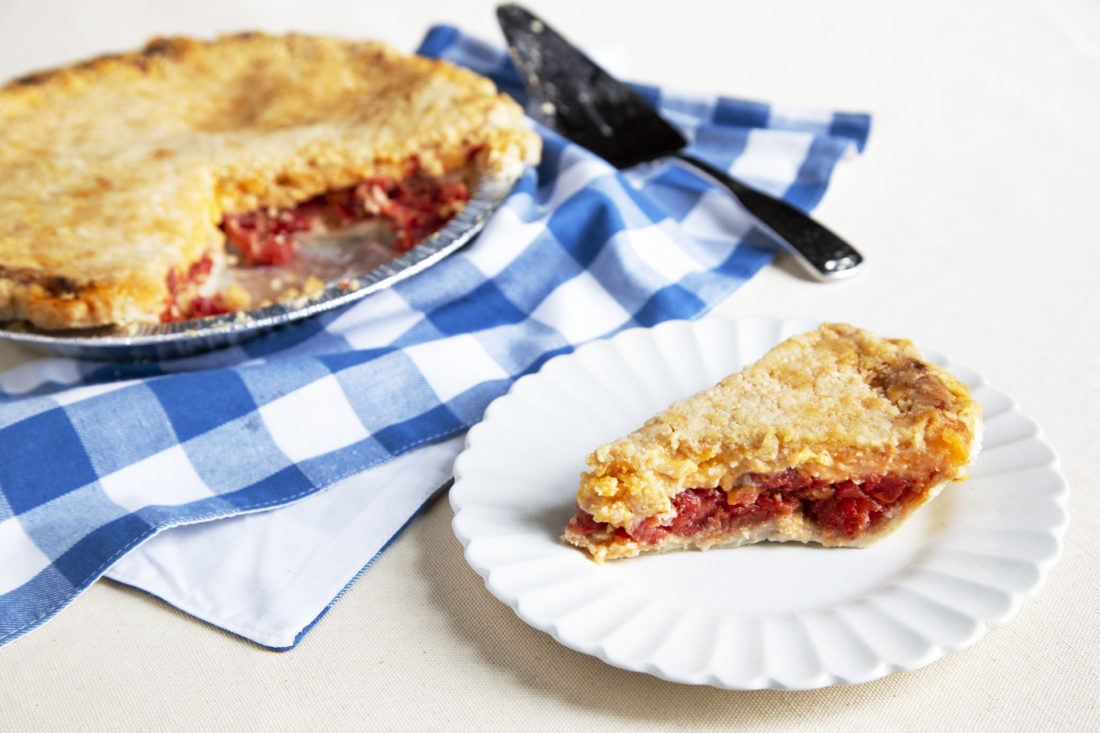 Like many good Southern stories, this one starts with a mother-in-law and a pie—though it doesn’t end the way you might think given that cast.

Shortly after Amanda Wilbanks and her family moved from Habersham to Gainesville, Georgia, her husband Alex’s mother came to visit. During her stay, Wilbanks’ mother-in-law suggested they make Alex’s favorite dessert—buttermilk pie. Though Wilbanks had never baked a pie before, she agreed, and she was hooked. “I just fell in love with baking immediately,” Wilbanks says.

Soon, Wilbanks was baking a new pie each day—for fun, for neighbors. And soon after that, she decided to make a career of it, launching Southern Baked Pie Company in 2012. Within six months, she opened her first shop in Gainesville, and four years later she opened two more—in Buckhead and Alpharetta. She also began a robust mail-order business, shipping freshly baked pies to every corner of the country.

The secret to her success? Butter, sugar, flour, and a dash of the fearlessness she learned during a stint selling insurance after college. “If I get rejected that’s okay, but at least I tried,” Wilbanks says. “That’s basically how I do everything now.”

That mettle can be seen in her recipes. From tacos to beef stroganoff, Wilbanks pushes the limits with her ingredients. “You can put anything in a pie,” she says. “You’d be amazed.” The tomato pie she rotates onto Southern Baked’s menu in late summer is an ode to a Southern favorite: the tomato sandwich. “I thought, ‘Well, I’ve grown up eating them and they’re delicious so why not put one in a pie shell?” she says. “It’s basically a tomato sandwich in a pie.” Except for two things: “I just add corn and basil for an extra touch of sweetness and flavor.”

The recipe, along with seventy-two others ranging from lemon chess pie to pineapple casserole, is one she’s proud to share in her cookbook, Southern Baked: Celebrating Life With Pie, which is available for purchase on August 8. “It’s broken up into twelve different celebrations, one for each month, with each featuring a full meal’s worth of recipes, including appetizers, entrees, sides and desserts,” Wilbanks says. You’ll also learn how to make Wilbanks’s all-butter pie crust along with thirty of her favorite recipes for filling it.

If the thought of corn and basil in tomato pie is a bridge too far, don’t worry—Wilbanks also offers a traditional take on tomato pie, too, made with cheese, onions, and ripe red ones, all layered beneath a crumbly, buttery topping. Order here and the pie can be on your doorstep in days and then onto your sideboard for Sunday brunch. Grilled Tomatoes with a French Kiss A taste of summer