For a brief period, everything that makes a Southern summer so delicious seems to peak at once. Peaches are heavy and sweet. Tomatoes crowd the kitchen counter. Blackberries and cucumbers seem to never stop growing.

It’s almost too much, which is why Emily Nunn started tossing it all into a salad. A Virginia native who had lived in New York City and Chicago, Nunn recently moved to Atlanta after spending the past few years living the solitary writer’s life in a barn in Todd, North Carolina. She finished her memoir, The Comfort Food Diaries, which traced her journey of recovery from heartbreak, alcoholism, and the suicide of her closeted gay brother, and then created what has become one of the most popular paid food newsletters on the Substack platform, The Department of Salad.

Part of Nunn’s inspiration for the newsletter were the salads she began building almost every afternoon from the bounty of a North Carolina summer, a balm during the first year of the pandemic. “They were golden-hour salads,” she says. “Dishes full of everything that still felt good about the beautiful, wounded world we were living in.”

The combinations were inspired. Who would have thought berries, peaches, and tomatoes would go so well with avocado, basil, red onion, and radishes—sweet complementing spicy, and softness contrasting crunch. “I’d never really made salads that felt like they captured summer so aptly without regard for what you do and do not put together in a bowl,” she says. “It was like eating the earth.”

Re-creating the golden-hour salad requires as much intuition as recipe following. If cantaloupe or even muscadines are at their best, invite them to the party. The trick is to treat each component with care. Hand tear fresh mozzarella. Seek out a variety of tomatoes for a nice balance of color and acid. Then, follow Nunn’s salad-building architecture, which begins with a bed of soft herbs and textured lettuces. The idea is to end up with a more casual, inviting cousin to the classic composed salad.

Although you can certainly assemble the ingredients on a large platter and serve the salad family style, Nunn likes to prepare individual servings in wide, shallow bowls. That way, each person gets a combination of all the goodies and can then add as much good olive oil and fresh lemon juice as he or she likes. Have a small dish of flaky sea salt on the table and encourage everyone to be generous with it. And don’t be shy about making a bowl just for yourself on a summer afternoon. Salad, Nunn says, can be healing. “I won’t lie to you,” she told readers in her debut newsletter. “I have been using salad as a drug. And it works.” Item she’d grab if the kitchen were burning down:

“I’d probably stand there so long trying to decide that I’d end up a pile of ashes. But the thing I’d probably be clutching when they found me is my Microplane.”

“Laurie Colwin’s Family Happiness. It made me want to write about food. And I loved Kitchen, by Banana Yoshimoto: food as a balm for grief. And Heidi, with all the cheese.”

One food that says the South:

“For me, as a Virginian, it’s spoon bread, followed by pimento cheese.” 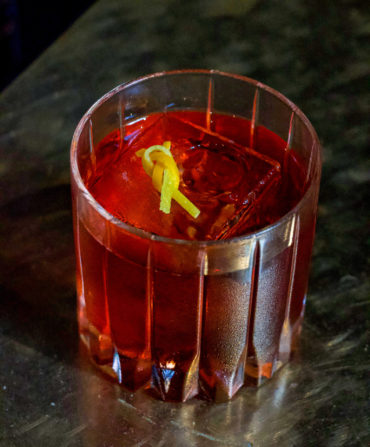