By Stacey Lastoe
Recipe by Aaron Bludorn and Cherif Mbodji 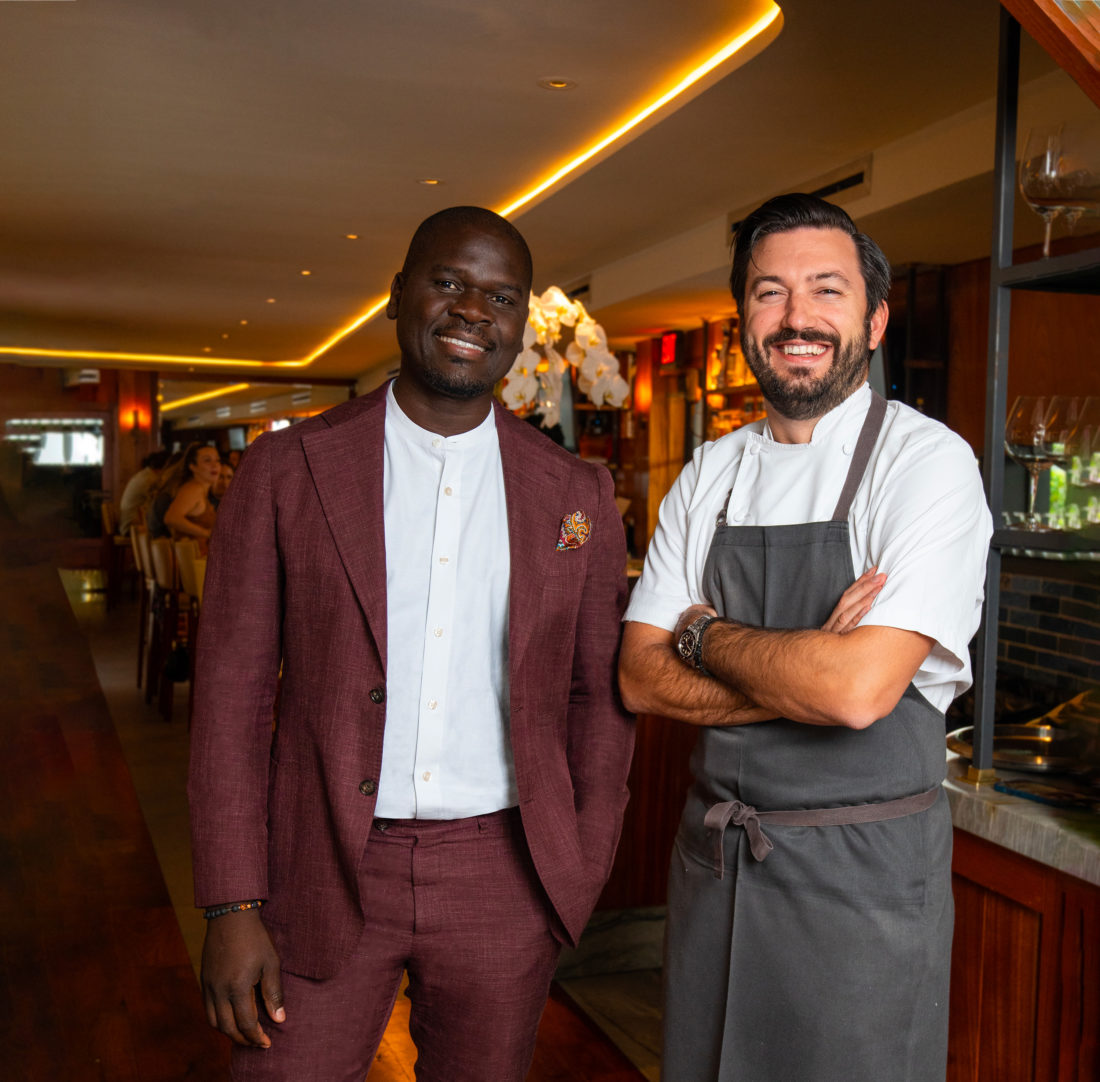 Aaron Bludorn likens dinner service to a performance. The chef-owner of the Houston hotspot Bludorn says there are similarities: “You’re building something, creating something, and then all of sudden, boom, it’s there. And you’ve created something that someone else is going to enjoy. Your whole day leads up to it.”

The Pacific Northwest native (he grew up on Bainbridge Island off the coast of Seattle) admits Anthony Bourdain’s breakthrough bestseller Kitchen Confidential, published in 2000, was an early influence. “I took the bait and went to the CIA [Culinary Institute of America],” he says.

After paying his dues as a dishwasher, much as Bourdain did, at a small restaurant on Bainbridge Island, Bludorn soon assumed the cook’s position and a few years later found himself with the heady responsibility of running a restaurant in Northern California when he was just nineteen.

Bludorn continued living and thriving in the fast-paced restaurant life in Seattle and Sonoma before heeding the advice of Douglas Keene, under whom he worked at Cyrus Restaurant, and took his talent to New York City. It was at Café Boulud where Bludorn, as executive chef, connected with Cherif Mbodji, who is originally from Senegal and who’d just been named Café Boulud’s general manager. It was the beginning of a fruitful relationship that eventually led to Mbodji’s relocating to Houston to partner with Bludorn. The restaurant Bludorn opened in 2020.

Working with Mbodji in this capacity was a no-brainer as far as Bludorn was concerned, but he maintains, “It was the most terrifying thing to ask him to move his family down here and open a restaurant.”

Anyone who’s ever dined at Bludorn, quite possibly the buzziest spot in Houston’s Fourth Ward, is no doubt glad he did. The French-influenced, largely seasonal dishes coming out of the open kitchen—an heirloom tomato salad with pimenton aioli and sunflower seed pesto; duck with apricot, saffron, and Carolina gold rice—are, of course, the main draw, but it is the friendly efficiency of the knowledgeable staff led by Mbodji, whose capacity to make everyone he meets feel immediately at ease, and the harmonious performance of the two business partners that make a meal at Bludorn indelible.

Although Bludorn is the man behind the menu, he’s quick to give credit where it’s due and—in the case of the crab rice, which will soon enjoy a standing role on the regular dinner menu—notes Mbodji’s contribution. The dish is special, Bludorn explains, because of the way it incorporates the cuisines of Vietnam, the Gulf Coast, France, and Senegal.  “The rice is cooked using lobster stock as well as seasonings found in the tomato Jollof rice, which I learned from Cherif and his family,” Bludorn says. “We have this strong bond.” He pauses, “I guess a lot of it started around food, and that’s how we understand each other and how we work together today.” He shares the recipe, a true collaboration between friends, below.