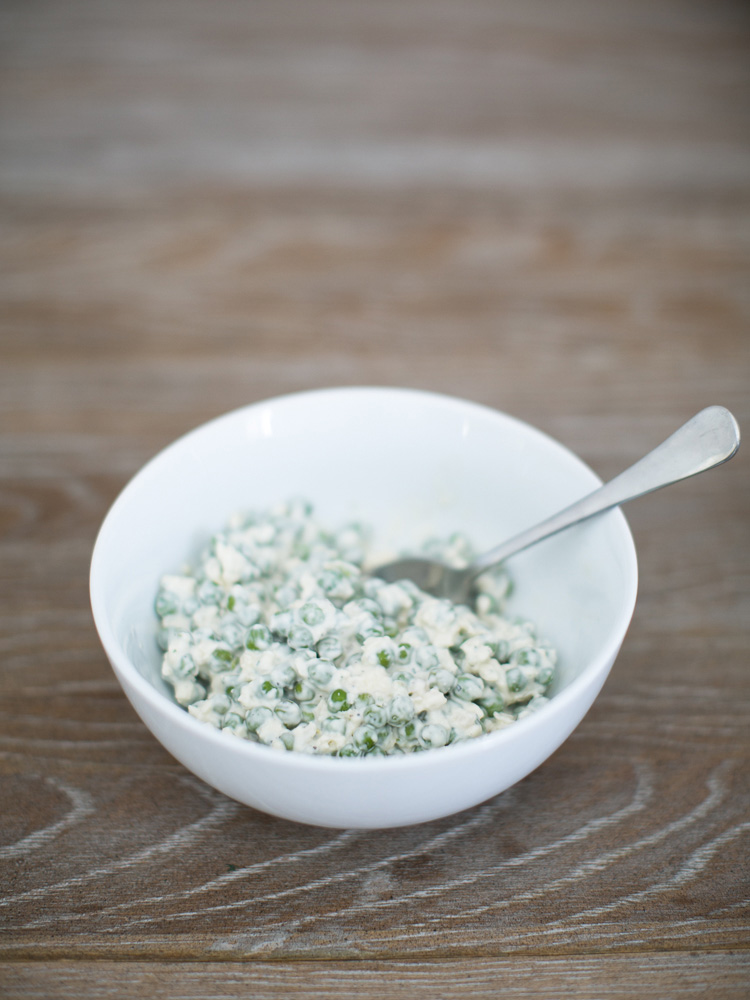 Travis Milton can’t remember her name, but he remembers the crunch of the pea salad she used to bring to church picnics in Castlewood. Most cooks in his southwestern Virginia hometown added bacon to the ever-present side dish, but she preferred water chestnuts. Years later, when he developed his own recipe for pea salad, he followed her lead. But he also added a splash of rendered bacon fat, among other ingredients inspired by family gatherings past.

“I mostly ate pea salad after church, but it was always available at my great-granddad’s restaurant,” says the chef, of the now-closed restaurant Comfort, in Richmond, Virginia. “It was always around, and every recipe was different. I tried to take my favorite parts from each one.”

Milton pairs his pea salad with fried foods, mostly. The creamy dressing and the natural sweetness of the peas balance crisp, salt-and-peppered frog legs nicely. Especially after the salad spends a night in the refrigerator. “The first day, you taste each ingredient,” Milton says. “On the second, it’s this amalgamation of smoky, sweet, tangy, and sharp.”