Harper Lee: Meeting a Legend on a Spring Afternoon

Writers, I hear, get to be famous in a quiet kind of way. I have yet to see one depicted on a T-shirt. Their posters appear mostly in libraries, bookstores, and orderly literary festivals, printed with good grammar and dignified fonts. People will applaud them, with polite enthusiasm, and might even line up to see them, for a signature or a handshake, but rarely do they push, hoot, or jostle, even for the most famous of them. Nelle Harper Lee was too private, much of her life, even for such as that, and this was part of her great mystery. 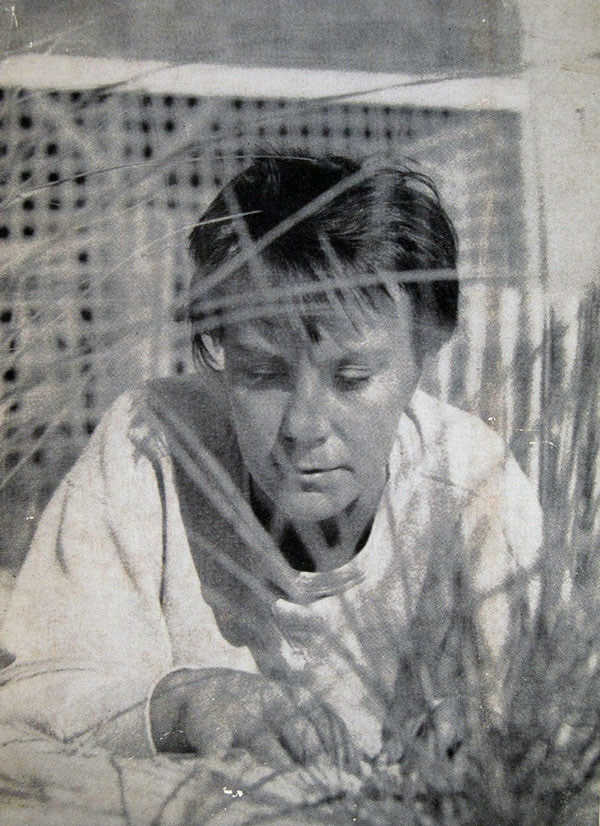 Lee, as pictured on the back cover of To Kill a Mockingbird in 1960.

I knew a young writer who wanted to meet her. To him, as with so many of us who call ourselves writers, she stood at the zenith of what we wanted to be, for she had written a book that mattered, that had, even in some small way, changed the world. The young writer just wanted to step onto her porch in Monroeville, and, in a perfect world, see the lady herself open the door and say . . . well, anything, “Hello,” or “May I help you?” or even “Get off my damn porch.” I cannot recall exactly what happened, but I believe he did seek her out, and she was polite to him, as I recall.

Me, I was too proud. I waited till I was almost an old man myself, to go see her. And when I did, I spoke just a few moments about nothing at all and then left too soon, because I was too polite. I left with questions unasked and the great mysteries unsolved. I doubt if she would have told me any of them anyway, if I had been of a pushy mind. But she was kind, and complimentary, and told an Auburn joke, and though it was already clear that macular degeneration and a profound deafness had begun to imprison her, her legendary wit was still there, and that was a fine gift on a spring afternoon, in a small, hot room in a quiet retirement home in Monroeville, Alabama.

It is widely known that people who knew her called her Nelle.

I think I never called her anything but ma’am, and mumbled that. And then, not long after, in February of 2016, she was gone.

But this, in remembering your idols, may not be the worst it could be.

Published in 1960, To Kill a Mockingbird was a kind of gospel, north and south, appealing, through the beauty of story, for us to be better than we were, to live up to our finer natures, and not our baser ones, to rise inside our own consciences and not wallow in the mob. I have written that it was not a cure. The meanness depicted in its story endures and, in the modern day, still often triumphs. Yet the hope in it lingers on, and on.

One of the few who did know her, who shared his thoughts with her in writing, was the respected professor, historian, and author Wayne Flynt, who, with his wife, Dartie, corresponded with her across decades, beginning in 1993. In that fine meantime, they wrote of the world as they saw it, of catfish, Mobile eye doctors, Hebrews 13:8, hateful infirmity, C. S. Lewis, Zora Neale Hurston, whether or not Baptists will tell a lie, and if someone told Truman Capote that Kennedy had been shot, he would have claimed to have been driving the car. She asked, in writing, if he would preach her funeral.

He did know her.

“Two things I talked to her about,” Dr. Flynt said, “I could never tell while she was alive.”

One would seem easy, yet has been debated by scholars for decades: What was Mockingbird’s theme?

To her, it was simple. It was not just about race, though that will always be the part we most cut ourselves upon, but about all kinds of justice, and fairness, and a sorting out of what it means to get into someone’s skin and walk around in it. You never gain any understanding, in a pluralistic society, until you do. She expected smart people, like Flynt, to know this.

In a time “when we needed it as an insight to race, she told it to us in a way that seared our conscience,” said Flynt, who is also an ordained Baptist minister.

The other one, of why she did not more quickly follow with another book, is still not perfectly clear, even after years of friendship. He believes it is not one answer but many, including the fact that she was never sure she could write a book of such quality.

“Then she looked at me with those sparkling, inquisitive eyes,” he said, and told him, more or less, she didn’t have to. Then, only at the end of her life, came the sequel, written not after Mockingbird, but before.

Flynt put his and his wife’s correspondence with Harper Lee into a lovely book called Mockingbird Songs, to, finally, “let her voice become part of the conversation,” he said.

The best thing about that long friendship was its depth, and that was also its pain. It broke his heart as her deafness and blindness closed in, and confusion followed, to the point she could not always recognize the people she knew that she should know. It is the price you pay, for the joy of it.

Most of us have only what Harper Lee gave us, which was 376 pages, in paperback.

My niece, Meredith, read the book for the first time recently. When I asked what she would remember, she said “the knothole,” where Boo Radley left the treasures for the children to find, before it was filled in with cement, to try to kill a friendship that could not be so easily killed.

Everyone has something that stays inside them, from this book. I hear that when Tennyson died, they rang the bells in London all day, longer. Every time I hear a bell, I think of Tennyson.

Every time I hear a mockingbird, I wish I had stayed longer in that hot little room. A Letter from Harper Lee

Fifty years after the publication of To Kill a Mockingbird, the author isn’t as reclusive as you think A Busy Day in Monroeville

How the Alabama town is celebrating Go Set a Watchman The Mockingbird Next Door

A look over the fence at the reclusive Harper Lee