What Netflix Gets Right (and Wrong) about Pappygate

The deeper lessons from the notorious Kentucky bourbon heist 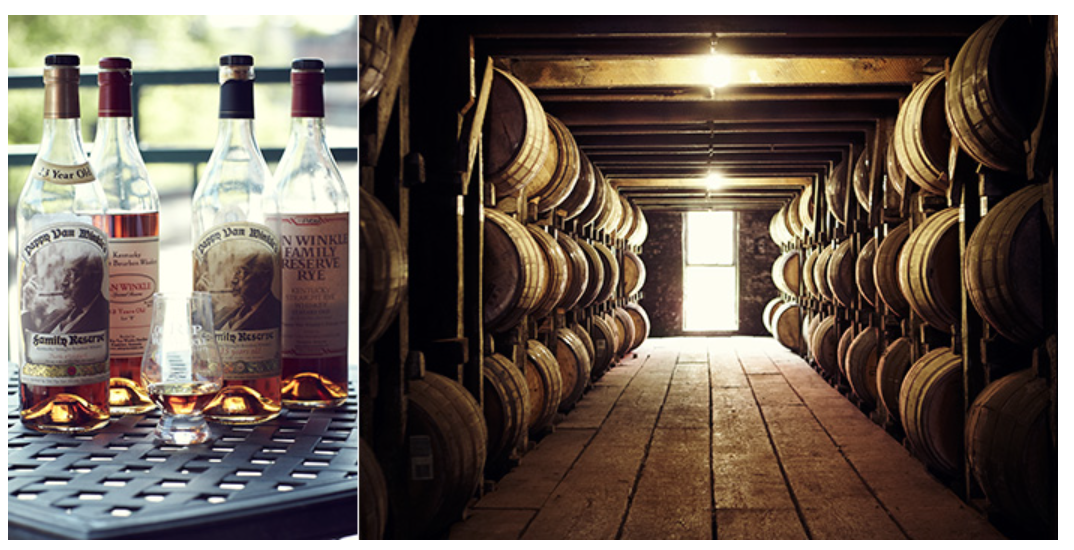 Long, difficult supply lines have created easy prey for all sorts of Southern mischief, from Sir Francis Drake adroitly relieving countless Spanish galleons of their silver and gold in the late sixteenth century to Jean Lafitte and his brother Pierre filling their ships and warehouses with pirated goods in eighteenth-century New Orleans. Fast forward to 1988: The Buffalo Trace distillery hired the sturdy Kentuckian and inveterate softball player Gilbert “Toby” Curtsinger as a warehouseman. It wasn’t exactly Queen Elizabeth I’s 1585 commission of Drake to sack Spanish Florida, but all legends, even local ones, begin with baby steps.

Bourbon whiskey requires its own delicate, slo-mo supply chain, beginning with the mix of minerals in the fine, hard Kentucky branch water and on to the mash bill and the wood of the barrels in which the beautiful drink is aged. Necessarily, the process leaves a lot of delicious firewater lying around in the barns for a very long time. So goes the Flannery O’Connor–esque temptation of Curtsinger and others like him, faced every workday with thousands upon thousands of gallons of the noble distillate.

Curtsinger worked for Buffalo Trace for the following twenty-six years, in other words, long enough as a savvy ol’ Kentucky boy and industry insider to track the stratospheric upsurge in premium bourbon’s global popularity closely. Along with that, he could clock the eye-watering prices that certain whiskeys he was handling had begun to rope in. He began to pilfer and to resell.

As our more agile thieves can do, it didn’t take long for Curtsinger to fashion a formidable underground reputation as a Frankfort fixer. As Curtsinger himself puts it in the two Netflix documentary episodes about him, “The Bourbon King,” an anchor of the popular Heist series, “I was the kind of guy that you knew that could get you stuff.”

He became that. Like bears to honey, some fellow players on his softball team were drawn to the caper, and there slowly grew what we might call an organization to the enterprise. Adhering to the rule that a dealer is no dealer without custom, it’s important to remember that Curtsinger’s structure, such as it was, was naturally fed by many witting customers, some of whom were well-enough placed in Frankfort society to know that a bottle of Pappy Van Winkle for a slick hundred or two off was a darn good deal. Patronage there was aplenty.

By the time Franklin County sheriff Pat Melton got the anonymous tip that led him to the Curtsinger abode armed with a search warrant, the operation had grown to the point that Curtsinger had two barrels—repeat: barrels, no easy feat—of ill-gotten whiskey in a shed out back, which, he points out, was not actually on his property, and, significantly, they did not contain Pappy. Rather, as the sheriff’s analysis determined, the barrels were filled with Wild Turkey, the distillery for which had not reported missing or stolen whiskey. Curtsinger had thoughtfully sanded down and painted over the barrels’ marks to avoid identification. No matter. Ten people were charged in the ring, only one of whom, Curtsinger, was tried, convicted, and sentenced to fifteen years.

Shortly after he was incarcerated, the prisoner received grace from a deus ex machina in the form of Kentucky’s “shock probation” program and was paroled after a mere thirty days in the slammer. Since 2018, Curtsinger has been working on the straight and narrow as a commercial painter in Frankfort trying, admirably, to rebuild his life.

Enter Netflix. Executive produced by the British director Nick Frew, “The Bourbon King” isn’t a strictly journalistic documentary visit to the criminal underbelly of America’s whiskey heartland, although it does, also, try to accomplish some of that. The film includes significant “recreations”—which is to say, scenes of actors running hither and yon in order to dramatize the actual boost of liquor by Curtsinger and cohort.

Predictably, this is where things bog down. It’s Netflix, which as a studio is a behemoth, so, unfortunately, no expense is spared. There’s a fourteen-person cast for the recreations, including actors playing Curtsinger; his wife, Julie; a few sidemen; a “Bourbon expert” and even a Buffalo Trace inventory worker. Though they dutifully serve the narrative, the reconstructed scenes are not strong, a result of the heavy erosion of reality caused by the recreations themselves—chock full of actors, with obviously scripted lines—being wedged and sledgehammered into documentary architecture.

Ironically, and also predictably, the long sit-down with the real Curtsinger offers a far more riveting, dramatic retelling of the crime than any reenactment ever could. This is the man with the motive, he did the deeds, and he explains it in direct, human terms. Neither the filmmakers nor Netflix needed the extra forty-odd people—makeup, costume, expert consultants, eight producers, fourteen actors—crowding out the story while trying to “portray” it.

The narrative of the crime is also more nuanced and complex—bigger, stranger, more difficult to swallow—than the filmmakers lead us to believe. The initial police complaint from Buffalo Trace claimed some dozens of bottles of Pappy were discovered missing—at retail, approximately $25,000 worth, and on the black market, more like $100,000 worth, of the super-premium firewater. This is how the affair got the wholly apt, sly local nickname “Pappygate.”

The point is that Curtsinger was not caught with those bottles. They were never found. Presumably, the customers who did manage to get their hands on them drank and enjoyed every drop. Bottom line, some mighty fine whiskey went missing. Nobody truly knows who helped it disappear.

Who did, at one time, seem to have held at least some of those bottles for a period was Greg Antrim, a Curtsinger “friend” who confessed to being a fence in return for prosecutorial immunity. Antrim’s evidence then helped convict Curtsinger, a detail that’s folded in toward the end of the series. After the episodes premiered, the chief investigator, Sheriff Melton, explained that the thefts “were all lumped together” by the filmmakers. “It wasn’t one theft, but over a period of time before they were discovered missing,” he said, meaning the bottles of Pappy. Then he ominously added, “They had a bunch of people stealing it.”

Exactly. The nominal “Bourbon King” was no monarch. In a broad population of thieves and their avid customers, Toby Curtsinger simply made a good target. He’s notable because he took the fall. Even though he was caught with presumably stolen whiskey (and some steroids he was dealing on the side), that whiskey was not missed or claimed by its distillery to have been lost. None of that erases his crimes or the fallout from them, or his alleged involvement in the thefts of Pappy going back, but it does deepen the picture of the environment in which he operated. Embracing that, Curtsinger and his wife held a viewing party for the Netflix premiere.

The Curtsinger tale is epic in that it’s the story of a human fault in a man, but it rises to Aristotelean status because it’s also the story of a willing community. Bluntly, in the nation’s capital of bourbon, in the very houses of bourbon, there existed a large community of thieves and outside that, an even larger community of “upstanding” citizenry eager for the goods. Folks still want to drink fine hooch, correct?  That raises the question of whether “solving” the jolly Pappygate crimes actually solved the problem. Statistically, the answer to that prickly question is no: Depending on the sector, up to 80 percent of all commercial theft and/or fraud is authored by insiders. The Department of Commerce estimates the overall cost of insider theft at $50 billion a year and rising. The Kentucky distilleries have been understandably sparse in commenting on the matter.

Be that battle as it may, the Curtsinger tale hands us all a very useful mirror. As true and lovely and forthright as we like to imagine all the South’s communities to be, the grittier, more realistic take comes from George and Ira Gershwin circa 1933: It ain’t necessarily so.