You can’t beat a Southerner when it comes to ingenuity, especially in the kitchen. Here, five chefs and culinary authorities from around the South share the surprising staples—from cane syrup to Bloody Mary mix to leftover rice to buttermilk to saltines—that they turn to time and again to make dishes that really sing. 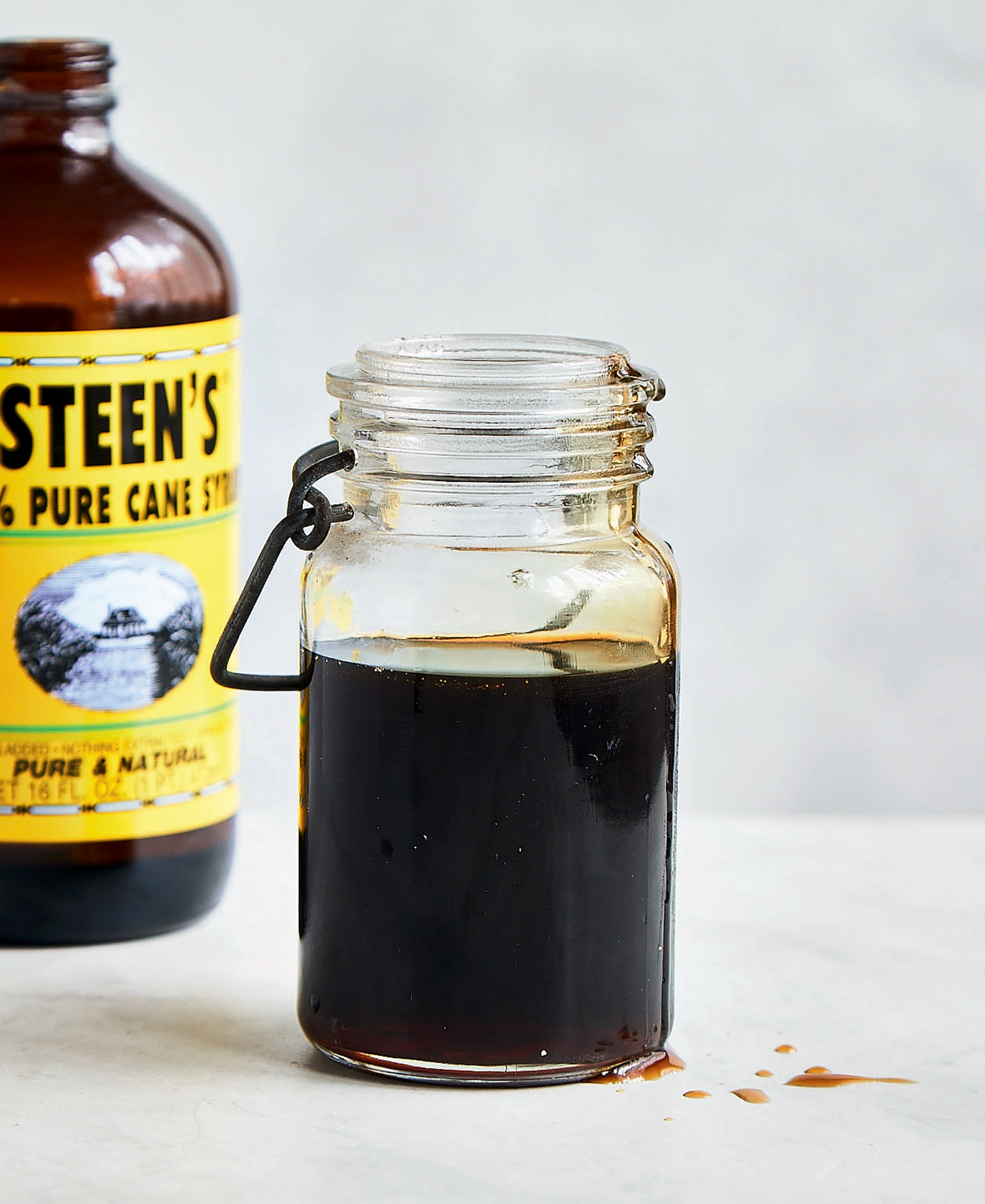 If you’re going to talk about an ingredient with Isaac Toups, chef-owner of Toups’ Meatery and Toups South in New Orleans and co-author of the new cookbook Chasing the Gator, it helps if it has Louisiana roots as deep as his own. Toups grew up in Rayne and his family history goes back three centuries in the state, so it’s probably only natural that one of his favorite ingredients is Steen’s cane syrup. Made since 1910 in nearby Abbeville by one of the few family-owned cane-syrup operations left in the country, Steen’s has a deep, dark flavor that’s almost smoky-sweet. “When I grew up, my mother put it on pancakes or waffles,” Toups says. Leave it to a chef to elevate a simple ingredient to a higher plane, though. The syrup is the key ingredient in a gastrique, a fancy name for a reduced sauce that contains a little vinegar, that Toups  pairs with pork chops. To make it, he combines cane syrup with another Steen’s product, cane vinegar, although if you can’t find that, substitute cider vinegar. “Anytime something calls for maple syrup or honey, I put a little Steen’s syrup in there,” Toups says. “I even put it in my iced coffee. I don’t know how much more Cajun you can get.” Pecan Pie: Toups’s book includes a recipe for cane syrup hand pies, with a filling that’s similar to pecan pie filling. “Have I put it in a pecan pie? No. Would I? Yeah.”

Turkey brine: If you want a beautifully caramelized turkey, add cane syrup instead of sugar to the brine. Maneet Chauhan took a very long route to Music City. Born in Punjab, she immigrated to the United States at age twenty to pursue a degree at the Culinary Institute of America. After that, she found critical acclaim as the chef of Vermillion, first in Chicago and then in New York City, before heading south to Nashville to open Chauhan Ale & Masala House in 2014. It’s one of three restaurants Chauhan has since launched in the Gulch, which is a thirty- to forty-minute drive from her home in Franklin, where she and her husband, Vivek Deora, are raising two children. “And that’s on a good day,” Chauhan says of the commute. “That’s one reason I’ve really come to appreciate a slow cooker.” When time is tight, the set-it-and-forget-it appliance helps get dinner on the table, like this three-bean chili perfumed with ginger, cumin, and paprika. The recipe also features another of Chauhan’s favorite discoveries: Bloody Mary mix. “I think it was osmosis,” she says. “Bloody Marys are one of Vivek’s favorite drinks.” That the ingredient is a time-saver only adds to the appeal. “The flavor of the mix—celery, onion, garlic, and jalapeño, for the kick—is perfect for a spicy chili.” GET THE RECIPE: BLOODY MARY CHILI

Chicken Tikka Masala: Bloody Mary mix is a natural for this Indian classic. “Mix it with a little cream or yogurt for the base before cooking the chicken,” Chauhan says.

Fried Chicken: Instead of soaking chicken in buttermilk before flouring and frying, Chauhan uses Bloody Mary mix for a tasty twist.

Rice: Sauté rice in oil and then add Bloody Mary mix instead of water or broth as the cooking liquid. “The best dishes in the world are leftovers,” says Todd Richards, the chef-owner of Richards’ Southern Fried in Atlanta and author of Soul: A Chef’s Culinary Evolution in 150 Recipes, published earlier this year. “The flavors meld and come together, or the food can completely evolve into something else.” Before Richards became a respected chef with two James Beard Award nominations, he was a boy growing up in Chicago, where his parents would pull out whatever was in the refrigerator to mix and match with whatever else they were having for dinner, a lesson that fed Richards’s inventiveness. His recipe for fried rice with collard greens blends Japanese technique with classic Southern ingredients and the frugality Richards learned from his father. “We never threw anything away,” he says. The secret ingredient is cooked rice. “You always have leftover rice,” he says. And fried rice is one of the best ways to use a surplus of it. The cooked rice needs to be dry and stored for a day in the refrigerator, allowing the starches to firm up, so the grains don’t turn to mush when recooked. “If it’s still lukewarm, it doesn’t caramelize,” Richards says. “It gets too sticky and absorbs too much liquid.” GET THE RECIPE: GINGER AND COLLARD GREEN FRIED RICE

Breakfast Rice: Richards’s mother served leftover rice with honey, butter, and a little salt in the morning. “We never did oatmeal or things like that,” he says.

Rice Cakes: Mix cooked rice with an egg, grated cheese, and diced onion, then chill for 30 minutes before forming into patties and frying. For one of the first cookbooks in the University of North Carolina Press’s Savor the South series, each of which focuses on a single ingredient, author Debbie Moose was happy to take on buttermilk, an ingredient she grew up with in Winston-Salem. “My mother wasn’t much of a cook,” Moose says, “but every time she made cornbread, even from a mix, she used buttermilk. I even remember what kind: Sealtest. In the evening, my father would crumble the leftover cornbread into a glass and pour buttermilk over it until it became like a pudding.” Moose’s research for the book ended up giving her even more respect for buttermilk’s place in home cooking and for the science of what it does to food, particularly the way its acidity helps to tenderize and add tangy flavor to dishes both savory and sweet. Her variation on buttermilk pie might be one of the most Southern dessert pairings ever: She steeps tea leaves in buttermilk before making the pie. Though she has moved on to other books, most recently Carolina Catch, which celebrates Tar Heel State seafood, buttermilk will always have a special place in her kitchen.  “To me,” Moose says, “it’s such a part of Southern cooking.” Fried chicken: Soaking chicken in buttermilk before you flour and fry it will not only add flavor, the acidity in the buttermilk also tenderizes the chicken.

Poached Fish: It reduces the fishy flavor in strong fish, such as wild-caught catfish. “Buttermilk will even out the flavor and add a little richness,” Moose says.

Whipped Cream: To top a dessert, whip 1/3 cup buttermilk and 2/3 cup heavy cream. “It can balance the sweetness of supersweet pie,” Moose says. Georgia-born and French-trained, Virginia Willis has built a career out of turning Southern ingredients on their heads with the techniques of fine cuisine in books such as her James Beard Award–winning Lighten Up, Y’all and her most recent, Secrets of the Southern Table. She has also directed TV kitchens for the likes of Martha Stewart and Nathalie Dupree. But that doesn’t mean she’s all about crème fraîche on truffle biscuits; her recipes are firmly grounded in the kind of home cooking she grew up with. So perhaps it’s fitting that saltines, not buttery Ritz crackers—“the ones that have topped a thousand ‘cream of’ casseroles”—rank among her favorite ingredients. Plain, they are anytime nibbles. Dressed up, they’re the foundation of a classic Christmas candy— saltine cracker toffee, a recipe Willis can’t resist “cheffing up.” She spices the toffee with cayenne, adds black pepper to the dark chocolate, then tops it all off with dried cherries and pecans. And there’s one more secret: “Placing the saltines salt down might seem a bit OCD,” Willis says, “but it allows for the brightness of the salt to hit the tongue first, which is then followed by sour, bitter, sweet, and savory.” Buttered and Baked: Brush saltines with clarified butter and bake until they’re a deeper brown.

Piecrust: Inspired by chef Bill Smith, of Crook’s Corner in Chapel Hill, North Carolina, Willis adapts a saltine crust for a lemon tart. Mix 1½ sleeves of crushed crackers with ½ cup melted butter and 3 tablespoons of sugar, press it into a pie plate, and bake for 15 minutes before filling.