How to Make Peking Duck 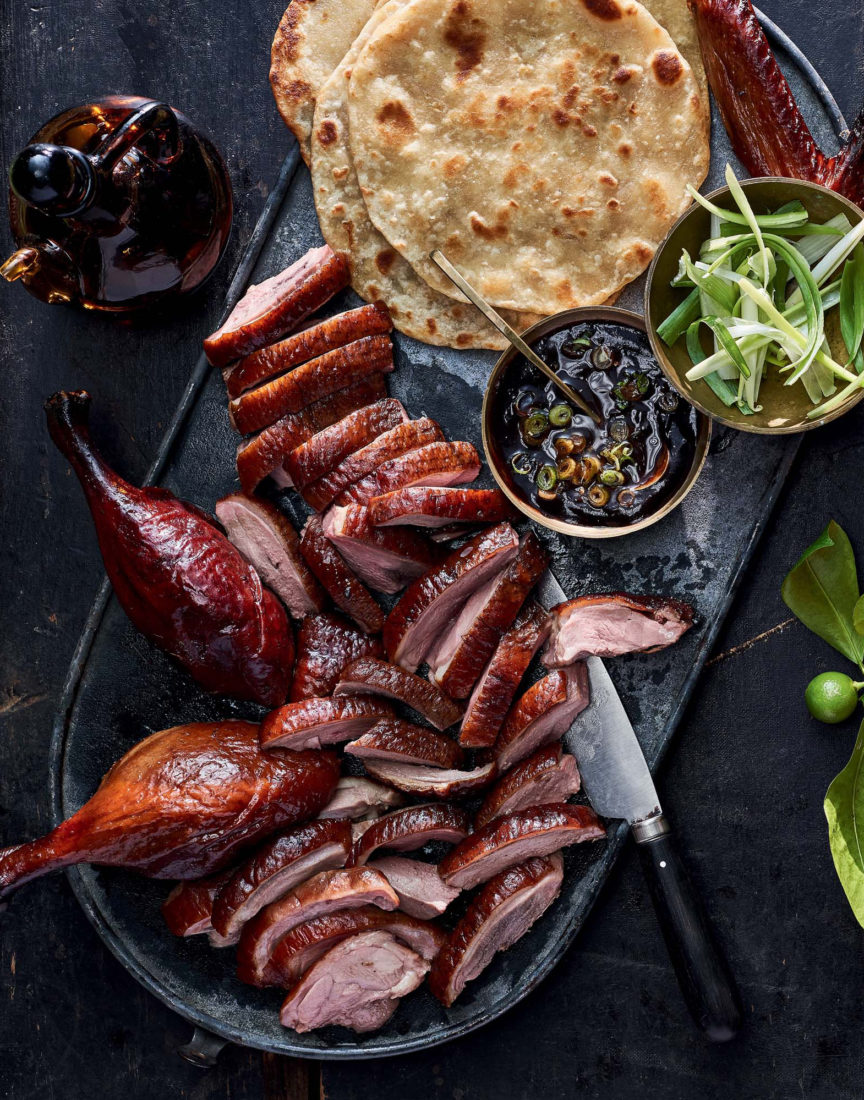 When he’s not manning the pass at Kybecca, a New American bistro in Fredericksburg, Virginia, chef Wade Truong can most likely be found fishing on the Eastern Shore or waterfowling in the Northern Neck. The son of Vietnamese immigrants, Truong didn’t grow up hunting; it’s a skill he acquired as an adult—and he wants others to do the same. “It’s become a really important part of my life,” he says, “and I’m working to get more people involved—they need to be able to see themselves in it.”

Of all the sporting pursuits he’s tried, duck hunting has become his favorite. “You have so much sweat equity invested just getting to the location,” he says. “Then, you’re calling to the birds, you’re tricking them. And it’s not like this thing slowly wanders in—it flies in at twenty-five miles per hour. The variables change every minute and every day, so there’s no formula. You’re always tinkering with it, kind of like a recipe.”

Truong’s Peking duck is a recipe he’s spent years fine-tuning. He uses mallard, gadwalls, canvasbacks, even geese, especially if he’s feeding a crowd. (“Goose is more finicky because the leg meat doesn’t cook up quite as tender,” he says.) But the recipe will work just fine on bigger, fattier store-bought ducks, too. Skin so crisp it cracks into shards is the hallmark of the traditional Chinese dish, and Truong achieves it by pumping air between the bird’s flesh and its skin with an air compressor or a bicycle pump. “You need some airflow under the skin so it can dry out on both sides—that’s what gives you all the crunch,” he says. (You can also carefully run a finger beneath the skin to separate it from the flesh, though the result might not be quite as authentic.)

One technique you shouldn’t skimp on is brushing the bird with maltose syrup, an ingredient worth seeking out from a specialty grocer or an Asian market. “It’s essentially a really thick corn-syrup-like substance, but not nearly as sweet,” Truong explains. “It helps give the skin that crispy golden amber hue.”