…and getting sweaty about it I can’t claim to be as functional in funk as Aretha Franklin, who once stopped in the midst of singing at the Apollo Theater; said, “I feel air”; and walked off the stage. She was convinced that the faux breeze known as air-conditioning was bad for her pipes, and would have none of it.

Nor am I as summer hardy as William Faulkner, who refused to allow AC in his house in Oxford, Mississippi. The narrator of his novel The Reivers gripes: “There are no seasons at all any more, with interiors artificially contrived at sixty degrees in summer and ninety degrees in winter, so that moss-backed recidivists like me must go outside in summer to escape cold and in winter to escape heat.” (The day after Faulkner’s funeral, his wife had a window unit installed. Now that nobody lives there, the house has central air, for people who come on tours to get a feel for the man.)

But I did grow up in the mostly un-air-conditioned South, and I do value sweat. Faulkner’s extraordinarily slippery novel As I Lay Dying shimmers with tension between people who sweat and those who don’t. Anse, the shiftless patriarch, “tells people that if he ever sweats, he will die,” says one of his sons. “I suppose he believes it.” Anse also believes that “nowhere in this sinful world can a honest, hardworking man profit. It takes them that runs the stores in the towns, doing no sweating, living off of them that sweats.”

You can in fact die, of heatstroke, from sweating too much without replenishing your salt and your water, and of course Anse is right about physically sweaty work’s being undercompensated. Except these days in professional sports. Basketballers, for instance, get sopping even in air-conditioned arenas. Rajon Rondo, then of the New Orleans Pelicans, once surreptitiously wiped sweat all over the ball before an opponent shot a free throw. The opponent, Draymond Green (whose first name, I keep thinking, evolved from his mother calling, “Raymonddd! Raymonddd!”), didn’t even notice.

Shakespeare was unscientific when he wrote, “Falstaff sweats to death, / And lards the lean earth as he walks along.” Sweat is not melted fat. It is mostly water and salt. Fat has to be converted into carbon dioxide before it leaves us—most weight loss is in fact breathed out into the thin air. This does not contribute to global warming. Air-conditioning does.

People say, “sweating like a pig.” But pigs have limited sweat glands. Pigs’ signature way of keeping cool is wallowing in wet stuff. Horses sweat. Dogs hassle. No one knows what cats do.

Not all genuine sweat is literal. Louisiana artist Clementine Hunter declared, from personal knowledge, “Painting is a lot harder than pickin’ cotton. Cotton’s right there for you to pull off the stalk, but to paint, you got to sweat your mind.”

A great sweat writer was Tennessee Williams. In A Streetcar Named Desire, you have your happily sweaty, not to say bestial, guys in undershirts, like Stanley, and then you have insecure Mitch, in a sport coat: “I am ashamed of the way I perspire. My shirt is sticking to me.” And then you have poor on-the-brink Blanche, who reassures Mitch: “Perspiration is healthy. If people didn’t perspire they would die in five minutes.” To “stay fresh,” she bathes and powders herself.

Scout, the narrator of To Kill a Mockingbird, recalls the days when “ladies bathed before noon, after their three o’clock naps, and by nightfall were like soft teacakes with frostings of sweat and sweet talcum.” Of course, there’s the old saw “Ladies don’t perspire, they glow.” But ladies are brisker today. In New Orleans I saw a coffee cup for sale that said, “I don’t sweat, I sparkle.” (Another one said, “Children are fine, but have you tried donuts?”)

Not sweating, when other people are, is a way of coolly getting over on them. Aretha’s song “What You See Is What You Sweat” is a put-down of a man who sweated her expensive stuff, like the Mercedes she would let him drive—he was sweating to own it. She was not sweating to keep him around. A New Orleans man told me about spending the night at his grandmother’s house, which had never been air-conditioned. He and his siblings would be “in just our underpants, lying on top of the covers, sweating our little butts off. Grandma would say, ‘Y’all are hot?’ We would say, ‘Missing the air-conditioning.’ She’d just smile and say, ‘You can’t miss what you never had.’” Grandmas keep their powder dry. 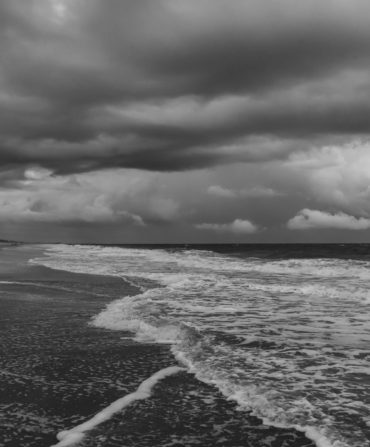