​​Nina Compton is an unabashed superfan of barbecue shrimp, that stalwart of New Orleans menus that drenches good Gulf shrimp in a hot bath of butter, lemon, and Worcestershire sauce heavy with garlic and black pepper. (She’s a particular fan of the version at Emeril’s. “They serve it with those little rosemary biscuits. It’s so good!”)

In her kitchen at Compère Lapin, her New Orleans restaurant that shot her to national fame, she likes to take Gulf shrimp on an equally saucy journey, one that reflects her Caribbean roots, in a preparation called Rundown.

Although versions are made throughout the Caribbean islands and in many other countries with a Caribbean coastline, the original began in Jamaica, where salted mackerel or other fish is simmered in spices, tomato, and coconut milk until the sauce is almost as thick as custard and the fish falls apart or, in some interpretations, is “run down.” Older Jamaicans might call it Dip and Fall Back, because diners dip in something starchy like a dumpling or a boiled green banana and then tip their heads back to make sure the bite goes in without drips.

Compton, who was raised in St. Lucia, takes the base of the Jamaican recipe but swaps shrimp for mackerel and adds in aromatics like ginger and lemongrass. The result is a sauce that is at once creamy and spicy, with a subtle brightness that elevates the shrimp and whatever starch you might want to scoop it up with. Dumplings or boiled root vegetables are traditional, but she likes to eat it with a flaky flatbread like roti or, as she does at her restaurant, tossed with spaghetti.

“It’s kind of like a sauce américaine but using Caribbean flavors,” she says. “It’s a fun sauce, and I just love the playful name.”

Start with a couple of pounds of unpeeled fresh Gulf shrimp. Headless work fine, but if you can find some with the heads still on, the sauce will be that much shrimpier. A slow, low simmer is key once everything is in the pot. The sauce should be thick but still liquid enough to coat pasta.

Other seafood can get the Rundown treatment, too. Snapper, salmon, or even chunks of lump crab or lobster would work as well (add a little fish stock to the coconut milk in place of the shrimp shells). But as in New Orleans, the fish or shellfish should be absolutely fresh. “The sense of appreciation for seafood here is huge, so you really want to showcase that,” Compton says.

She sees her version of Rundown as a perfect bridge between the Creole cooking of her two homes. The coconut milk, habanero, and ginger are time-honored Caribbean flavors, while using Gulf shrimp and tossing the sauce with spaghetti give it a New Orleans Creole vibe. Both traditions are packed with flavor, she says, but in different ways. “This gives you the best of each.” Kitchen item she would grab if the house were on fire:

“Breadboards made out of reclaimed wood that is over a hundred years old from the original building Compère Lapin is in.”

Favorite music to listen to when she cooks:

“A range of Steel Pulse to Blood Orange to the Rolling Stones to De La Soul.”

What she looks for when hiring a cook:

“A positive attitude and someone who can roll with any curveballs that happen, because they do happen.”

One thing home cooks can do to be better in the kitchen:

“Multitask when cooking to make more efficient use of your time. Also, have fun.” 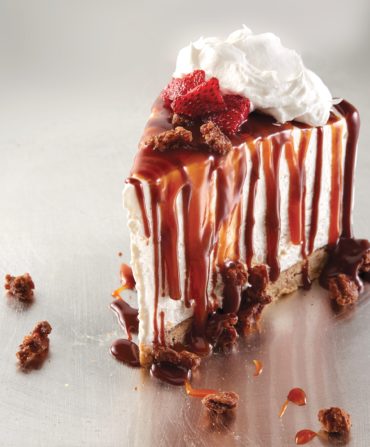