Not many people would make the leap between breakfast cereal and whiskey, but that’s just what triggered New Orleans mixologist Kim Patton-Bragg’s inspired riff on bourbon milk punch. “I’d been asked to create a breakfast drink for the Tales of the Cocktail festival,” she says, “and one morning, when I was looking down at my Cheerios, I saw the whole grains label on the box. My next thought was, well, whiskey has whole grains, too, and from there the idea of combining milk, cereal, and bourbon all made perfect sense.”

The resulting cocktail, which she calls the “Cereal Killer,” is a sweet-hot mix of Honey Smacks—which beat out Captain Crunch and Cinnamon Toast Crunch in Patton-Bragg’s recipe trials—Rebel Yell bourbon, and whole milk. Patton-Bragg prefers to make a big batch a day ahead to let the flavors meld before straining off the cereal. Then, she pours the remaining liquid into a pitcher, nestles some ice cubes into Collins glasses, and garnishes each drink with a couple grates of fresh nutmeg. And if you’d rather have yours with lunch or at happy hour, that’s okay, too. “People ask for it at all times of the day,” Patton-Bragg says, “whenever they want an eye-opener.” 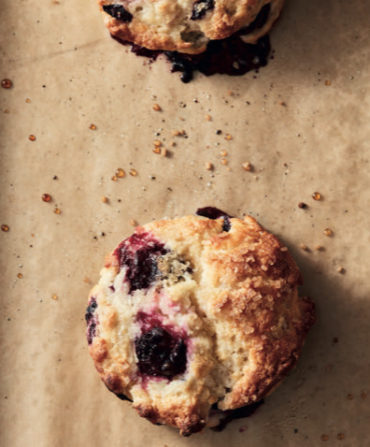