Kentucky’s Ale-8-One Gets the Cocktail Treatment

A sweet and spicy drink loaded with Bluegrass State flavor “I’m a Kentucky girl born and raised, so I’ve been around Ale-8-One all my life,” says Stacie Stewart, general manager at MilkWood in Louisville. “But I also grew up very strict Southern Baptist, and cocktails were not something we did.” Stewart may now be one of the city’s top mixologists, but her love of the uniquely local ginger-and-citrus soda remains. Ale-8-One is less sweet than most sodas, making it especially cocktail-friendly: “You can use any base spirit with Ale-8-One and it’ll enhance them without overwhelming the flavor,” Stewart says. Her drink, The Commonwealth, will be the flagship cocktail at Whiskey Dry, a new bourbon-focused bar Stewart is set to open in Louisville this summer with the owners of MilkWood. It pairs a fine Kentucky bourbon (naturally) with Ale-8-One, a little coffee, a little sorghum syrup, and a simple homemade black pepper tincture that adds a sharp spice but is entirely optional.

Recipe from Stacie Stewart of MilkWood in Louisville, Kentucky. 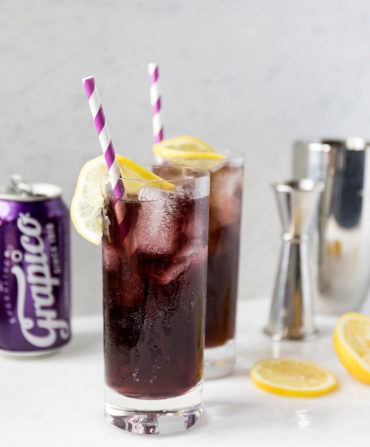 A Tarheel State–inspired twist on the classic gin and tonic