A Bloody Bull is an even richer spin on a Bloody Mary. Make it batch-style, like one G&G writer’s family, and prepare to bowl over your party guests 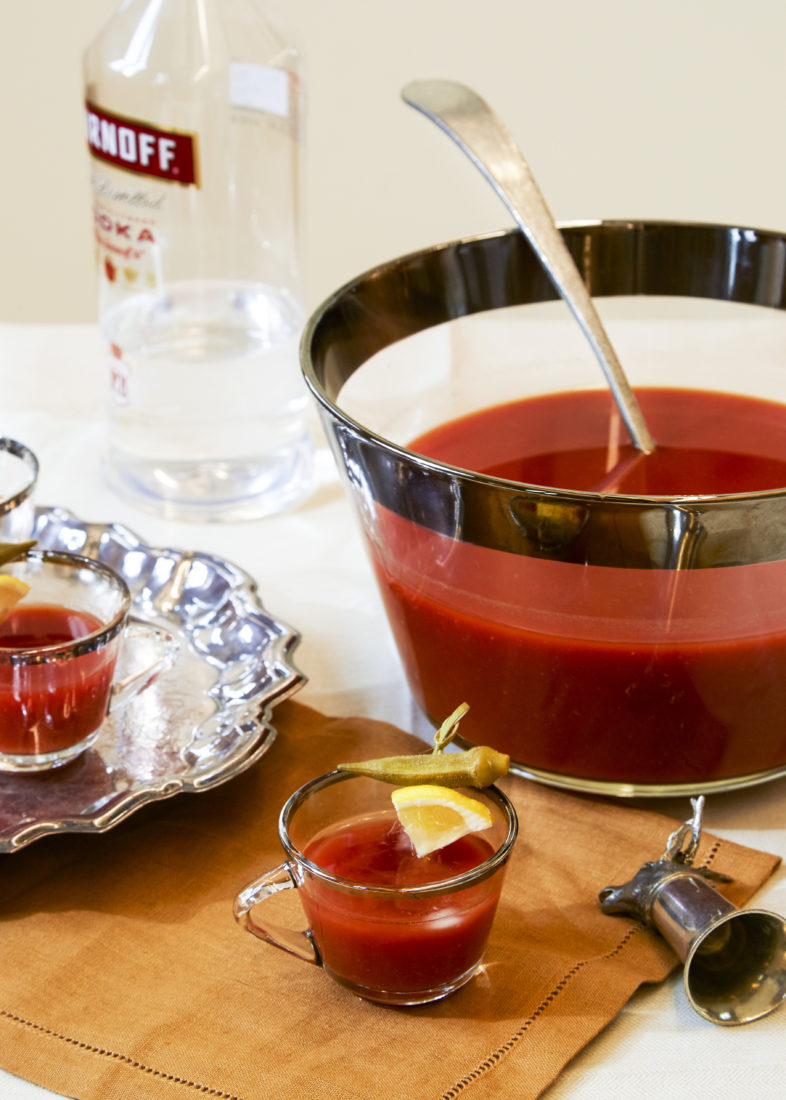 Wright Thompson’s Traditions column on his wild family Thanksgiving in our October/November 2018 issue resonated with readers—after all, no one does the “tribal ritual of caloric excess,” as Thompson puts it, quite like Southerners. But around the Garden & Gun office, we were especially intrigued by a photo Thompson shared with us of what we thought to be his family’s Thanksgiving Bloody Mary bar, complete with a pre-mixed base in a punch bowl—why hadn’t we thought of that?

When we asked for the recipe, though, Thompson’s mother, Mary, set us straight: The batch cocktail was a Bloody Bull—essentially, a more savory Bloody Mary made with beef bouillon. While Owen Brennan, the founder of Brennan’s restaurant in New Orleans, is credited with inventing the cocktail, Thompson’s grandparents, Mary says, fell in love with it just down the street, at the storied Carousel Bar at Hotel Monteleone: “This was Wright’s grandparents’ favorite bar in their favorite hotel,” Mary says. “They either got the recipe or duplicated it at home, and the drink became a family standard.”

We think it might become one for your family, too. Everyone Agrees: Here’s the Key to the Perfect Bloody Mary

At long last, the debate is settled. Or is it? Spicy, strong, garnished, salt-rimmed—the beauty of this quintessential brunch cocktail is that nobody prepares it quite the same way, but these recipes make for a good start